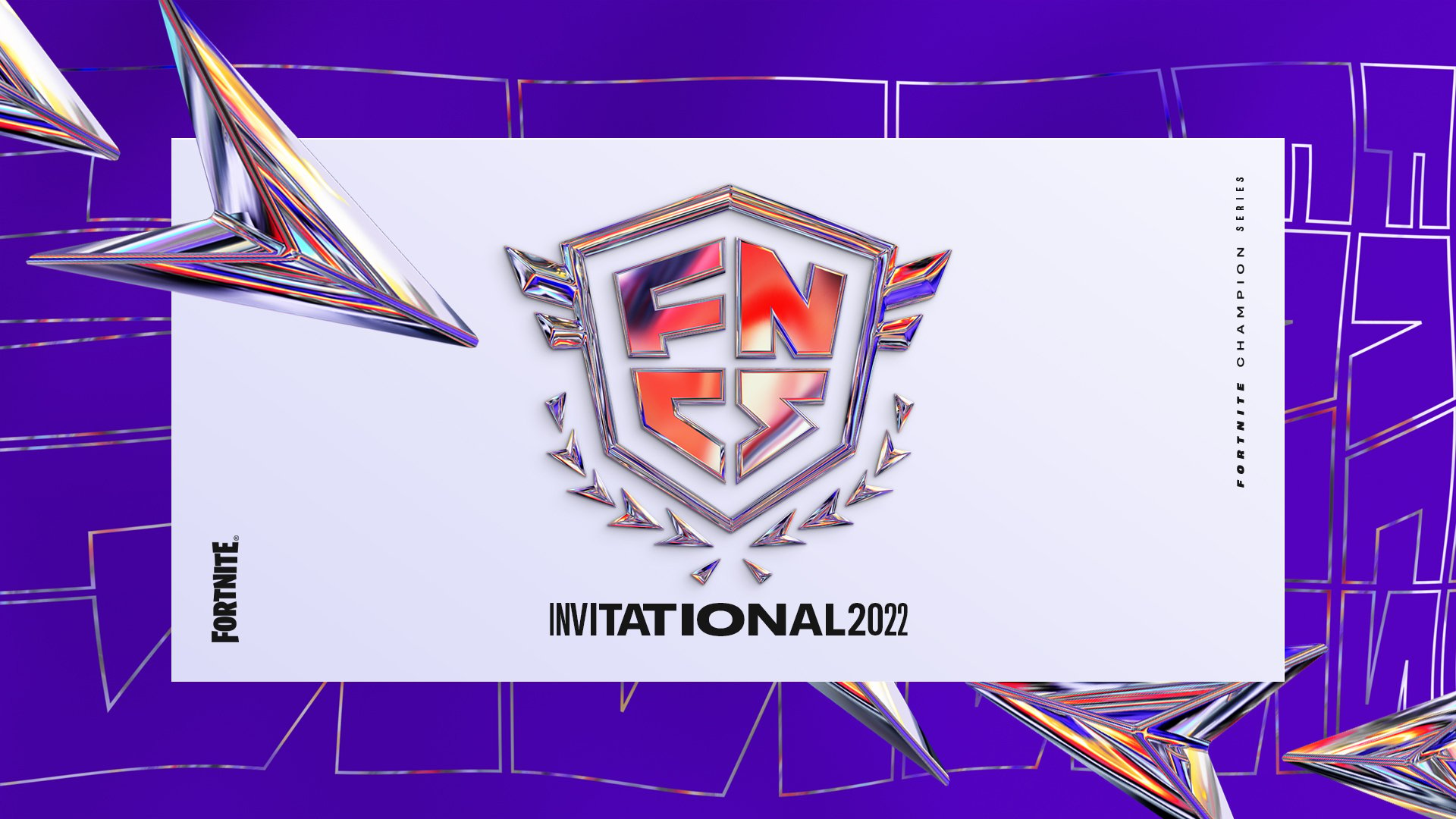 The Fortnite Champion Series (FNCS) is the official name for the competitive side of the game, hosting yearly competitions to put each region’s best players against one another. Now, after three years of remote matches, Epic Games is preparing to host the first in-person event since the pandemic.

The FNCS Invitational 2022 will mark the return of the previous Fortnite champion Bugha and many other professionals from across the world. Outside of proving their skill in the game, this will also serve as a unique opportunity for the talent and players to network with one another.

With only a few days left until the competition begins, players are gearing up and preparing to travel to Raleigh, North Carolina for the FNCS Invitational running through Nov. 12 and 13. The hosts and talent seem to be enthused about it as well, with the energy at this event expected to be astronomical. The FNCS is back and that means a new championship duo will be crowned.

Dot Esports spoke with three members of the FNCS Invitational talent lineup ahead of the competition about the strategy going into the game. Scott “Miniminer,” Taco, and Jacob Arce discussed what they anticipate from the upcoming event and who they think has the best chance at securing the top spot.

How did you get started in Fortnite hosting, analyzing, or otherwise?

Miniminer: Through my efforts with content creation, I was signed by Team New Age (TNA), an esports and lifestyle organization, and a year or so later, they hosted a $16K tournament for NAE pros. I got a message from Kirsh, the owner of TNA, to ask if I’d like to commentate for the first time, alongside the great MonsterDface. As a huge fan of his, and Fortnite Competitive overall, my answer was of course: “yes, I’d love to!”

Taco: My agency @badmoontalent presented me the work opportunity. It’s been a blast analyzing competitive Fortnite and I’m looking forward to seeing the clash of every region’s pros during the FNCS Invitational.

Arce: I got my first chance with UMG Gaming’s Friday Fortnite, back in the early days, thanks to Ryan who worked at UMG Gaming. From there, I had a chance to create my own opportunity with casting, hosting, analyzing, and even producing an entire event for a student-athlete event with the University of Louisiana Monroe. I had a co-caster, Colin Clarke, but everything—including replays, graphics, and stream—was all done while I casted the matches.

What will teams need to prioritize to ensure a win?

Miniminer: The most important thing to find success in a Fortnite season is mastering the meta for that season. The teams that best take advantage of the new locations, items, and weapons introduced into the season will be the team that comes out on top.

One of the crucial additions this season is the introduction of Chrome Splashes that allow players to transform into a Chrome Blob that make for effective end and mid-game rotations. The teams that can properly take advantage of this mechanic at the FNCS Invitational are going to be in the best position to find success in end game, particularly as they can be so effective when used correctly.

Taco: Surge management for sure. With Snipers having been removed, it should make for a much more interesting mid-game.

Arce: They will need to prioritize how they deal with the Storm Surge. You don’t want to fall too far behind because in these stacked lobbies, it will be one of the hardest things to find for most players. When you are ahead, you have to not over-peek and give away chances, but when you are behind, you need to be able to find a way to get the tags. Falling behind will have you playing catchup to the teams who get to shift focus on other things if they plan well enough.

Who do you think will be one of the toughest duos to beat? Any underdogs
you’ve got your eye on?

Miniminer: When looking at the best teams in this 50-duo lobby, you have to look at players that have found success at in-person events before such as Bugha, Malibuca, and EpikWhale to be most likely to have the know-how and experience to handle such events. Not forgetting the online FNCS champions TaySon, Veno, Mero, Queasy, and Reet, to name just a few. While these are all star-studded names, at this invitational, I think it’s going to be tough to beat Jannisz and Vadeal if they have their Greasy Grove drop spot uncontested. Last season, under similar uncontested circumstances, we got to see how strong this duo can be with an FNCS win, achieved by their map knowledge and usage of genius dead side rotations from Jannisz. If they can manage their Surge well off-spawn, I expect this duo to be in the top five.

Taco: There’s honestly quite a few that could be argued as “toughest duos to beat,” but Jannis and Vadeal would have to be my pick for right now. Also, I don’t know how much I’d credit them as “underdogs,” but Alex and Baily might get a little active if you catch my drift.

Arce: Bugha and Mero: They have proven to be one of the most consistent teams in the game’s history. From different metas to solos, duos, and trios, they have been at the top of it all.

I don’t think it’s really fair to call any of these teams underdogs considering only the best of the best in Fortnite have made it this far, but if I had to choose one, it would be On1 and Bacca. Coming from NA-West, they are a scrappy team that know how to end fights quick if they get into one. Being able to do that will be key when fighting in these stacked lobbies.

What’s the most important thing for competitors to remember during the
game?

Miniminer: As much as there are many things in the game that players will have to focus on, these are likely to be natural and typical for the players that are used to playing the game for hours on end every single day. What will be new for a lot of the players is playing at an in-person setting with the pressure of a live audience and the unfamiliarity of a different computer setup to what they might have at home. Combine this with the addition of a lobby full of players from all over the world with new strategies that may be alien to them, [and] the typical feel of a Fortnite game starts to present a whole host of new challenges.

Taco: Controlling their mental—sitting for hours under tense competition in front of a live audience screaming all of the things is extremely draining. No matter how unlucky you get during a match, you can always still hit a highlight-reel moment in the next one.

Arce: Mindset is everything. Twelve games across two days… it’s easy to get lost in a moment. You need to remember that one game doesn’t define you and that you can pop off and bounce back at almost any point in the game (barring, you don’t wait for games 11 and 12 of the event).

Miniminer: I would love to see a solo FNCS again. Although a lot of players would prefer team-based game modes, I think the storylines that can be developed through solos are unmatched. Moments such as the Bugha domination at the World Cup got to shine such a huge light on him as an individual and the fan base that he developed from that event was incredible. I’m a huge fan of watching and analyzing solo gameplay because there’s so many elements to it that add a different flavor to the gameplay and external narratives.

Taco: Zero Build is the most fun game mode.

Is this your first time at an in-person Fortnite Competitive event? If not, how do
you think the energy will be returning in person?

Miniminer: The FNCS Invitational will be my first time at any in-person Fortnite Competitive event. I’m so excited to see the players and fans in person and get to work with the amazing broadcast team on both talent and production again. I remember watching the World Cup event back in 2019 and was wishing that I could be there, so to not only be attending the event but also covering it on the show is a dream come true for me. I’m sure that the energy at the event will be incredible and I have no doubt that it’ll show on the broadcast to those at home as well.

Taco: It’s my first time at an in-person event, and I expect the venue to be roaring.

Arce: No, I’ve been to quite a few in-person Fortnite events from World Cup, TwitchCons, DreamHacks, you name it. I think the energy here though will be insane. You not only have the biggest names from across the world competing, but you also have some of the biggest names on Twitch and YouTube. For a $1 million prize pool, it’s going to be an event that everyone will remember forever.

What are you most excited about during the FNCS Invitational 2022?

Miniminer: On a personal level, I’m excited to meet the players in person, the artists of the game that we love, and those responsible for some of the greatest moments in Fortnite history. I’m hyped to get to see them perform live for us to enjoy. I’m also incredibly excited to see how some of the lesser-known and smaller regions stack up against the giants of EU and NAE. Will we see a big upset? How will the teams address some of the new challenges that come with unfamiliarity?

Taco: Getting a chance to finally meet the players—it’s always fun putting faces to the gameplay and hearing their thoughts directly.

Arce: I’m excited to see which player cements themselves as the best player in Fortnite. From Bugha to Th0masHD to K1ng, so many players across many different regions all fighting for a legacy in the game. It’s history in the making.

If you could give one piece of advice to players, what would it be?

Miniminer: My advice for the players would be to make the most of this opportunity, make some friends and speak to people that you never thought you would. This is a huge opportunity for players to expand their own brands and make new connections in the space while also widening their skills and knowledge about how to play the game against a wide variety of playstyles from different regions. As much as this is a hugely competitive event with $1 million on the line, the memories that these players make will stick with them for the rest of their lives, so I’d love to see players have fun and allow their personalities to flourish. It’ll make an amazing event even better that way.

Arce: I know it might sound like something their parents might say, but my piece of advice is to start thinking about their future today. There’s more to taking advantage of current opportunities than just playing the game. If they set themselves upright in the now, then the less they have to worry about later.