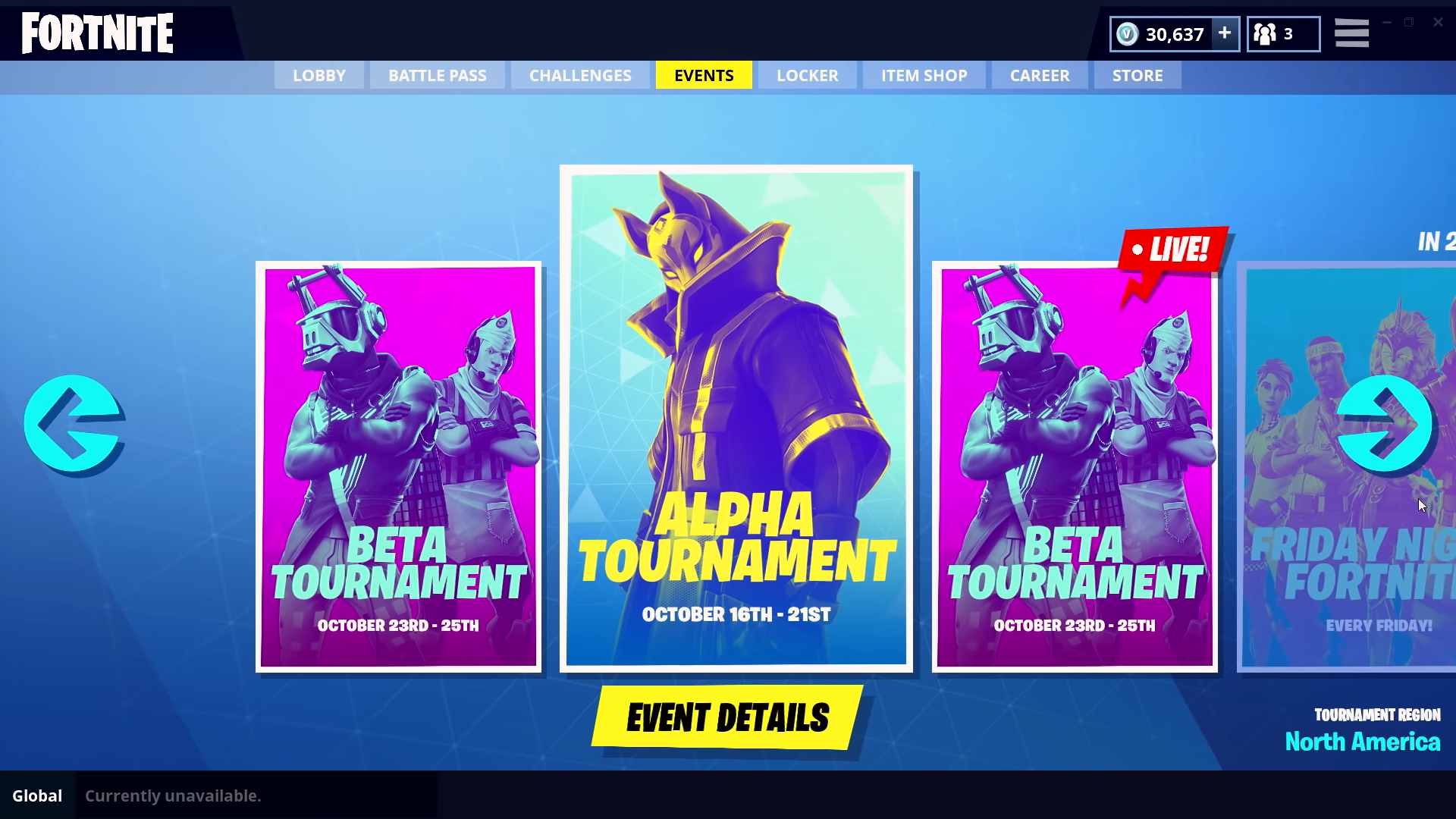 The Alpha Tournament is a special Fortnite event that started on Oct. 16 and will last until Oct. 21. Players can take part in Solo daily trials of the event to face off against opponents in their region for the chance of earning a special pin as a recognition of their skill in the game.

Players can earn points based on their performance in each match of the Alpha Tournament. The more kills you get and the higher you place, the more points you get in the match.

But the Alpha Tournament is open for short, three-hour periods every day. It’s not possible to play it in any other moment before or after this window. Since the tournament is regional, players in each part of the world will play the game at times Epic chooses for their timezones. Regardless of the region, most Alpha Tournaments open in the late afternoon or early evening and close at night.

Check below to see when the Alpha Tournament starts in your region. If you’re not sure which region you’re in, go to the in-game Events tab and check the bottom right of your screen.

If you are in North America, please note that the tournament starts at the same time in the West and East servers, but the matchmaking is restricted to the region you’re in.