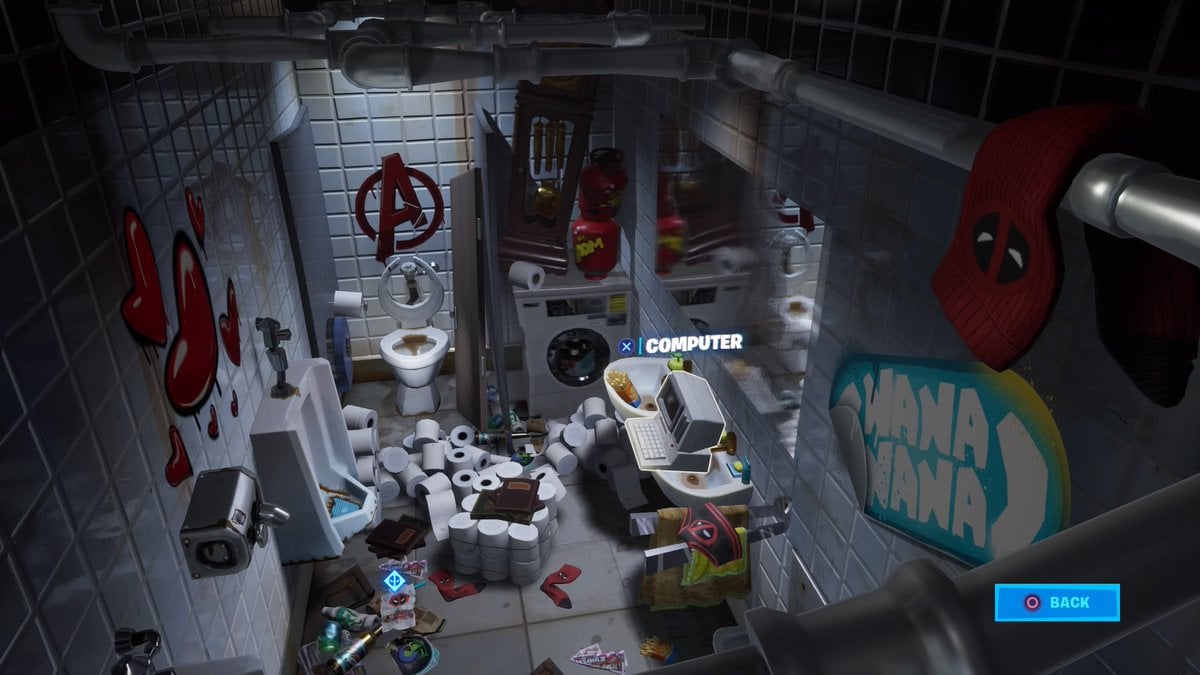 The Deadpool challenges are one of the most exciting additions in Fortnite Chapter Two, season two. Players are trying to complete them as quickly as possible in the hopes of getting their hands on a skin based on the hilarious superhero.

To access Deadpool’s room in Fortnite Chapter Two, season two, players simply need to interact with the small vent that’s to the right of the Challenge Table and below the Upgrade Vault. Once you do that, you’ll be taken to a filthy bathroom with a computer sitting on top of a pair of sinks.

When you interact with this computer, a list of Deadpool’s weekly challenges will appear. But right now, only the week one challenges are available for some players.

The week two Deadpool challenges will involve finding Deadpool’s milk carton and chimichangas, according to reliable Fortnite data miner ShiinaBR. The milk carton is located in the same room as Deadpool’s computer. Three chimichangas will reportedly be found under the Challenge Table, in the Upgrade Vault, and in Brutus’ agent room.

Whenever these challenges become available to all Fortnite players, they should be relatively easy to complete.