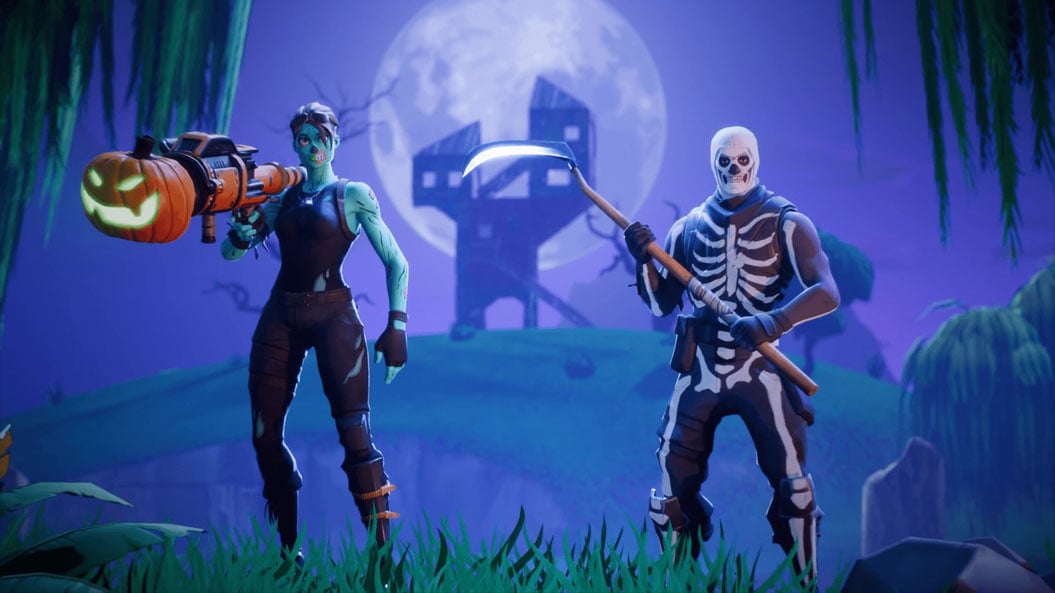 An update for Fortnite: Battle Royale and Save the World went live today to fix different bugs and glitches.

At time of writing, Epic Games hasn’t released a set of official patch notes for the latest update. That means players have to rely on information found by data miners if they want to try to figure out what changed in this update.

The following issues were addressed in the v11.01 patch, according to Epic’s official Trello board for Fortnite:

One of the game’s most popular data miners, FNBRHQ, said that Epic made a number of improvements to avoid frame drops and increased challenge experience to 52,000 XP per challenge.

In particular, fans should be excited about the return of the Skull Trooper skin and the addition of the Grinning Ghoul Backbling.

Another popular Fortnite skin, Ghoul Trooper, will finally be returning to the Item Shop after a long absence with a new skin variant.

Another data miner, ShiinaBR, posted tons of new skins that are styled for Halloween. The game’s spooky event, Fortnitemares, should be just about a week away.

ShiinaBR and MakksBR also shared a video of a new emote called Zombified.

All players will receive a free Ghoul Trooper skin variant to celebrate Halloween, according to Shiina.

If players don’t mind having the next batch of cosmetics spoiled, ShiinaBR posted a video showing off all the upcoming skins headed to Fortnite.

Here’s an image from FireMonkey revealing all of the cosmetics that were added with today’s patch.