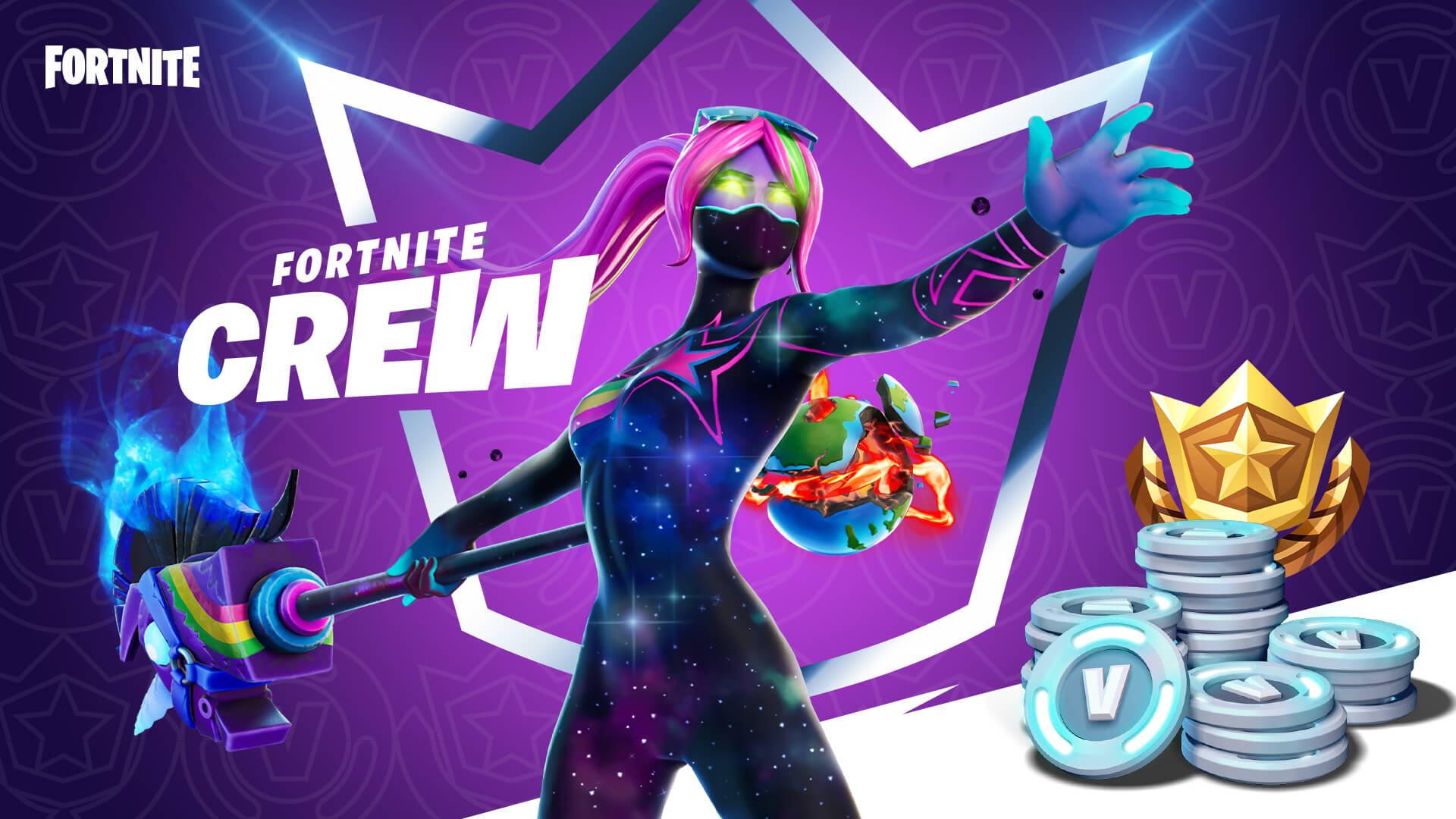 Epic Games is launching a new monthly subscription service called Fortnite Crew, the company announced today. It will arrive on Dec. 2 alongside Chapter Two, season five. The subscription includes a Battle Pass that grants access to the full season, 1,000 bonus V-Bucks, and an exclusive outfit bundle every month.

The Fortnite Crew is priced at $11.99 a month, which is practically the price of the Standard Battle Pass. Each basic pass costs 950 V-Bucks, converting to a little less than $10. The 1,000 V-Bucks included currently costs $9.99 as well.

You can learn more about this subscription service on Fortnite’s website. Those who already bought the Battle Pass but wish to subscribe to Fortnite Crew will receive 950 V-Bucks back.

The Fortnite Crew pack of December will feature the Galaxia outfit the Cosmic Llamacorn pickaxe and Fractured World back bling.