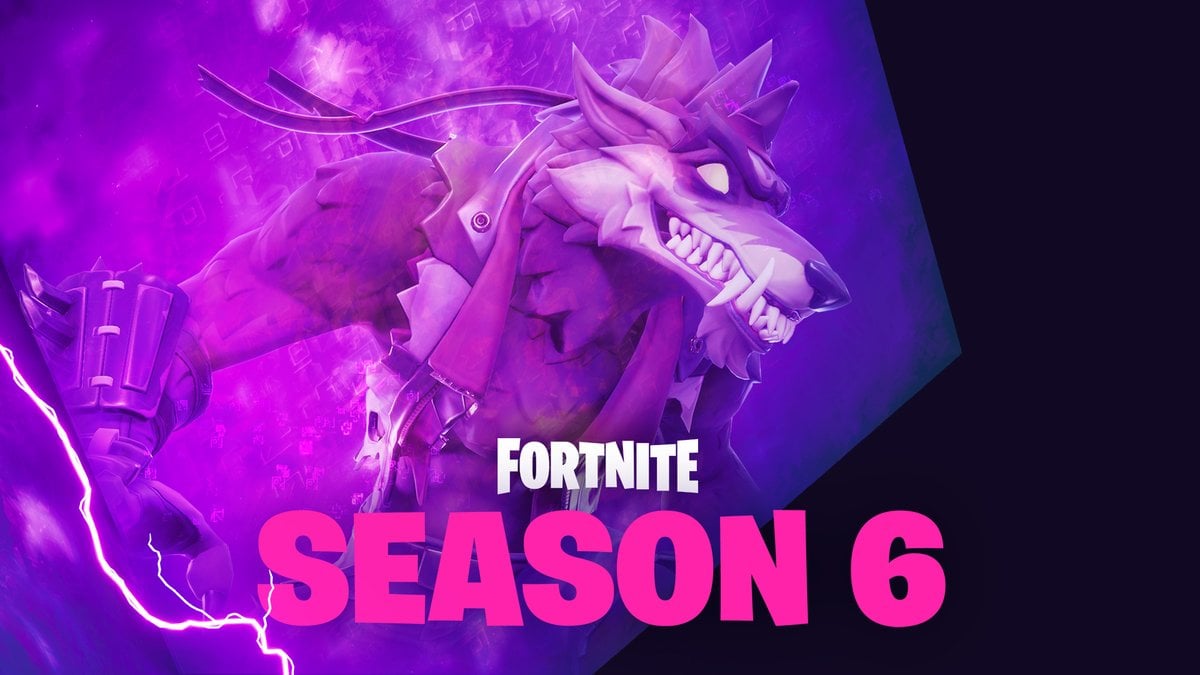 The next season of Fortnite is just a day away, and Epic Games has dropped the third teaser image in attempt to excite fans.

On Sept. 27, the sixth season of Fortnite will arrive. But today, a teaser image displaying a wolf of some kind and purple lightning bolt was released. The tweet simply reads, “Season 6… tomorrow.”

While it’s not a certainty, the lightning bolt, which showed up in the first and second teaser images as well, is definitely a part of a theme in season five. With the giant cube wreaking havoc on the Fortnite map as a result of a powerful lightning strike, it’s anyone’s guess what the lightning could do before season six.

The cube has done many things since arriving in Fortnite, the latest of which was entering Loot Lake and transforming the body of water into what is essentially a large trampoline. The lake is now a giant bouncy pad, something that may play into the season changes.

And so far, the theory that season six will have a Halloween costume party theme has not been disproven. It would make sense if it were, since the 10-week season will run through all of October and into November.

Season six of Fortnite: Battle Royale will kick off on Thursday, Sept. 26.