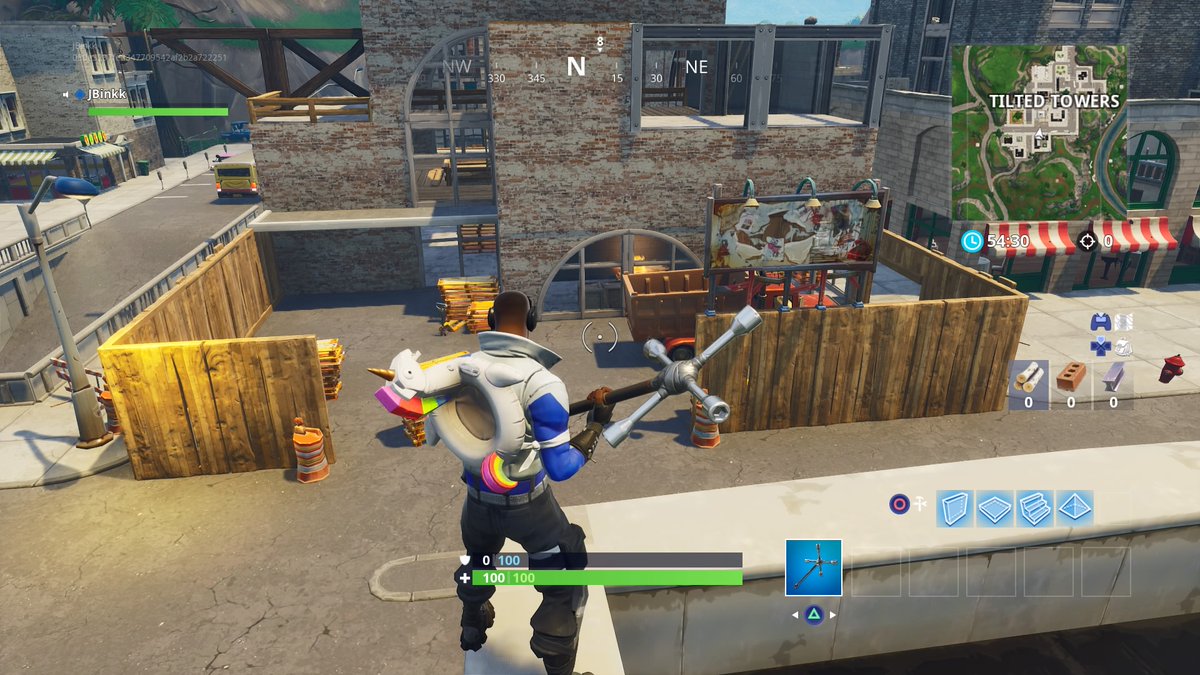 There are several mysteries that Fortnite: Battle Royale players have been trying to solve this season—but Epic Games may have just expedited the process for some in-game detectives.

Today’s developer update might have accidentally revealed the end result of one of the buildings in Tilted Towers that has been under construction all season.

A Reddit user took a screengrab from the developer update video, which shows a building with a big fish mounted on the wall, as well as a banner and some balloons. Based on the nearby building and the player’s in-game location on the mini-map, it seems like this could be the finished product of the construction site.

Some Fortnite fans also noticed that the player in this screengrab had Rare (blue) Dual Pistols, which don’t exist in the game at this time. This could mean that the Dual Pistols might receive a rarity adjustment in the near future.

Thanks to this developer update, however, it’s clear that Fortnite players will be paying close attention to the construction site in Tilted Towers for the foreseeable future.