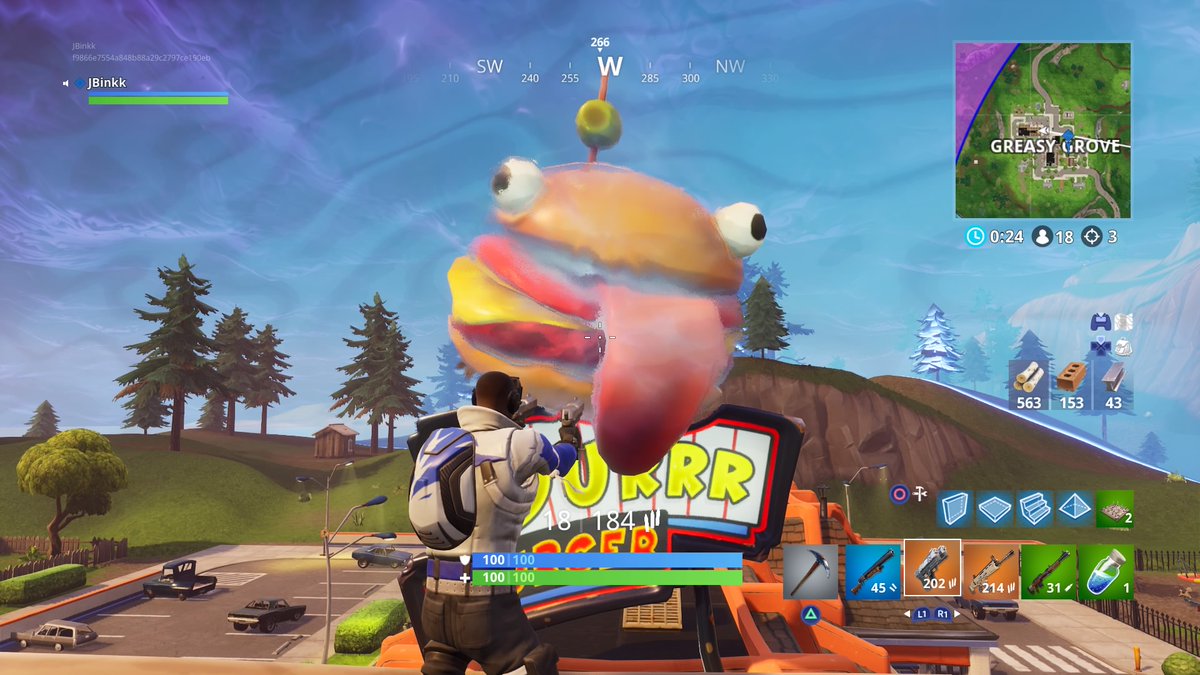 One of the biggest mysteries right now in Fortnite: Battle Royale revolves around the portals that are appearing across the map following the in-game rocket launch.

Over the past week, portals have been showing up, consuming or destroying signs and parts of in-game buildings. One portal, for example, was found at the Durrr Burger restaurant in Greasy Grove—and now it seems like someone may have found out what happened to the giant slack-tongued sandwich.

A portal appeared near the big Durrr Burger sign on July 4 and it vanished yesterday, July 5. Fortnite fans have been trying to figure out where this sign went—and photographer Sela Shiloni may have the answer.

While "scouting shoot locations for an upcoming photoshoot," Shiloni discovered a giant real-life Durrr Burger in what appears to be a desert in Palmdale, California.

This is probably part of a big marketing campaign by Epic Games, the developer of Fortnite. But, if the Durrr Burger has been spotted in real life, does this mean that other signs will show up, too?

Other portal-bitten monuments are the welcome signs at Lonely Lodge and Motel, the giant tomato from the Tomato Town restaurant, and the NOMS sign from Retail Row. If the Durrr Burger is in California, then these other signs might be spread out elsewhere around the world.

Epic hasn't confirmed or commented on this real-life Durrr Burger. Who knows, maybe Epic wasn't involved in this situation and an ambitious Fortnite fan did this on their own.

Be on the lookout for more Fortnite signs showing up in real-life locations.

Update July 7 2:45pm CT: Twitter user @A2K_Kilo posted updated photos from the site of the real-life Durrr Burger last night. A2K_Kilo reportedly received a business card with a phone number from someone at this location.