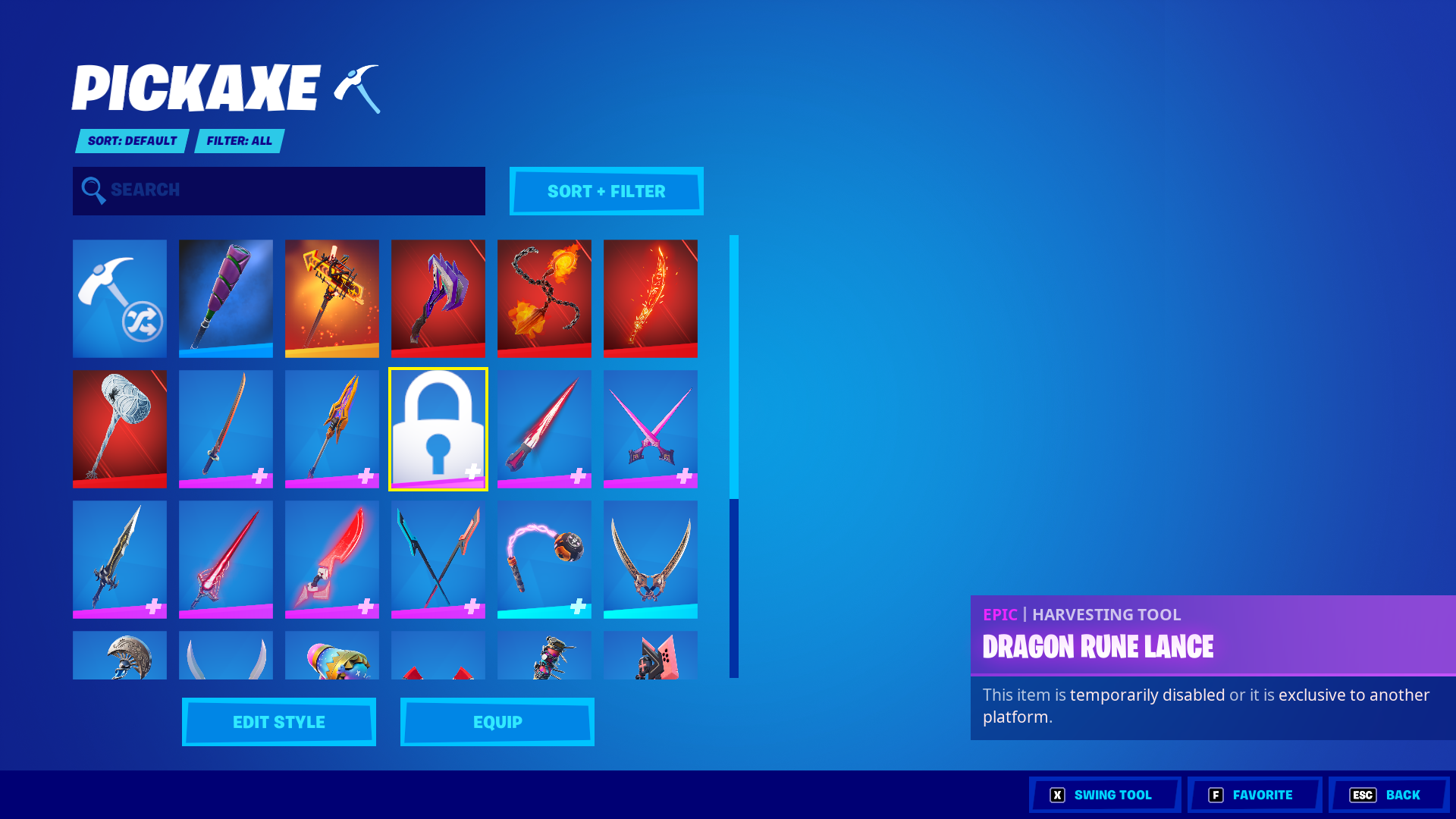 With the variety of past, present, and future assets that Fortnite has to manage at one time, it makes sense that the game occasionally runs into bugs. And one of Epic Games’ newest additions to Fortnite is causing an issue for players of the game.

The Dragon Rune Lance was causing players’ footsteps to be silent and showed no visual audio symbols while the pickaxe was equipped. Thus, the pickaxe has been temporarily disabled, the Fortnite Status Twitter page announced today.

This Dragon Rune Lance is a part of Adira’s cosmetic set and looks like a giant pointed lance with energy coming out of the end of it. The lance is also part of an emote where Arida takes it out and spins it around, and that has been removed as well.

It’s unclear when the Dragon Rune Lance will be added back into Fortnite, but most bugs in the game are resolved pretty quickly. Players can likely expect a hotfix within the next 24 hours or a few days, if not sooner.

Players have been quick to point out other weapons that have also had this glitch in the past. Some users reported that the Guardian Daggers, which were Erisa’s daggers from last season, had a similar effect, but Epic didn’t patch it at the time.

This bug is obviously frustrating to players who are on the other end, especially when they get shot by someone they didn’t see coming. And since it affects the visual audio, it also puts players with hearing impairments at a disadvantage.