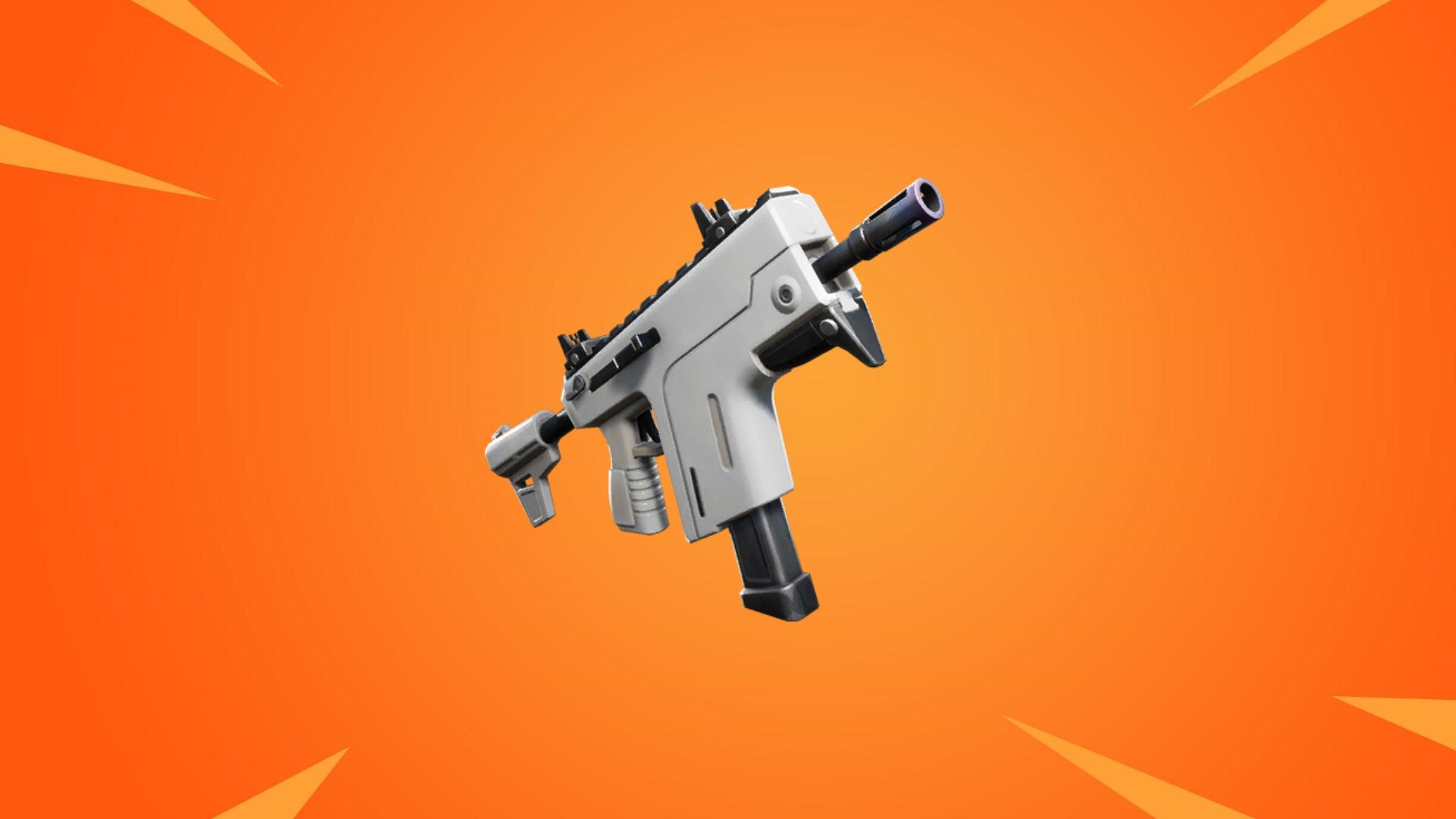 Fortnite: Battle Royale should get a new submachine gun soon.

Data miners have found data and an image of a Burst SMG. It’s unclear if that’s the official name of the gun, but that’s how it’s described in the v9.10 updated game files. It should come in Common, Uncommon, and Rare variants that deal 23/24/25 damage each short-range, with a minimum damage of nine at max range. Its fire rate is described as 3.4 by the database website Storm Shield One, which means it fires slower than a standard submachine gun.

But if the gun’s name has anything to do with how it works, it probably means it fires a few shots quicker than a weapon of its class, but it could have a long delay between bursts.

Other stats give us little information about how it works. Its reload time is about 2.4 seconds depending on the variant, and all rarities use light bullets. Taking its damage and stats into account, it looks more like a burst Pistol than a submachine gun.

We have yet to learn how the Burst SMG will affect the Fortnite meta, but previous burst weapons might give us a hint at it. When the Burst Assault Rifle was in the game, it was either too strong after buffs or too weak after nerfs. Despite shooting faster than the usual AR, the Burst AR was hard to use efficiently due to its decreased accuracy after the first shot. It made using the standard AR a better option despite its slower rate of fire. There are no burst weapons in Fortnite: Battle Royale standard game modes today.

Data miners are speculating that the Burst SMG could come as part of next week’s update, which could be a Content Update. Epic rarely releases new guns midway through an update, so since this one didn’t make it to the v9.10 patch, data miners are likely correct.