All bosses and where they’re located in Fortnite Chapter 2, season 4 - Dot Esports
Skip to content 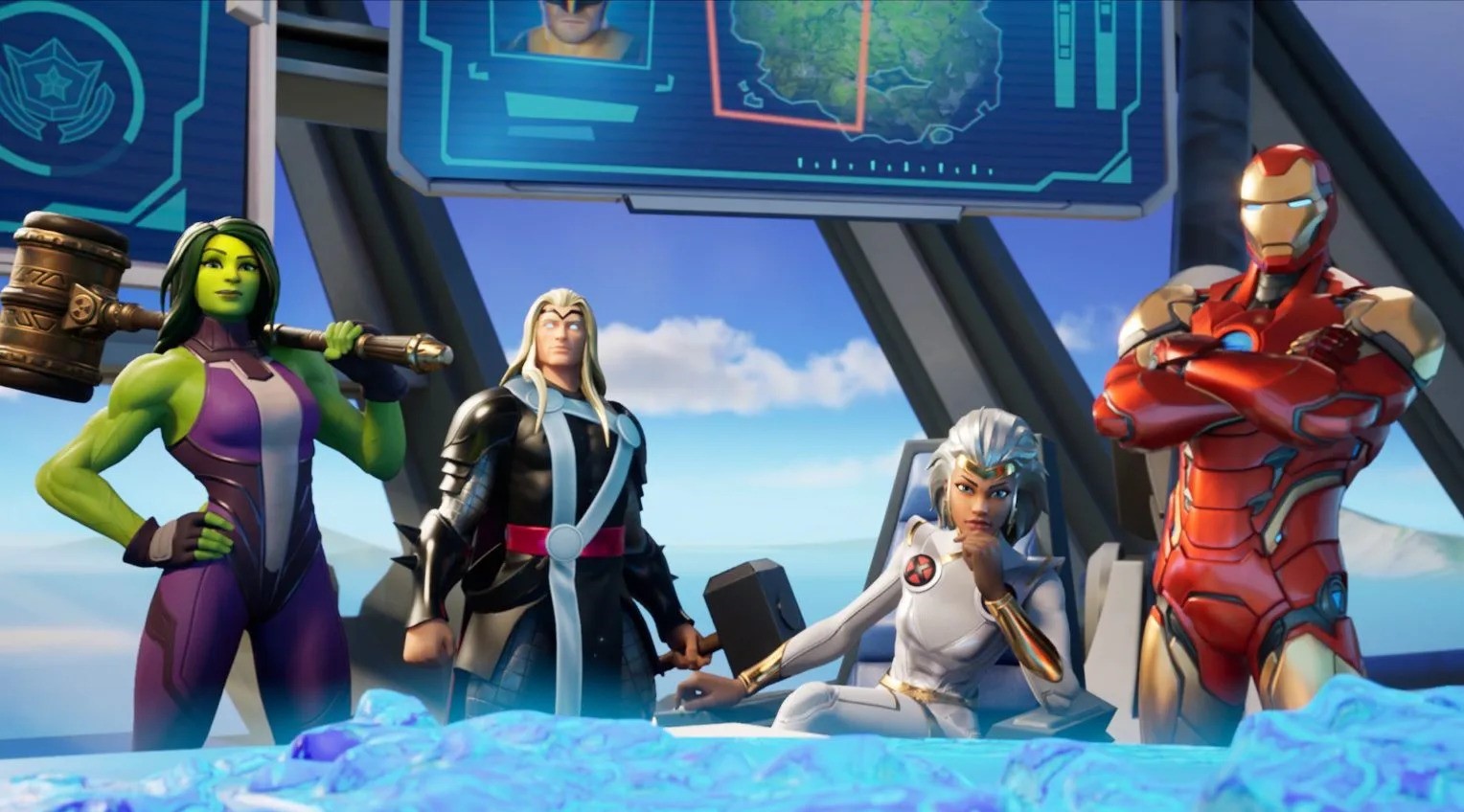 Epic Games and Marvel have teamed up for Chapter Two, season four of Fortnite, bringing some of comics’ most iconic heroes and villains to the game.

The heroes and villains will have to join forces and fend off a god-like entity—Galactus is drawing closer by the minute, shooting through space with one thing on his mind.

But before players battle big-boss Galactus, which will inevitably come in the closing stages of the season, there’s a few other bosses to fight first.

Here’s where you can find them on the Fortnite island.

Doctor Doom, supervillain and archenemy of the Fantastic Four, has moved into Fortnite’s Pleasant Park. Now named Doom’s Domain, Doctor Doom can be found in his own base, complete with trigger-happy guards.

You should find Doctor Doom patrolling around Doom House, in the north of Doom’s Domain. He can be found in any number of places, though. Wandering around and checking every corner is recommended.

Doctor Doom has two Mythic items that give him his superpowers. If you take him down, he’ll drop his items, giving you his abilities. But killing him and claiming his loot is no easy task.

If you have the strength to kill him, though, he’ll drop a card that unlocks a secret vault located under the soccer pitch in the old base.

Iron Man can be found brooding around Stark Industries, a giant complex in the northeast part of the map. He’s usually the good guy, but he’s not too keen on sharing. If you take him out, you’ll be rewarded with a shiny new pair of rocket gloves.

Galactus has let the Gorger loose—a special variant of the Gatherer Drones—to wreak havoc on the Fortnite island.

Unfortunately, it has a random spawn rate and can be tricky to find. The best way to seek out and destroy the diamond-shaped Gorger is by floating in the air as long as possible at the start of each match. The Gorger’s red beam will lead you right to it.

Galactus, the destroyer of worlds, is descending rapidly on the Fortnite island with one thing on his mind: Death. The giant cosmic entity operates without regard to mortality.

There’s still a way to go before he arrives and wreaks havoc, but he’s edging closer by the minute. Expect a battle of epic proportions to shortly ensue.

This article will be updated when more bosses and their locations are found.