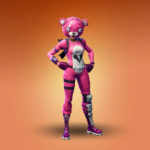 Fortnite skins are a great way to express one’s sense of fashion. The cosmetics have also proved to be a great way of monetizing a game without impacting its gameplay.

Epic Games adds tons of skins to Fortnite overtime via the seasonal battle pass and the in-game shop. Though most skins are only available within a certain period, Fortnite’s shop features different skins every day to give players a second chance to acquire them.

There are more skins available in Fortnite than anyone can count, so whittling them down to a simple list wasn’t an easy task. We decided to do a mix-and-match of our top skins based on the most popular ones that we enjoy the most and the ones that have a certain value within the Fortnite community.

Here are the best skins to grab in Fortnite, if they’re available.

At 2,000 V-Bucks, Cuddle Team Leader is one of Fortnite’s most iconic skins. It has a habit of appearing around Valentine’s Day, alongside its unique Back Bling—be sure to keep an eye on the store around February.

Love Ranger is another cosmetic that costs 2,000 V-Bucks and appears around Valentine’s Day. Its popularity is on par with Cuddle Team Leader and it even had alternative cosmetics appear over other holiday seasons for people to grab.

While Love Ranger may be the symbol of everything decent about love, not everyone might feel the same way. The original ranger’s alter-ego, Fallen Love Ranger, also costs 2,000 V-Bucks and comes with a unique set of challenges.

Anyone who’s lucky enough to get their hands on a Fallen Love Ranger bundle gains access to 14 daily challenges, which award players with 2,000 V-Bucks once they’re completed. This makes the skin pay for itself. 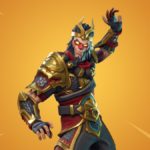 One cosmetic item that’s more close to home is the Wukong skin. It appears in both Save the World and Fortnite: Battle Royale and costs 2,000 V-Bucks. The Chinese legend usually appears in the item shop around the Chinese New Year or randomly throughout the year.

Players who opt-in for the bundle also get a thematic pickaxe alongside a cool dragon glider. 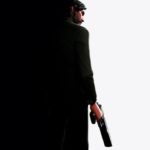 When The Reaper was first released, it quickly became known as the John Wick skin due to the similarities between the two characters. The skin was only given to those who made it to Tier 100 in season three’s battle pass, though. If you have this skin, it’s a cool way to show off how long you’ve been playing Fortnite.

Players who weren’t around when The Reaper was released can look out for the John Wick skin, which actually features the all-time popular hitman.

Raven’s considered to be one of the coolest skins in Fortnite. Though it may also be connected to it being super rare, with it only showing up in the store six times as of May 2020, it certainly has an exceptional vibe.

Priced at 2,000 V-Bucks, the skin’s glowing eyes and scarecrow-like aesthetics should make anyone trying to land on your builds think twice. 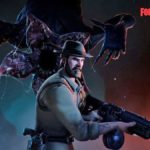 Epic has a reputation for bringing popular fictional characters that players may be familiar with to Fortnite. At 1,500 V-Bucks, Chief Hopper was a skin that all Stranger Things fans had to have.

Though it’s been a while since the skin was featured in the game’s store, expect it to make a comeback around the next season premiere of the Netflix show. While it isn’t featured on our list, fans of the show can also look out for the Demogorgon skin, which tends to hit the shop around the same time as Chief Hopper.

Not all popular Fortnite skins have to have a connection to fictional characters or feature cool effects. Some owe their spot on this list purely to being rare.

Priced at 1,500 V-Bucks, Skull Trooper was one of Fortnite’s seasonal skins and it only came back to the shop two years after its release. The game developer introduced an OG style for anyone who bought the skin in 2017, indicating that the skin may be available in future holiday seasons once again.

Owning this skin may also earn you the title of being a “sweaty” player since the Fortnite community assumes anyone with a rare skin is an extremely talented player.

Continuing on with ancient skins, Renegade Raider is one of the rarest pieces in Fortnite that still hasn’t come back to the shop.

At 1,200 V-Bucks, Renegade Raider was only available to players who were present during Fortnite’s first season and grinded to level 20. Back in those days, reaching a certain level would unlock new pieces to buy in the “Season Shop.”

Though the original skin might not come back to the store, an alternate or similar version of it may not be that far off in the future considering how things turned out for the Ghoul Trooper. 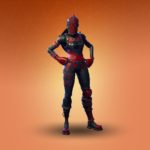 Though Red Knight lost its rarity a bit since it was featured one too many times in the store, the iconic shield that comes with its bundle still makes the skin a popular choice.

Priced at 2,000 V-Bucks, Red Knight has a grim medieval look and rocks a nice shade of red sprinkled around its black armor. Red Knight’s back bling, Red Shield, completes the look and gives a distinctive vibe to any Fortnite skin that shares the same characteristics.

Battle pass skins tend to be a bit hit or miss. While some earn the title of being legendary, like Dark Voyager, some become forgotten in the pages of the Fortnite history books.

Dark Voyager was a part of the Space Explorers set, which was introduced in season three. The skin unlocked at tier 70 of the season’s battle pass. Despite using the same formula with similar skins that came alongside him, like Leviathan and Dark Vanguard, Dark Voyager rose to fame with its futuristic neon finish.

Related: See the full list of All Fortnite Skins