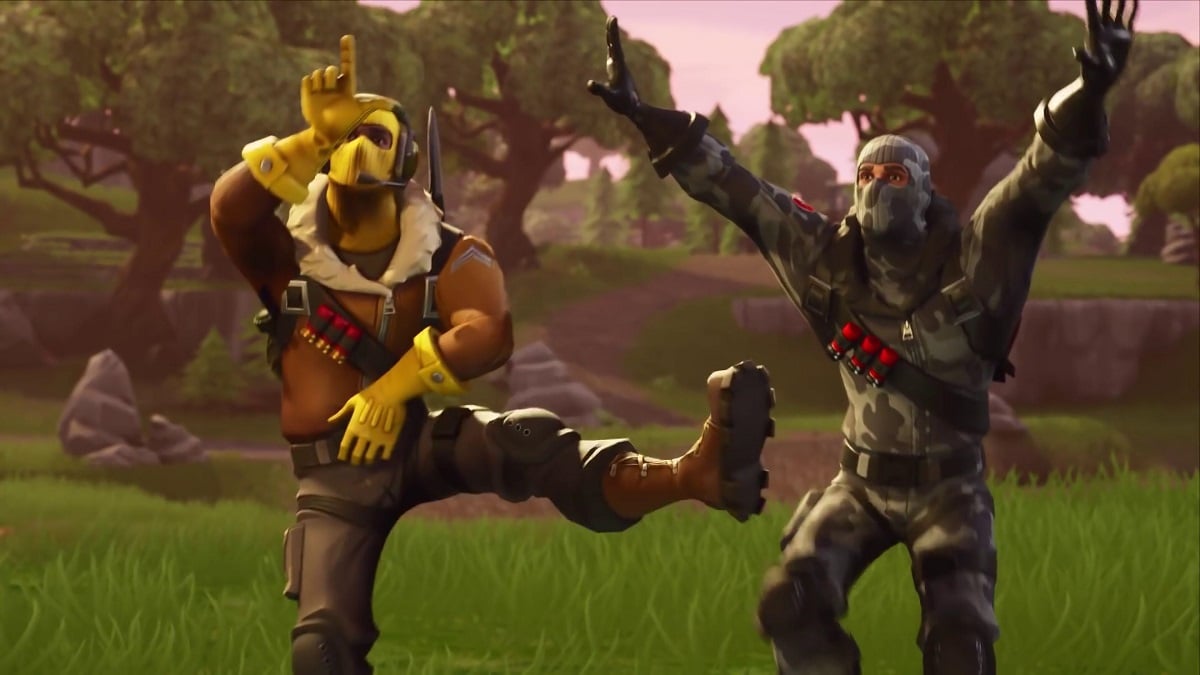 Fortnite’s Creative mode has allowed players to build a variety of impressive maps for different custom modes such as Prop Hunt.

Prop Hunt pits a team of props against a team of hunters with the props’ goal to collect all the puzzle pieces or survive before the hunters can eliminate them. Players who are given the prop role will be able to transform their appearance into many of the objects around the map to blend in and hide.

This game mode was made popular in Valve’s title Gary’s Mod that allowed players to create custom modes much like Fortnite Creative.

Here are some of the best Prop Hunt maps available in Fortnite today.

Due to the game mode relying entirely on the items laying around the maps, one of the best themes to suit the game mode is Toy Story. In this map, players will be placed in a child’s room with different locations such as a dollhouse and a range of different toys to take the appearance of. Given the sense of scale the creator Trizbear has used, the player will feel as though they are the small toys in this larger world similar to the films.

Eatyoushay has crafted an incredible water park that looks authentic. Equipped with slides, pools, and shower facilities, there are plenty of places for players to hide among many of the map’s objects. Players can assume the appearance of water-based items and hide on top of the water, adding a new dimension to the hunter’s necessary searching. Indoor Water Park is an extremely high-quality map perfect for playing Prop Hunt on.

The Simpsons are one of the most popular themes for Prop Hunt maps and on this one of Marablind’s creations, players will be set in one of the show’s most iconic locations, Krusty Burger. This burger restaurant is full of different objects that props can utilize as well as allowing players access to the outside littered with more objects and vehicles that can be used to assist in hiding away from hunters. The use of items and colors in this map makes it a perfect rendition of the classic show and one of the best prop hunt maps today.

Sticking with the restaurant theme, this prop hunt map created by HFDGamer will place players at the notorious Freddy Fazbear’s Pizza Pit from the Five Nights at Freddy’s game franchise. Inside the trashed restaurant, players will find an eerie atmosphere filled with many of the animatronics that can be utilized for hiding purposes. Players who are familiar with the series will notice the details that have gone into recreating this location in Fortnite down to the iconic office room.

Marablind has recreated some of Bikini Bottom’s most well-known locations in this Prop Hunt map. The underwater setting includes Spongebob’s pineapple, Squidward’s house, and Patrick’s rock right across the road from the Krusty Krab. As one of the smaller Prop Hunt maps, this is perfect for players who are only playing with smaller groups. There are plenty of items scattered around and loads of open space to hide in plain sight.

Another smaller map for Prop Hunt, The Yacht is perfect for smaller groups of players to utilize as well as still being playable with more. As the name suggests, this map is set onboard a yacht in the middle of the ocean. This yacht contains many different rooms on multiple levels containing a slew of different items that are available to be utilized. Given the compact design of the map and the insides of the rooms, The Yacht adds a level of difficulty as hunters are forced to remember what the inside of all the rooms appeared like originally.

Laser Tag Prop Hunt is a fantastic map designed to provide a range of objects without the map being cluttered. As the name implies this map is set in a laser tag facility lit by neon lights to establish the vibe while keeping some areas of the map dim, allowing players to hide more easily. The way that certain key locations are set up is very impressive, such as the set of arcade machines in a row with one missing that is perfect for players to disguis themselves. This is one of the best experiences in Fortnite Prop Hunt and is a must-play for users looking to try the mode.

Similarly to The Yacht, Sunset Cruise takes place on a boat in the ocean although this time it is a larger cruise liner. This boat is extremely well-crafted, boasting countless different rooms and locations for players to hide throughout the game. The placement of objects in this map is also very impressive with multiple identical items scattered nearby, making it easy for players to quickly blend in with their surroundings. Perfect for over 10 players but useable for anywhere between two to 16, Sunset Cruise is one of the best Prop Hunt maps of today.

A playful bright version of Prop Hunt, Toy Store is the perfect map for a casual game. Set in a complex map filled with basketball hoops, piano’s cubes, and bears, this fun map has plenty of variety for players to utilize. There are multiple different elevation levels on this map accessible through a stack of cubes or the stairs within the building. Hunters are going to find this map much easier than some of the others on this list. For new players, Toy Store is a great starting map to get the gist of how the mode is played.