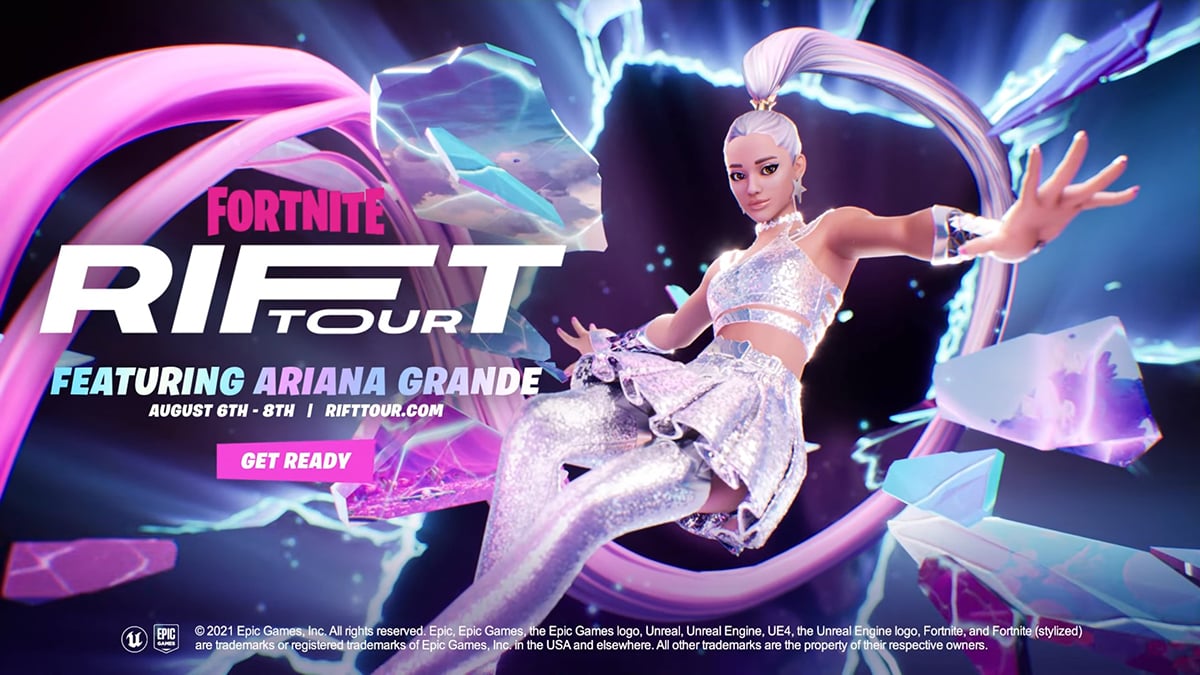 After a ton of rumors, leaks, and speculation, it seems like hit artist Ariana Grande is in fact coming to Fortnite. Epic Games revealed the singer’s in-game skin today, just hours after data miners leaked the new cosmetic. Grande will arrive at the Item Shop on Aug. 4.

On Aug. 1, the official Fortnite Twitter account confirmed through a trailer that Ariana Grande would be the artist featured in the previously announced Rift Tour, an in-game concert that players will get to watch. The trailer includes a sneak peek at the concert, and also shows the first look at two variants of the Ariana Grande skin.

The first features a simple yet shiny outfit, which seems like something you would see at one of the singer’s concerts. The other, however, shows an outfit that appears to be based on the shattered glass-style rift featured in the game.

Epic confirmed that Grande will reach the Item Shop on Aug. 4 at 7pm CT, and the company gave fans a glimpse at what to expect. Though Epic did not specify a price, high-profile skins usually cost around 2,400 V-Bucks, so players shouldn’t be shocked if it costs that much.

The announcement comes shortly after the skin leaked online. While most already figured Grande was coming to the game, this is the first official confirmation that the singer will appear on Fortnite, after heaps of speculation from fans since Epic announced the Rift Tour.