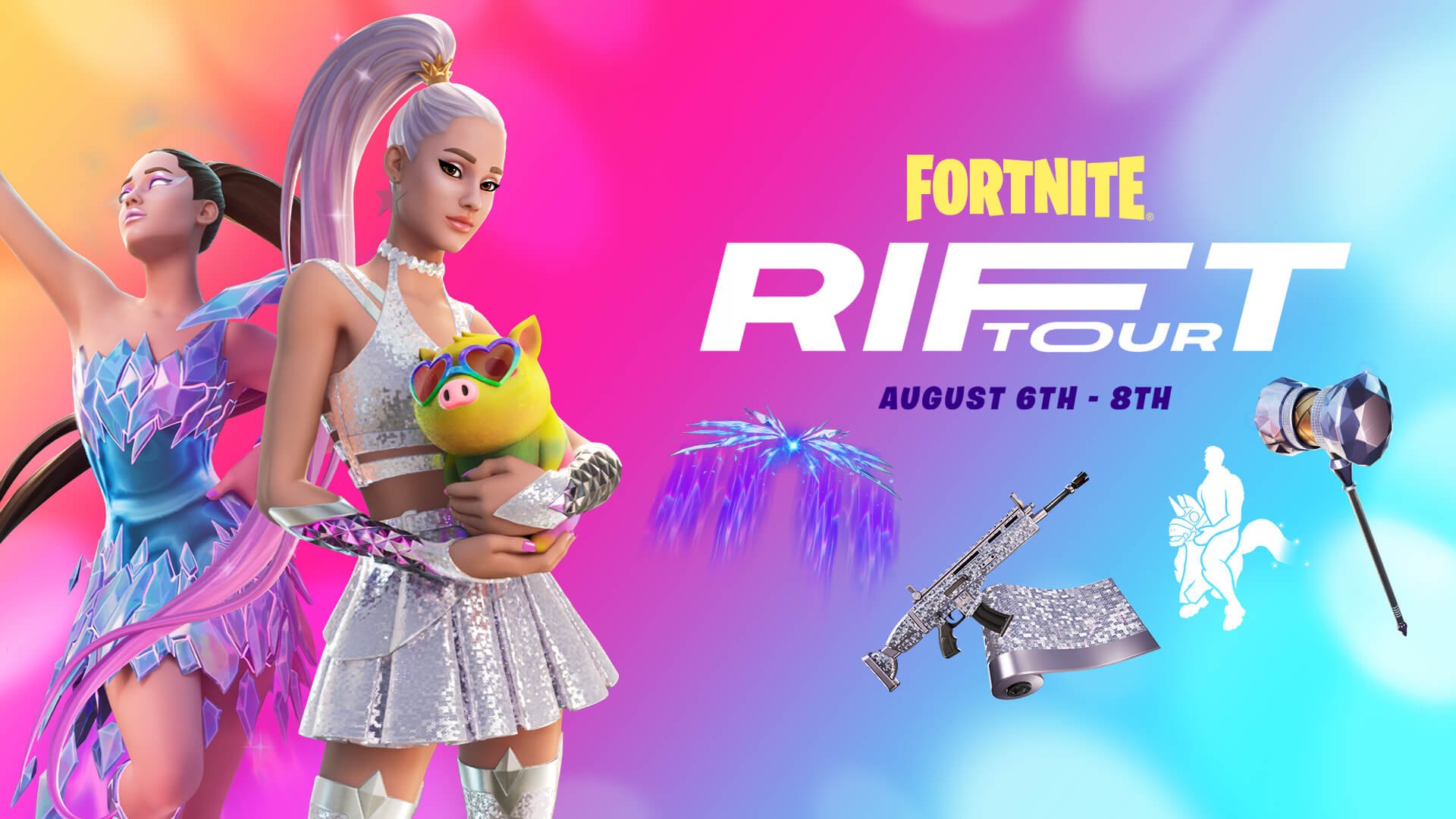 Ahead of a string of virtual performances, one of the world’s largest pop stars, Ariana Grande, has now had a cosmetic bundle released for purchase in Fortnite.

The Ariana Grande bundle includes a player skin, harvesting tool, emote, and a glider. It can be purchased together or separately. The Ariana Grande player skin has two unique styles and the Seven Rings Smasher harvesting tool is designed like a ring sporting two massive hammer-like diamonds. The sweetener Sailshards glider appears to look similar to a rift, trying into her upcoming Rift Tour, and finally, the Lil’ Floaticorn emote will make your character float above the ground by sitting on a sparkling loot unicorn.

Purchasing the bundle will cost a discounted price of 2,800, while the items separately amount to 4,800. If you’re looking to get a hold of this skin, you might want to act fast as it will only be available for a limited time.

The introduction of this bundle to Fortnite is in celebration of the upcoming Rift Tour event in which Ariana Grande will perform a string of virtual performances inside Fortnite. These will begin on Aug. 6 and will be spaced out over a few days so players in all time zones can get in on the action.

If you’re wondering how to get involved with the Rift Tour, you can check out the information and times here or from the menu tab on your Fortnite launcher.