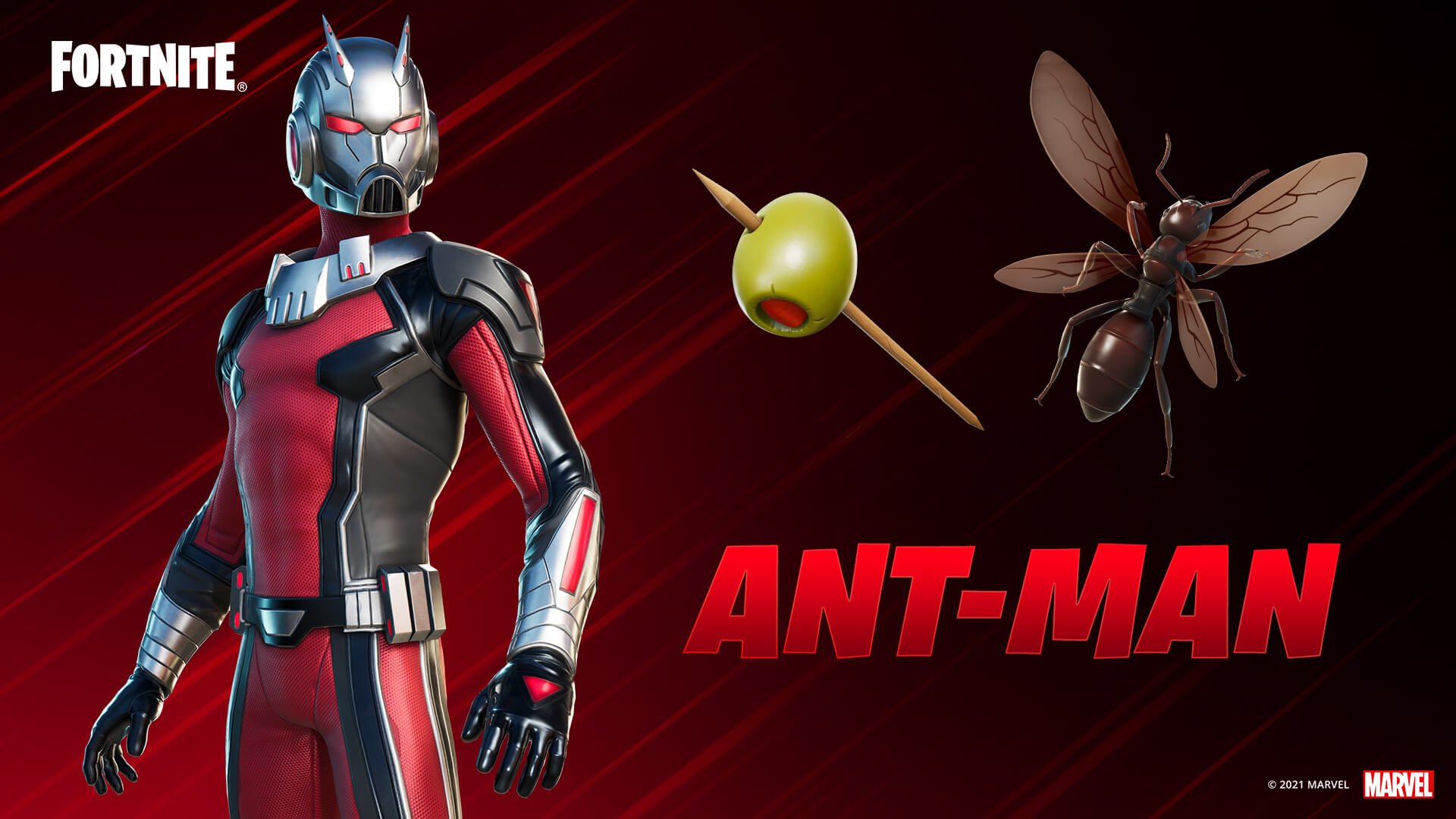 Ant-Man is now available for purchase in Fortnite in the Item Shop alongside other notable Marvel superheroes.

Ant-Man is an iconic member of the Avengers and has appeared in multiple movies, including two stand-alone features. He is known for his ability to shrink down to an ant’s size or become a giant if needed.

The new Fortnite skin includes the comic version of Ant-Man’s outfit, a Toothpick Pickaxe, and Ant-onio, Ant-Man’s trusty steed, as a Back Bling. Ant-Man cannot ride Ant-onio in-game, but it can still be used to customize your character.

Several other Marvel characters like Captain America, Black Panther, Tony Stark, and Black Widow have appeared in Fortnite. Fans can play as their favorite superhero while they try to survive against other enemies and the storm.

A new Ant-Sized Imagery Fortography theme was also added alongside Ant-Man. Players can use the new feature to make their character appear tiny next to normal objects. Fans can show off their creative images by using the #Fortography hashtag on Twitter.

Ant-Man is available for purchase in the Item Shop for 1,500 V-Bucks. He is also available in the Ant-Man Bundle, which costs 1,800 V-Bucks.