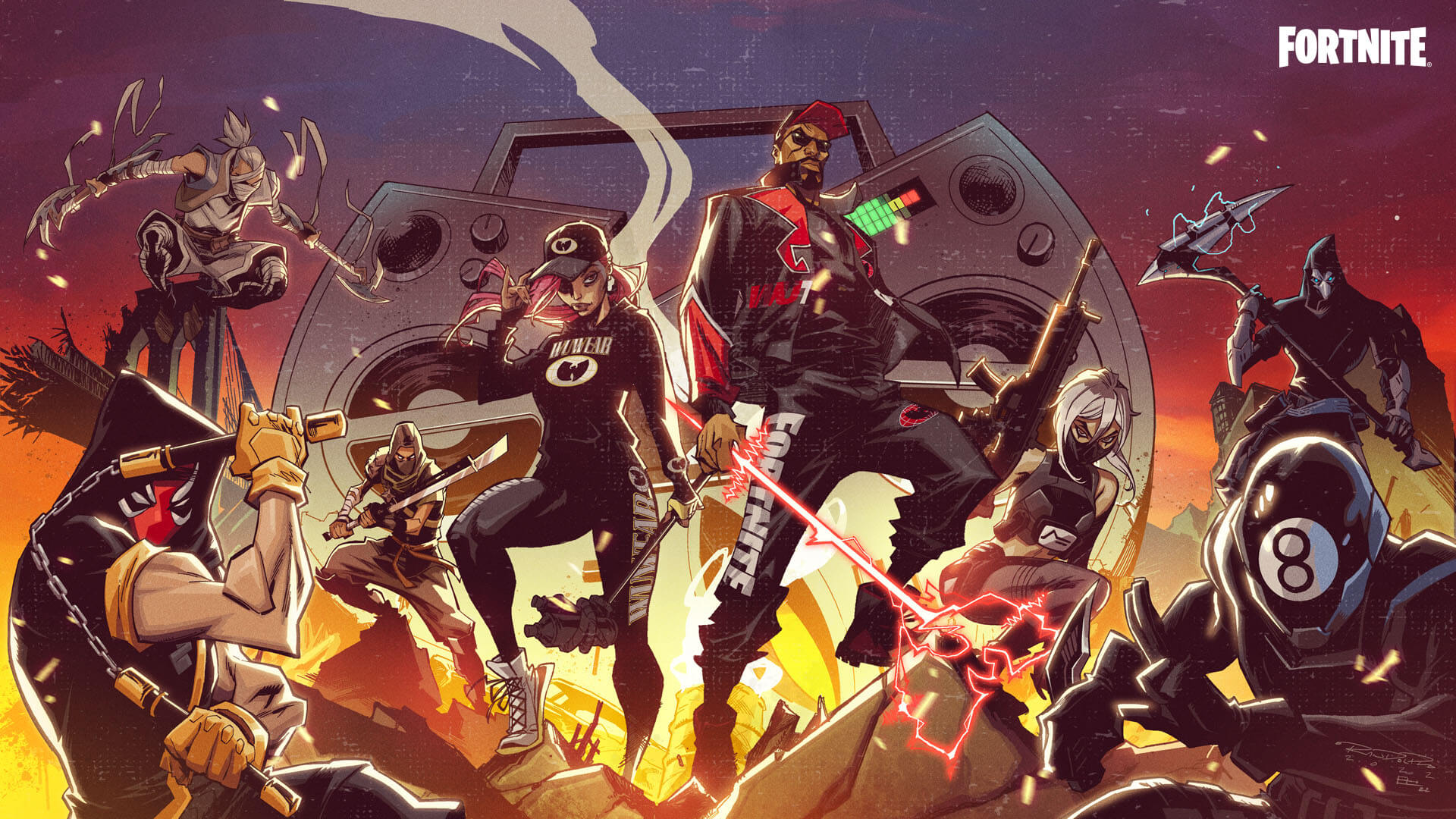 Wu-Tang Clan rose to prominence in the early 90s due to the number of influential rappers that made up the group. Wu-Tang’s first album, Enter the Wu-Tang, is still regarded by some as one of the greatest hip-hop albums. Now, the group is spreading its influence to Fortnite through a branded partnership.

The Outfits and other cosmetic items became available on April 23 and featured two different skins, each with an alternate style, for the player to choose from. Additionally, the Back Bling on each outfit is also music-reactive, so players should enjoy some music while using these skins.

The first skin, the Throwback BG Outfit, includes a red and yellow WUWEAR Back Bling that reacts to music. The Neck Protector Pickaxe comes in a yellow or red style and is reactive to hits inside the game. The character represents Wu-Tang and Fortnite with head-to-toe branded gear.

The B.R.I.T.E. Outfit comes with a red, and yellow reactive Wu-Tang Represent Back Bling, which resembles the classic symbol. The Triumphant Tagger Pickaxe also comes in two different styles that match the alternative Back Blings.

In addition to the Outfits, two new Gliders, a Wrap, and an Emote are also being added to the Fortnite shop. The Gliders feature the Wu-Tang logo with lightning bolts in red and yellow alternating styles. The Wu Wrap Spray features the Wu-Tang logo and popular symbols, and the Wu-Tang is Forever Emote lets characters make a W wth their hands in honor of the group.

Buying the whole set will also give the player some Sprays, a loading screen, and an emoticon. Players who want the bundle should get it before it leaves the shop sometime soon.