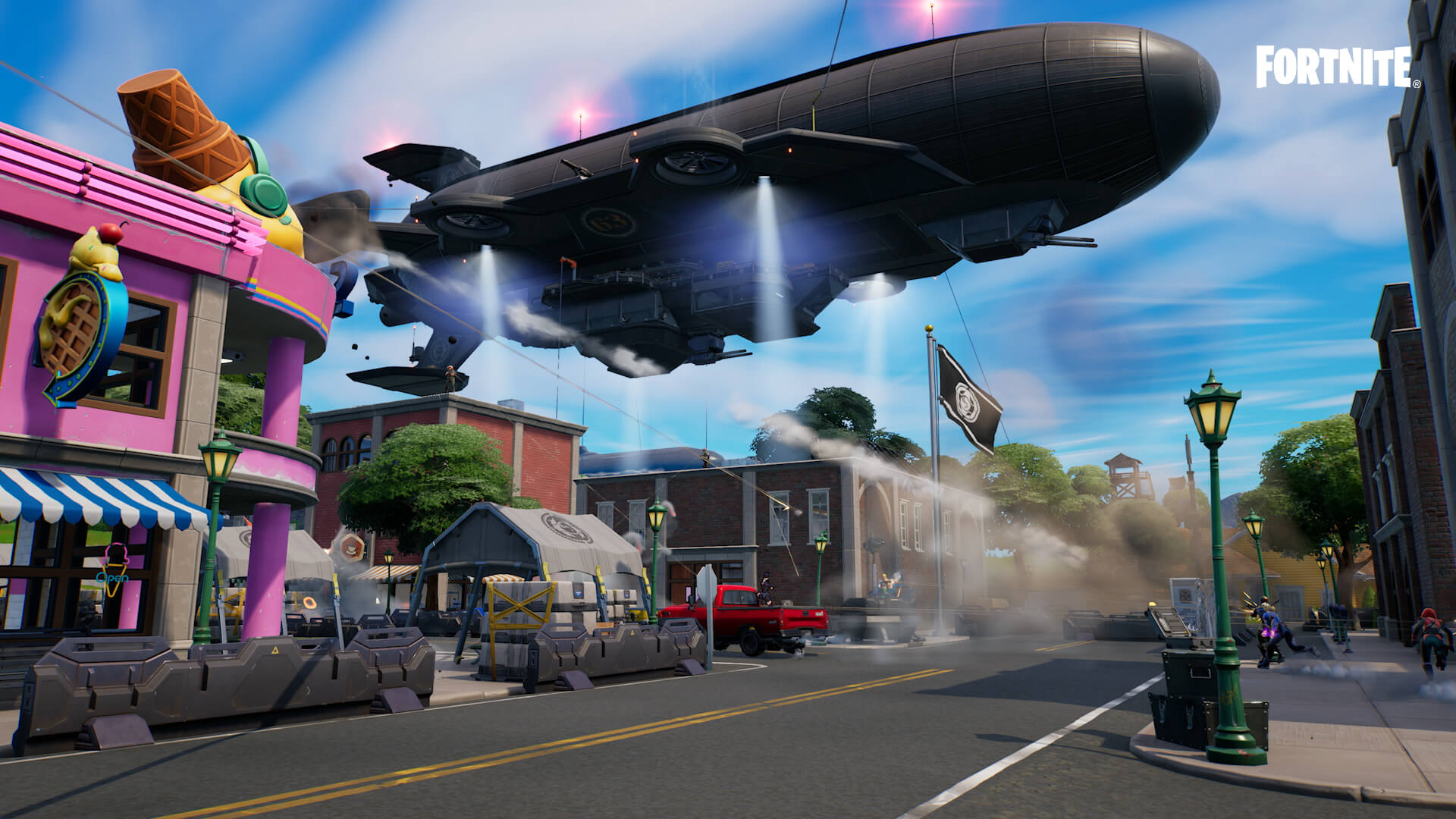 Fortnite is gearing up to end the current season with a live event in a little over a week. As we head toward that event, many players are finishing up the weekly challenges in Chapter Three, season two. One of the challenges asks players to do 1,200 damage to a vehicle with a Mounted Turret, and the first thing players need to do is figure out where all the Mounted Turrets are located.

Players can find mounted turrets at most of the island’s POIs where previous battles were held, including The Daily Bugle, Tilted Towers, Rocky Reels, Greasy Grove, and Sanctuary.

In addition, players can find Mounted Turrets on Battle Buses and Armored Tanks. Players can find one of each of those at the above locations as well. All you need to do is hop in, switch to the Mounted Turret seat, and fire away at a nearby vehicle. Since you’ll need to deal 1,200 damage, you may have to do this more than once.

There is an easier way to achieve this goal, though, as pointed out by YouTuber Fortnite Events. Players who land on the south side of the building at The Daily Bugle will be right next to a Battle Bus and a separate Mounted Turret. The player can hop on the turret and whip around to start shooting at the bus to deal enough damage for the objective.

Since Epic doesn’t specify that someone has to be in the vehicle, the player can easily shoot any nearby cars with whatever turret they get to first.