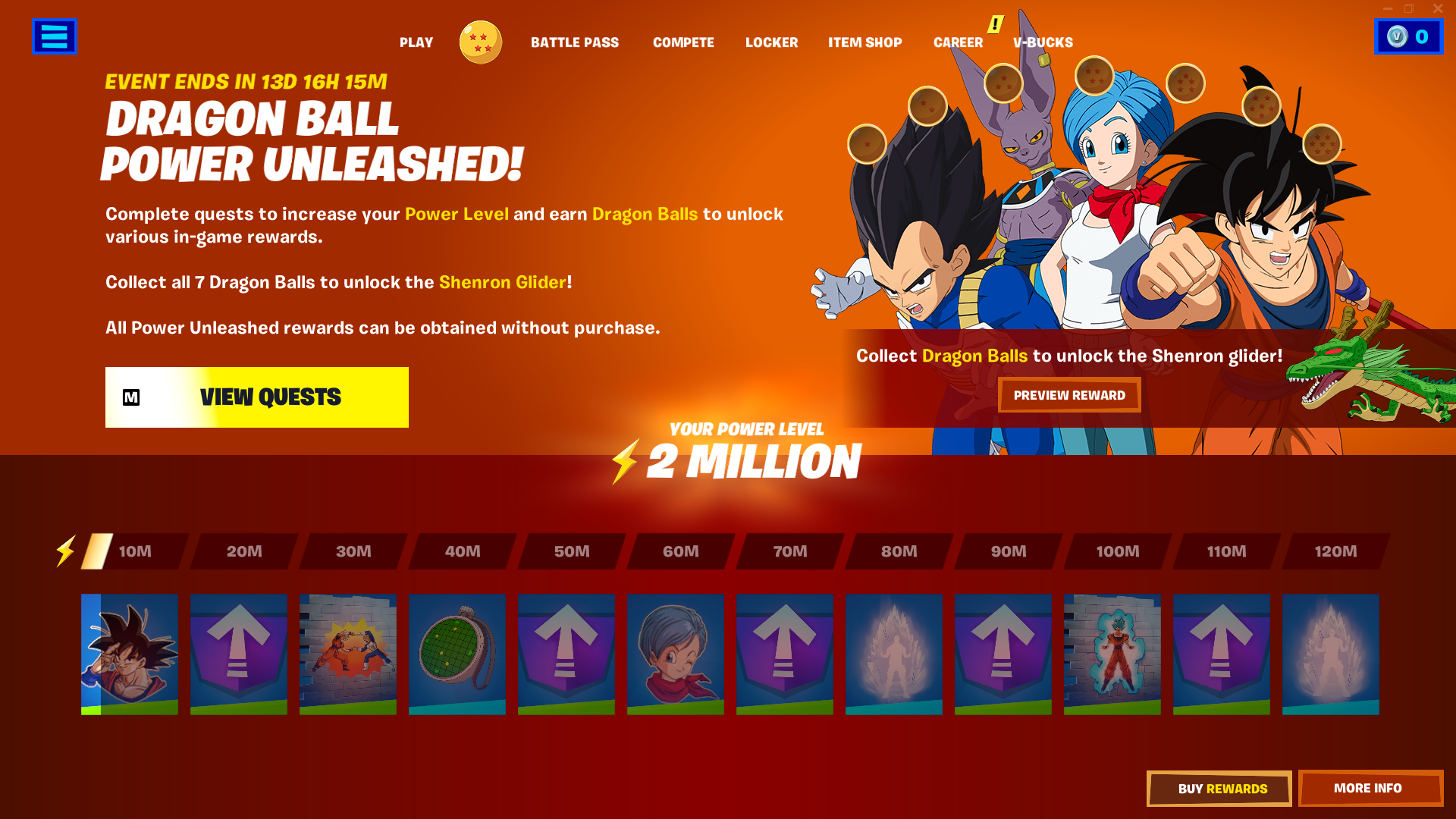 Now that the Fortnite and Dragon Ball crossover event is here, players can get their hands on a variety of different characters from the anime, but that’s not all. There are new challenges, in-game items, and map details that have changed with this new update. If players can complete enough quests over the next week and collect all seven Dragon Balls, they’ll be rewarded handsomely.

Players will complete different quests in the Dragon Ball Power Unleashed tab in their quests. On the main hub screen, a new tab has opened that features a Dragon Ball. This screen shows each reward the player can get, with an associated power level in the millions they have to reach to unlock it. Here are all the free Fortnite and Dragon Ball Super Power Unleashed rewards:

The quests are divided into multiple sections, with players who complete three quests in each section wi

Each of the Dragon Ball quests will provide you with a different power level when you complete it and more quests will unlock over the coming days. Some of the quests are as simple as logging into the Dragon Ball Super anime maps and others are a little more involved, asking you to complete challenges inside the battle royale.

It’s unique, or at least rare, that Fortnite would dedicate a whole section of their main menu to this new event, which provides two new emotes and an impressive glider for free.