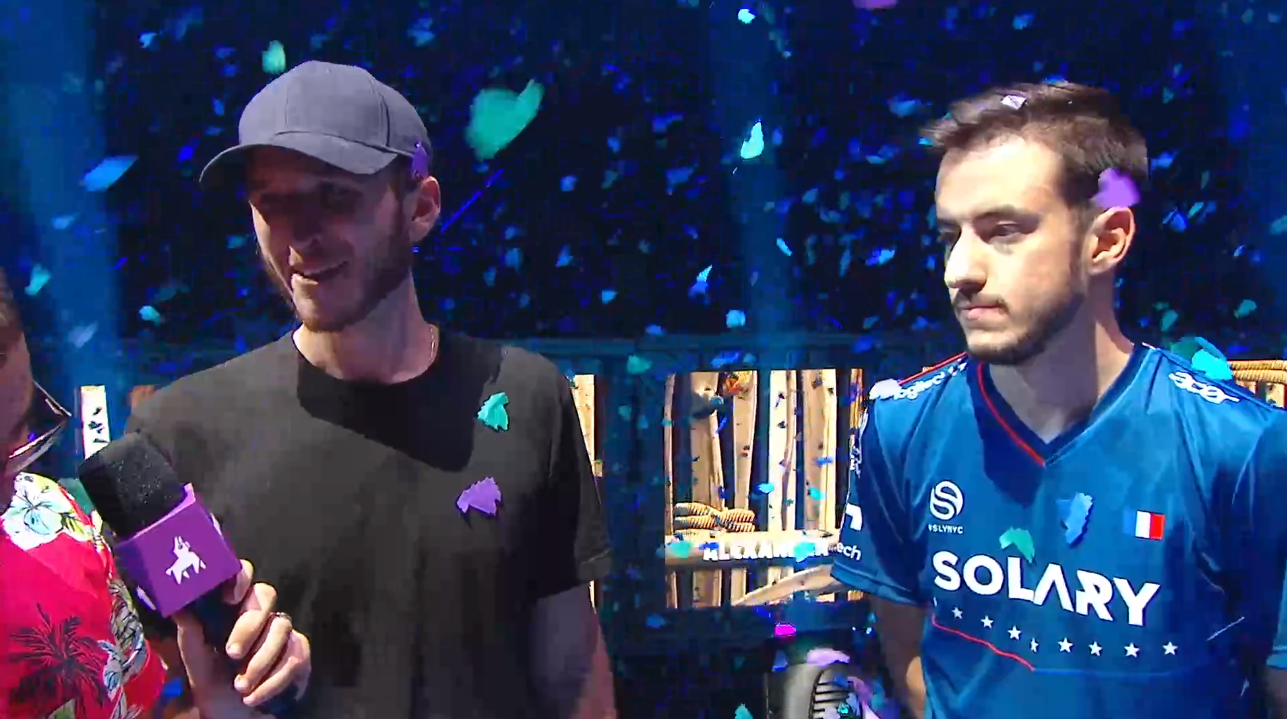 The Pro-Am tournament wrapped up the creative side of the Fortnite World Cup. Fifty of the battle royale’s biggest personalities teamed up with a celebrity partner, ranging from DJs to actors and professional sports athletes, for a chance to earn a part of the tournament’s $3 million prize pool for their favorite charities.

A number of duos returned to the stage from previous Pro-Am tournaments, including Tyler “Ninja” Blevins and American DJ Marshmello, who won the first Pro-Am in 2018, and Airwaks and RL Grime, who took home the victory from Fortnite’s Summer Block Party Pro-Am.

Teams battled it out to collect points over the course of four matches. Each elimination yielded one point, and teams that placed in the top 15 of a match earned additional points. At the end of every round, points were awarded based on the following placements:

The round one highlight reel featured Ninja picking off Tim “TimtheTatman” Betar, followed by Ninja’s teammate Marshmello taking out Benjamin “DrLupo” Lupo later in the match. But the round came down to the wire when the final circle forced three remaining teams into multiple layers worth of forts. It was the T1 pro Jung “SinOoh” Sin-woo, however, who came out on top thanks to his high-ground advantage, earning him and his duo partner “Oh.King” first place in the series.

The Korean duo’s claim to first didn’t last long, however. A number of big names, including Airwaks, Ninja, Dennis “Cloak” Lepore, Ali “Myth” Kabbani, and Turner “Tfue” Tenney, found themselves going toe-to-toe in the final moments of round two. With the last circle moving up a mountain, a few players fell to the Storm, leaving Cloak and “Jacob” battling it out for first.

After gaining control of the high ground, Cloak seemingly had the advantage, but one peek over the edge allowed Jacob to secure the final kill. Although Jacob and his teammate won the round, Airwaks and his teammate RL Grime took control of first in the overall standings due to their performance in rounds one and two.

Round three ended with a person-sized circle, in which Cloak and “Jelty” found themselves in an intense 1v1. Cloak tried to lie in wait with his high-ground advantage but he was eventually forced outside of the circle, giving his opponent the win. Yet when the standings came in, Airwaks and RL Grime remained in first place thanks to their accumulated kills and performance in earlier rounds.

After taking out Jacob in the final moments of round four, Counter Logic Gaming’s Nick “Marksman” Overton and his teammate JT Brown were left to face off against Aydan Conrad, who stood in the duo’s way of the victory. With the high ground advantage on his side, Brown secured the final kill of the match.

Without picking up a single victory royale throughout all four rounds, Airwaks and RL Grime managed to score a total of 52 points in the tournament’s overall standings—12 points above SinOoh and Oh.King in second place—earning themselves a back-to-back Pro-Am victory.