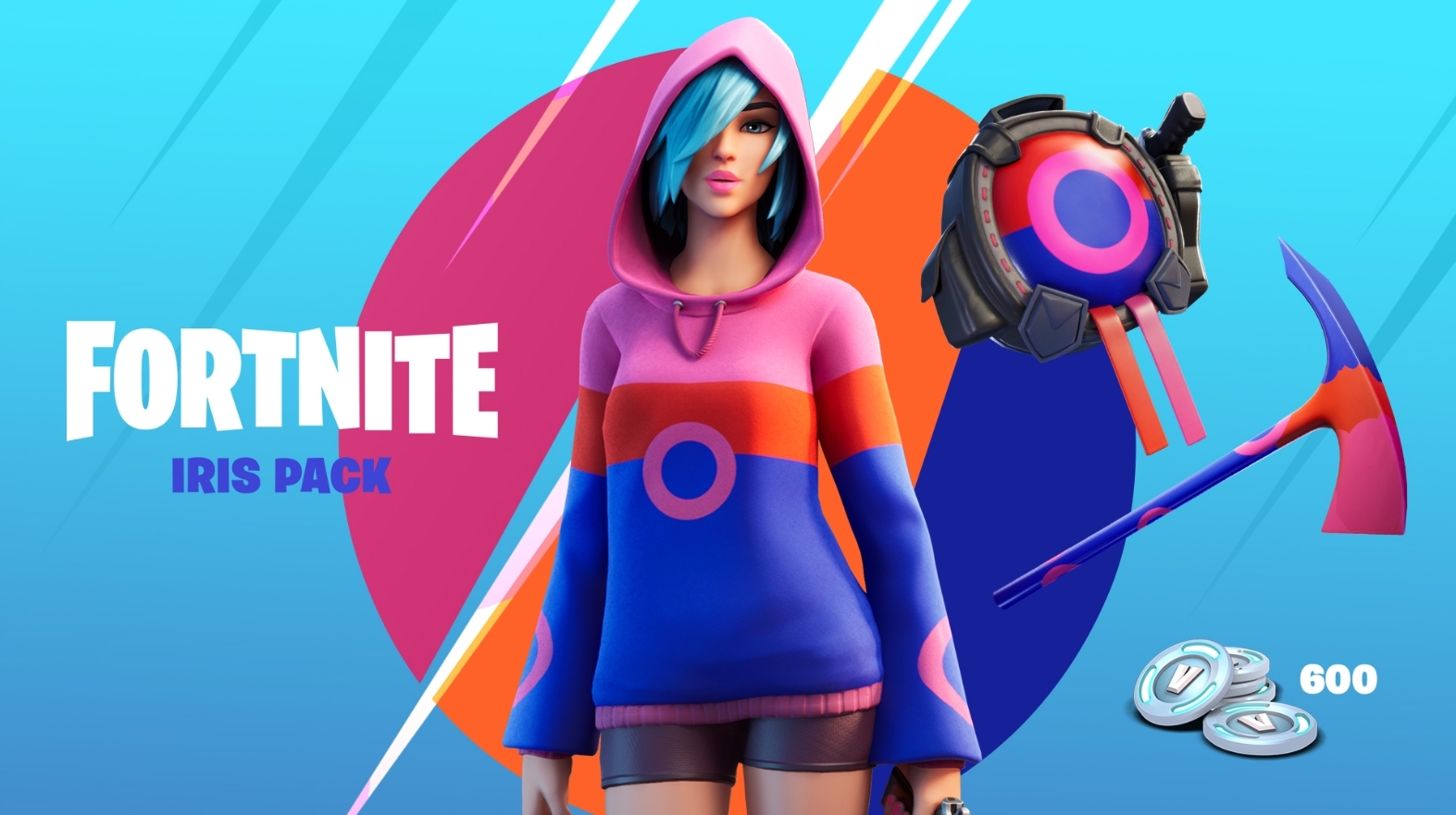 Fortnite’s store has been updated with a new starter pack, and like all of the ones before it, it’s a great bargain.

The new starter pack is called Iris and it features a number of cosmetics as well as some V-Bucks. For $4.99, you can pick up the Iris skin, Roundabout back bling, Pop Axe pickaxe, and 600 V-Bucks.

The pack basically pays for itself. Five bucks equates to 500 V-Bucks, so you’re getting more than you’d normally pay for when it comes to Fortnite’s currency. Plus, you get a cool cosmetic set on top of that.

Whether you look at it as buying V-Bucks at a discount with a free cosmetic set on top of it or 600 V-Bucks for a $5 skin, it’s a great deal that dedicated players would be remiss to pass on.

As with previous starters, Iris should be around for at least a few months until a new pack hits the store, so there’s not a huge rush to pick it up. But it’s definitely worth it.