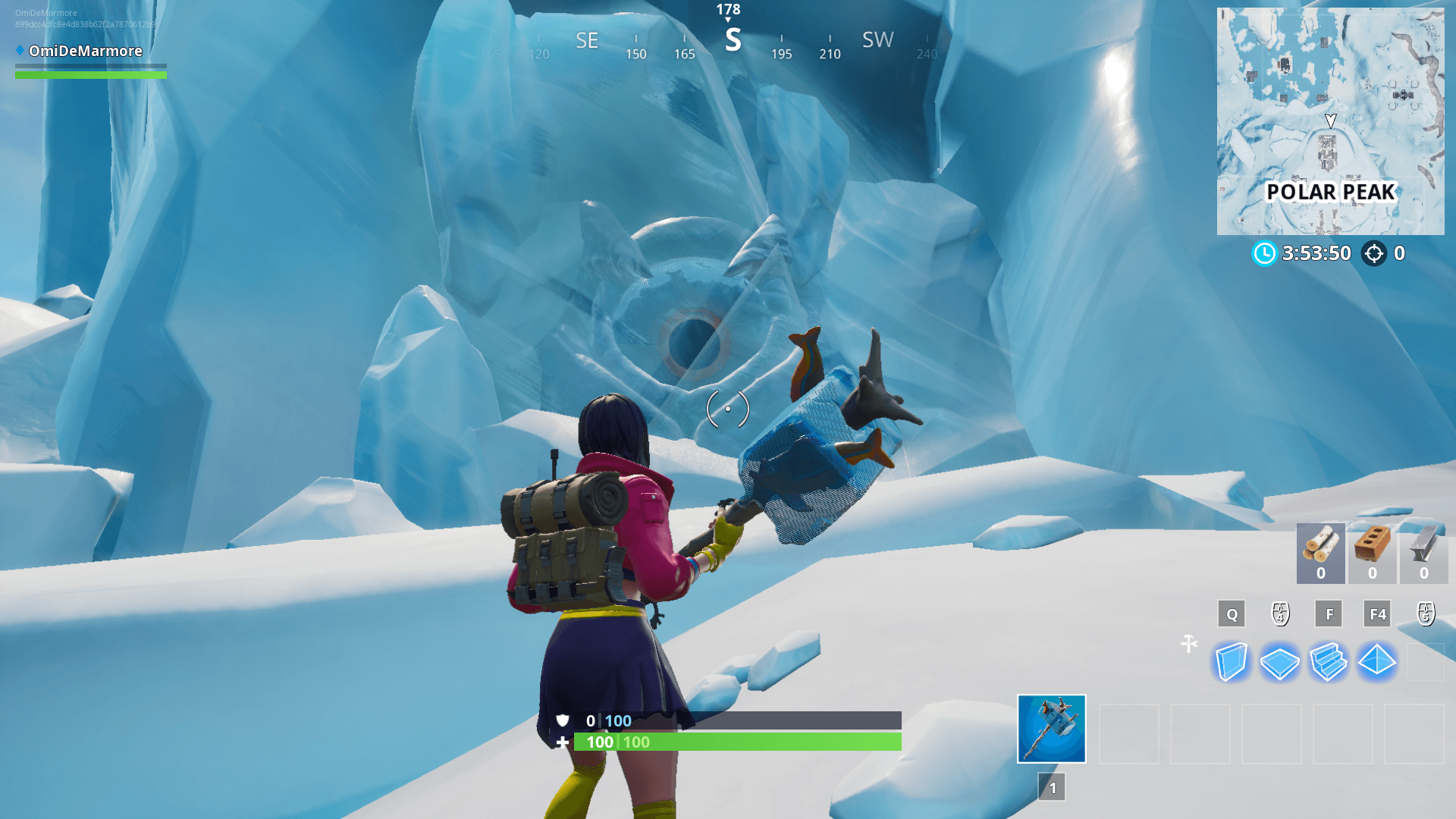 Someone is watching you play Fortnite. Or something.

A huge eye is moving inside the iceberg north of Polar Peak. When players land in front of it, the eye moves and keeps watching them. It makes no sound and there’s just one other effect that gives us a hint on what it could be, and it’s the biological structure surrounding the eye.

The eyeball is nearly twice as big as a Fortnite character, which for sure means that creature is huge. Maybe as huge as a dragon. Maybe as huge as the dragon-shaped creatures that were inside eggs at the bottom of the Ice Castle would grow into.

This huge eye has changed nothing in the Fortnite island so far,and it’s just sitting there being scary and mysterious. Players first spotted it yesterday, which is a rather unusual day for such a change since there were no updates or content additions to the game. If there’s an update this week, it’s probably coming this Wednesday as usual, and we might see new developments related to that iceberg.

If there are no changes to the eye in the game, Fortnite data miners will likely have more information to uncover after there’s an update, which will add more files to the game. That’s when fans who are eager to find out what this eye means should have unofficial hints that can help to solve its mystery.

Fortnite: Battle Royale players have never seen a mythic animal like a dragon in the game. The closer they’ve ever gotten to interacting with a non-playable element that’s part of the game lore was when the purple cube appeared. It wasn’t a living creature, though, and the eye in Polar Peak could mean that players might soon be able to interact with it somehow.

We expect more changes to happen to Polar Peak and the eye in the upcoming Fortnite updates.