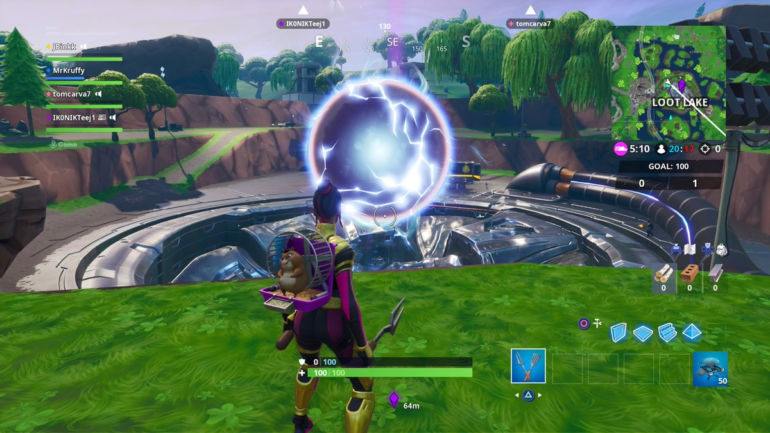 It looks like Epic Games is ramping up its plans for Fortnite: Battle Royale season 10 today after The Final Showdown event came to a close.

In addition to a few minor changes across the map, one of the more ominous things produced from the event is a large, glowing, levitating orb in Loot Lake that’s slowly starting to crack.

If you missed the event, both the monster and robot tried to break into the Loot Lake vault to gain the power hidden inside. When the robot finally broke the seal, he was able to get the power to defeat the monster.

Since then, the orb has remained stationary. Trying to get close to it will just send you into the air, and staying around it for too long might actually damage you over time.

The vault below where players dropped last season to unvault weapons is also open, but it’s inaccessible at the moment. It’s possible that all of this could have something to do with season 10. Players will likely keep an eye on the orb to find out what happens when it breaks or what’s inside.