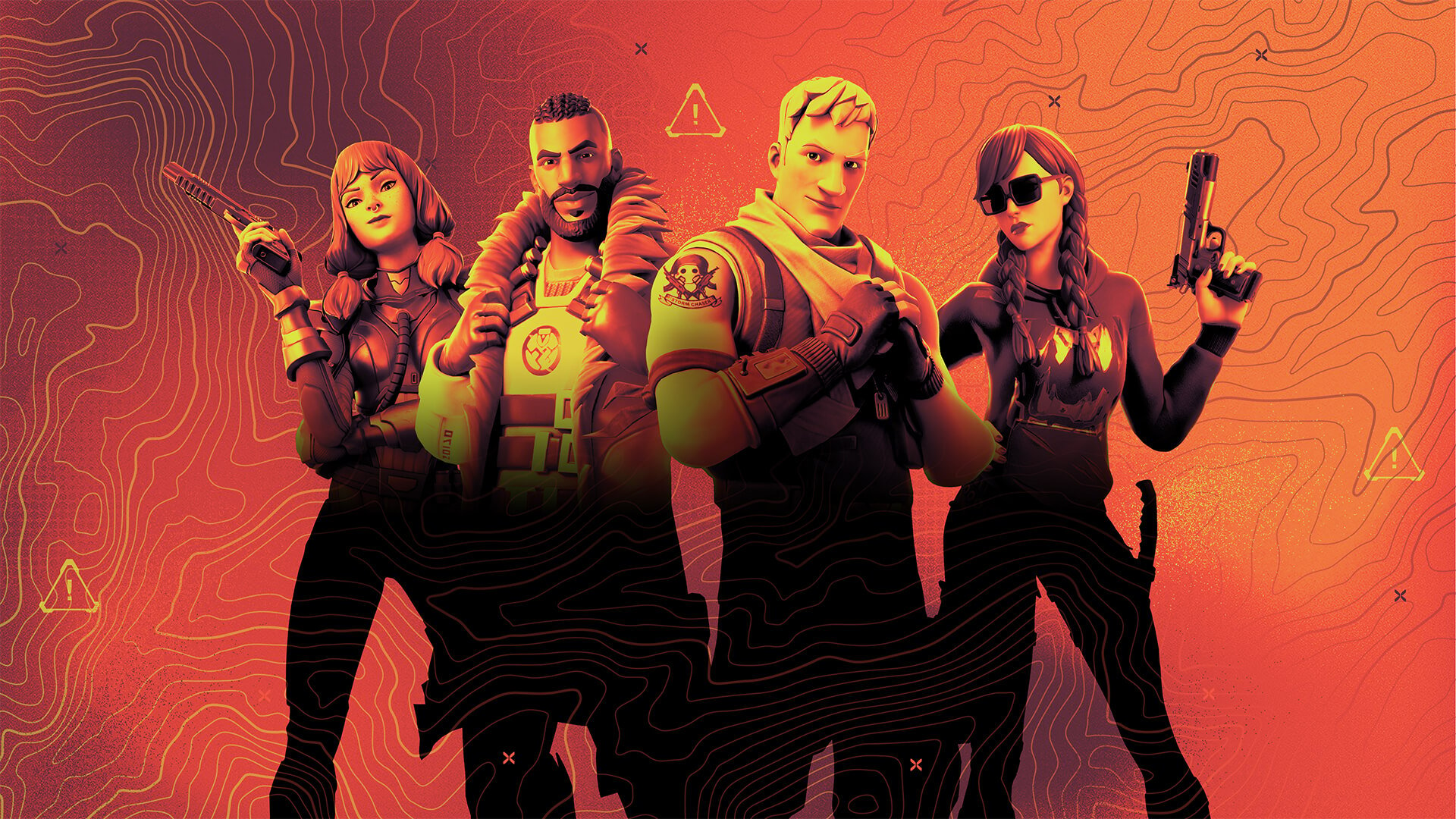 At the time of its creation, Fortnite was not a new concept, but there were few games innovating in the battle royale genre. Fortnite helped build a genre that is a staple of the gaming industry today when it came out and started focusing on a battle royale mode.

For some reason, Fortnite continues to feel like an experience like no other, so it’s hard to find a game that feels like Fortnite, as opposed to “battle royale” games like Fall Guys that have completely different objectives. Below is a list of games that are actually like Fortnite, not just those with a premise of a lot of players pitted against each other.

Surviv.io is a 2-D battle royale with a bird’s eye view. It may look simple, but it has everything you need for a basic battle royale game. Like all battle royales, you land at a random location, pick up your weapons, and kill everyone else on the map. It is a game that anyone can play on a computer or a mobile device. While you can play this on a phone browser, you’ll need a controller since it doesn’t work well with touch screens.

Once you get used to it, the game becomes very fun because it feels like a whole new challenge. Winning is difficult since you have to get used to not being able to see everything in the distance, and hiding is as simple as walking under a tree.

Realm Royale originated as Paladins: Battlegrounds, a game mode in Paladins that became so popular that developer Hi Rez Studios made it into its own game. Realm Royale has a similar cartoon style to Fortnite, but offers a few differences. Apart from some turrets, this is mostly Fortnite without building, and without the polished Epic Games touch.

One of the biggest differences in Real Royale? You don’t just crawl around like in Fortnite when you’re knocked down. Instead, you turn into a chicken. You must then escape enemies long enough to return, or they will kill you permanently. Although you can still attack people as chickens, it’s not recommended, since chickens are pretty easy to track down and eliminate.

H1Z1 was one of the first battle royale games on the market, but it had a lot of bugs and glitches at the beginning. Although H1Z1 had plenty of issues, it was unique and offered the battle royale experience we didn’t even know we wanted, selling over a million copies in early access. The popularity of the game waned over time, but H1Z1‘s current edition, Z1 Battle Royale, is still going strong.

The game was rebranded to Z1 Battle Royale in 2019 to emphasize the game’s focus on the genre that had become popular. The game has all the battle royale elements that players are used to in a game like Fortnite, just without the building. Keep in mind that the graphics are a bit dated compared to other games on the market like Battlefield 2042 or Call of Duty: Warzone

Naraka: Bladepoint is a game that’s free on PC and Xbox Series X|S with a Game Pass subscription. Players in the game wield different weapons, which can be dropped and changed depending on the user’s preferences or the weapon’s durability. You can climb walls, jump athletically, and use a grappling hook to climb and hide.

The game is very easy to learn but hard to master since the timing of sword swings is crucial to winning a fight. There are powers, different characters, and an intense fighting system that will leave you wanting more.

The jokes and ridiculous gameplay are what make this game so entertaining. You still need to kill everyone on the map, but you will feel like there was a lot of luck involved when you and your enemy both struggle to shoot straight because both of your arms keep flailing.

In the early days of Fortnite, there seemed to be a lot of hate for the game from players of Player Unknown’s Battlegrounds (PUBG). PUBG was not the first game to come up with the battle royale idea, but some people felt that PUBG was the one that made it popular.

There are two teams in Escape from Tarkov, but it’s easy to fell like you’re on your own while playing. The game moves away from the goofiness of many battle royale games, and there’s a seriousness to its gameplay and team dynamic. If you raid, you are trying to move from one side to another, and if you are being raided, you are trying to kill your enemies before they kill you. It is harder than it sounds because if you bolt from side to side, killing anyone in your path, the enemy will drop you in seconds.

Escape from Tarkov players are methodical and are in it to win. In a raid, you only have one life, and losing your equipment is devastating since you’ve worked hard to accumulate your personal stash over many raids. This may not sound like Fortnite, but you’ll feel that battle royale experience when you’re scavenging for good weapons when you first start.

One of the oldest battle royales is Minecraft Hunger Games. In 2012, it was known as survival games, and players were tasked with finding weapons on the map and surviving. There is usually no circle to keep players moving; instead, the island is usually small, or there is another reason for players to move from one place to another.

Though the game has evolved over time, the initial concept of getting what you can and hunting for other players is still very much alive today. If you think Fortnite and other games are too realistic or too focused on just gun-based combat, Minecraft Hunger Games might be right up your alley.

Halo was not the first game to have a free for all mode, but it is the game that brought a lot of people into first-person shooters. There is no word on whether Halo Infinite will add a battle royale mode, but their free-for-all mode is pretty close.

The free-for-all mode is just a battle royale with a smaller map and fewer players to kill. You should play Halo Infinite‘s free-for-all mode if you like Halo or feel like Battle Royales last too long, and don’t have enough action.

The VR game Population: One is one you will love if you can’t get enough of battle royales. Its graphics are cartoon-y, but not as grand or stylish as Fortnite. You’ll have difficulty finding another VR game that does battle royales like this.

The game’s goal is to land in a city, grab weapons, and annihilate your enemies until you are the last person standing. Players can also climb structures to see the area more clearly. You can see all the information about your health, shield, weapon ammo, and the direction you’re facing on the HUD. While it might not have quite the same look or polish as Fortnite, playing a battle royale in VR is an entirely unique experience, putting you directly in the action.

If you like Fortnite‘s shooting and tactical fighting, but don’t like the unrealistic jumping and the partnerships Epic Games has with studios to include licensed characters, then you need Call of Duty: Warzone. Warzone focuses on the military aspect of battle royales, and makes players feel more like they’re playing what a battle royale would be like in real life.

With every new release, Warzone changes and sometimes improves gameplay and combat. Some events are unrealistic, such as Godzilla vs. Kong, but the game’s overall feel is based on being a top-tier soldier.

With Apex Legends, the team aspect of Fortnite is taken to a whole new level. Players can choose from various characters with different powers and abilities and use them to beat other players. The game is still a battle royale, but feels so different due to the set characters and abilities. And, while there’s technically no building in Apex, some characters can create shields and other structures that fundamentally change the battlefield.