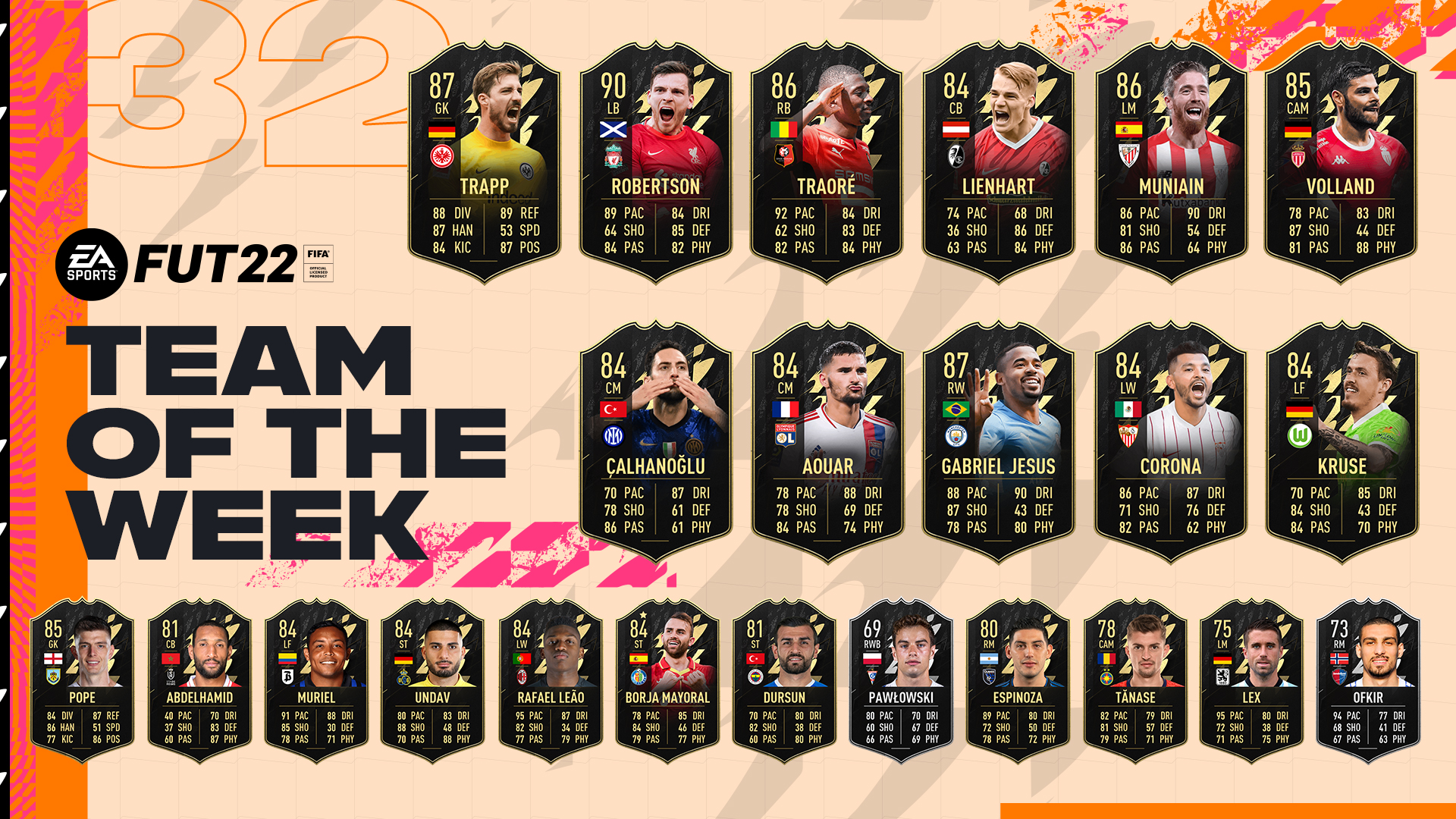 Players can now get their hands on the Team of the Week (TOTW) 32 cards in FIFA 22 Ultimate Team that EA Sports added today. This week’s set includes players like Andrew Robertson, Kevin Trapp, and Hamari Traoré.

The TOTW promotion offers upgraded versions of the players who stood out during certain real-life games. The cards are released every Wednesday and the ones added today will be replaced next week. 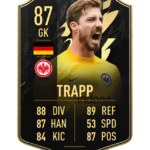 If you are interested in getting any of these TOTW cards, you have to test your luck with FUT packs or buy them from the FUT market. The best cards will sell for a high price, but this week there isn’t any exorbant prices like last week’s Cristiano Ronaldo, for example, which could sell for up to 1.1 million FUT coins.

If you pack a low-rated TOTW card, you can quick-sell it and get almost 10,000 FUT coins. This type of card can also be used to complete squad-building challenges (SBCs) since many solutions ask for at least one TOTW card as part of the solving conditions.

Here’s the full list of all of the TOTW 32 cards added to FIFA 22 Ultimate Team today: