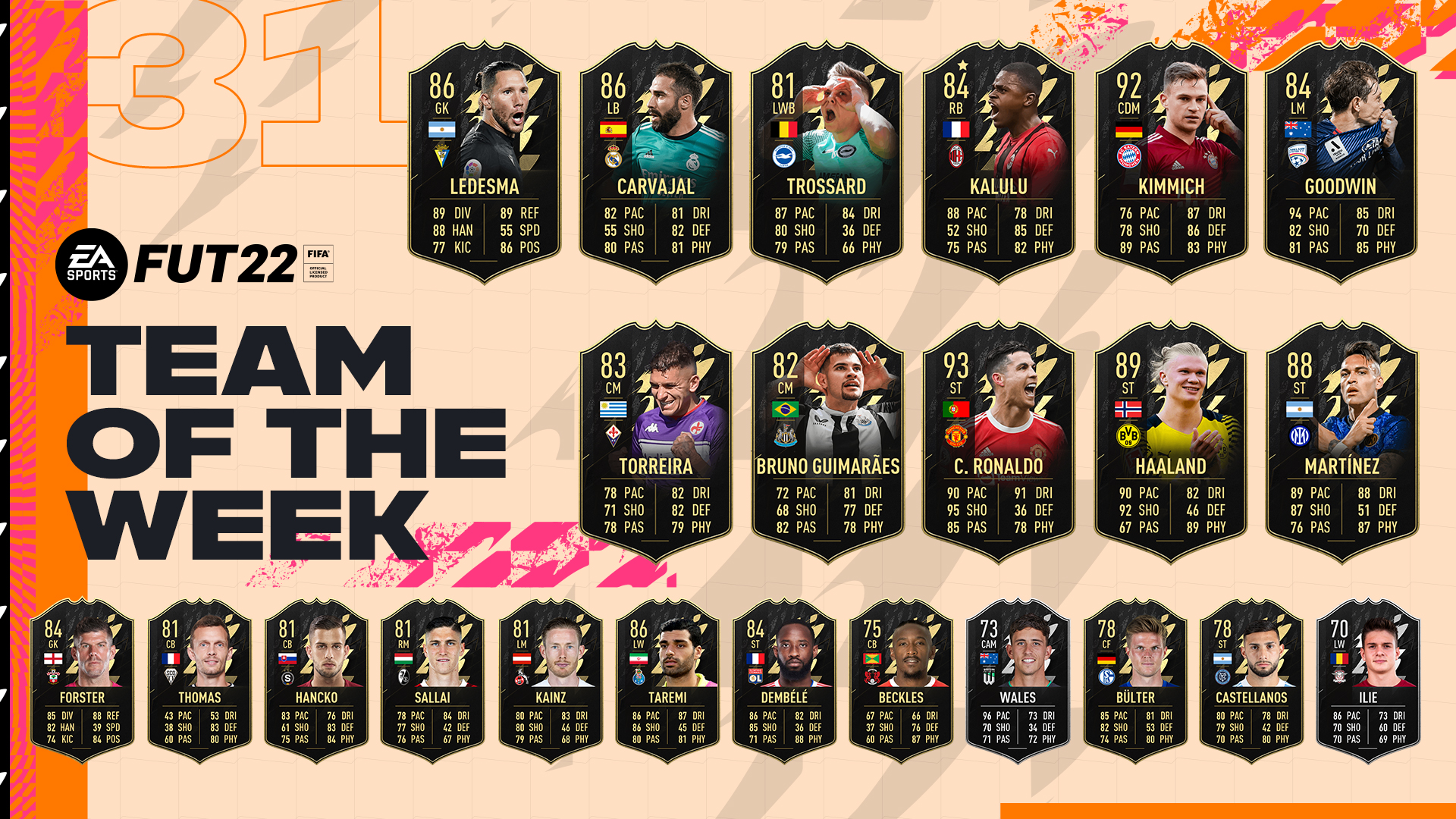 The new set of Team of the Week (TOTW) 31 cards is live in FIFA 22 Ultimate Team starting today. Those who are lucky enough or have enough FUT coins can get some high-rated cards, like the 93-rated Cristiano Ronaldo.

The selected players received this upgraded TOTW version because they stood out during real-life matches. TOTW cards are released every Wednesday and the ones added today will be replaced next week. 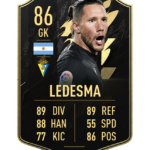 TOTW cards are only available through FUT packs or you can buy them from the FUT market. The best cards will sell for a high price. TOTW Cristiano Ronaldo, for example, can get up to 1.1 million FUT coins. If you pack a low-rated TOTW card, though, you can quick-sell it and get almost 10,000 FUT coins.

This type of card can be used to complete squad-building challenges (SBCs) since many solutions ask for at least one TOTW card as part of the solving conditions. So if you get a low-rated TOTW card, you can use it later to get another special card.

Here’s the full list of all of the TOTW 31 cards added to FIFA 22 Ultimate Team today: