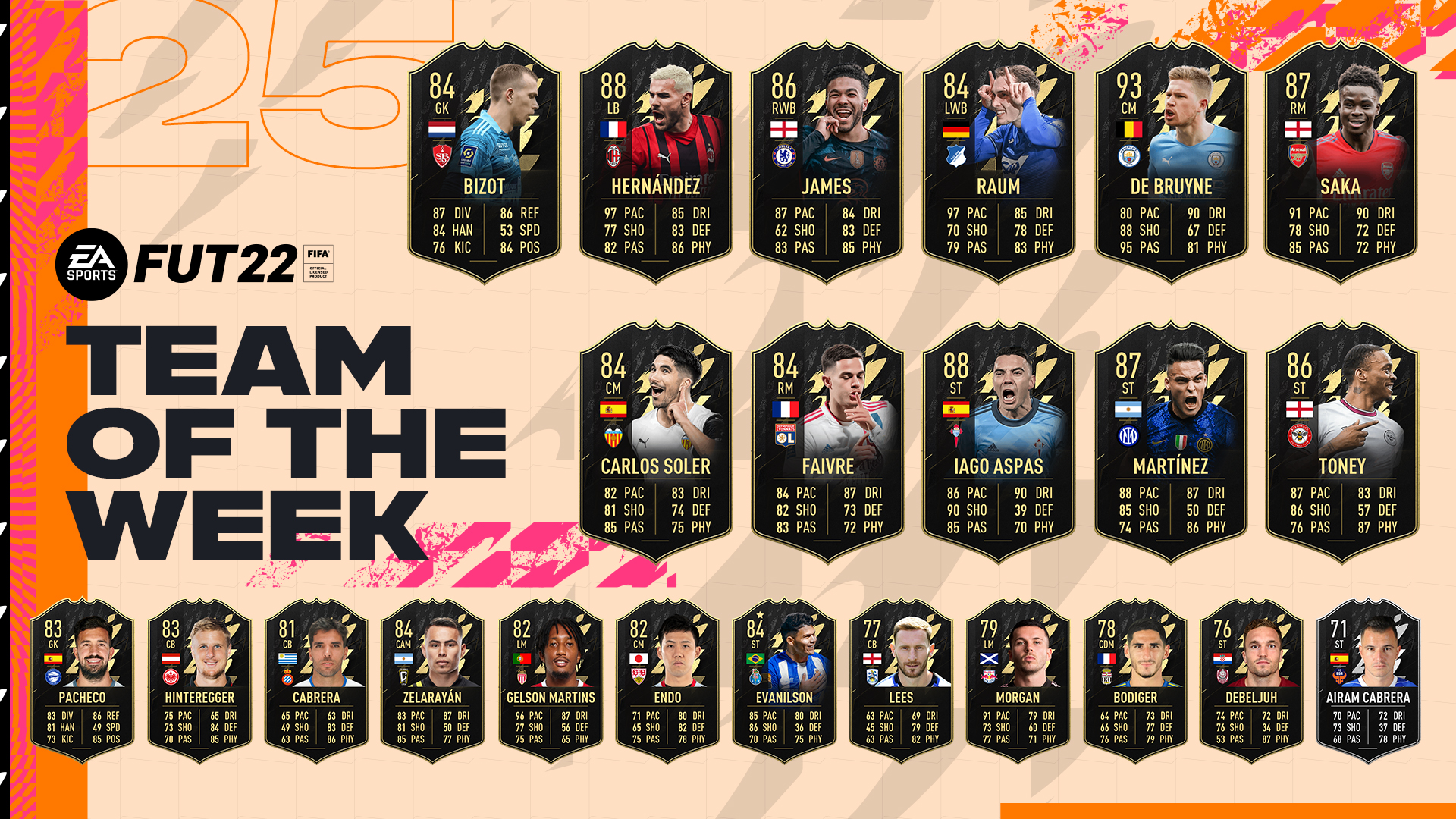 The new batch of Team of the Week (TOTW) players is now available in packs in FIFA 22 Ultimate Team. This is the 25th week of the promotion and it features great players like Kevin De Bruyne, Bukayo Saka, and Iago Aspas, Reece James.

EA adds a new set of TOTW cards every Wednesday with players who stood out during league matches or when national team games end. The cards released today will be replaced next week, but players can have multiple TOTW cards, so the same player can be featured in the next TOTW packs. 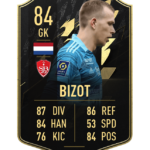 The only way to get these cards is through the FUT market or from FUT packs, but you’ll depend on luck to get a TOTW card from packs. The best TOTW cards usually sell for a high price, though, so if you pack a low-rated TOTW card, you can quick-sell it and get almost 10,000 FUT coins.

TOTW cards are also useful for completing squad-building challenges (SBCs) since many solutions require at least one TOTW (Inform) card as part of the solving conditions, so it might be wise to store some Inform cards.

Here are all of the TOTW 25 cards in FIFA 22 Ultimate Team: