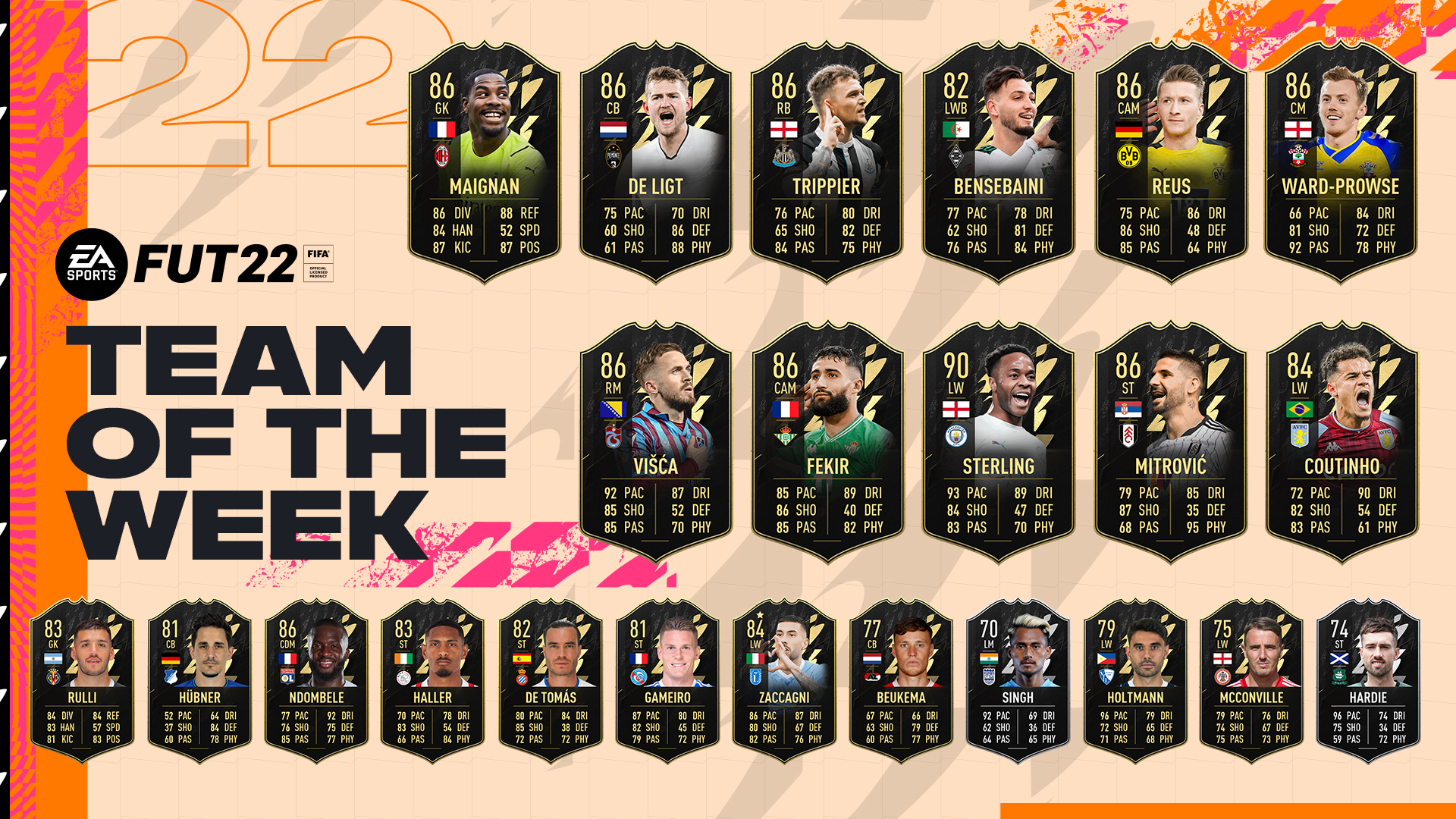 Every week, EA creates a new version of players who performed well in real-life games. Next week’s TOTW will replace this squad with fresh cards. You can get these cards through the FUT market or from FUT packs if you’re lucky enough. 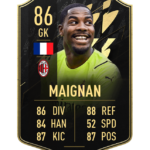 The best players on this TOTW are a 90-rated Raheem Sterling from Manchester City, an 86-rated Edin Višca from Trabzonspor, an 86-rated Aleksandar Mitrovic from Fulham, and 86-rated Nabil Fekir from Real Betis.

The overall ratings this week are quite low compared to previous TOTWs, but there are more cards rated around 86 than usual. It’s expected that the best cards will sell for a high price. If you pack a low-rated TOTW card, though, you can quick-sell it and grab almost 10,000 FUT coins.

Here are all of the TOTW 22 cards in FIFA 22 Ultimate Team: