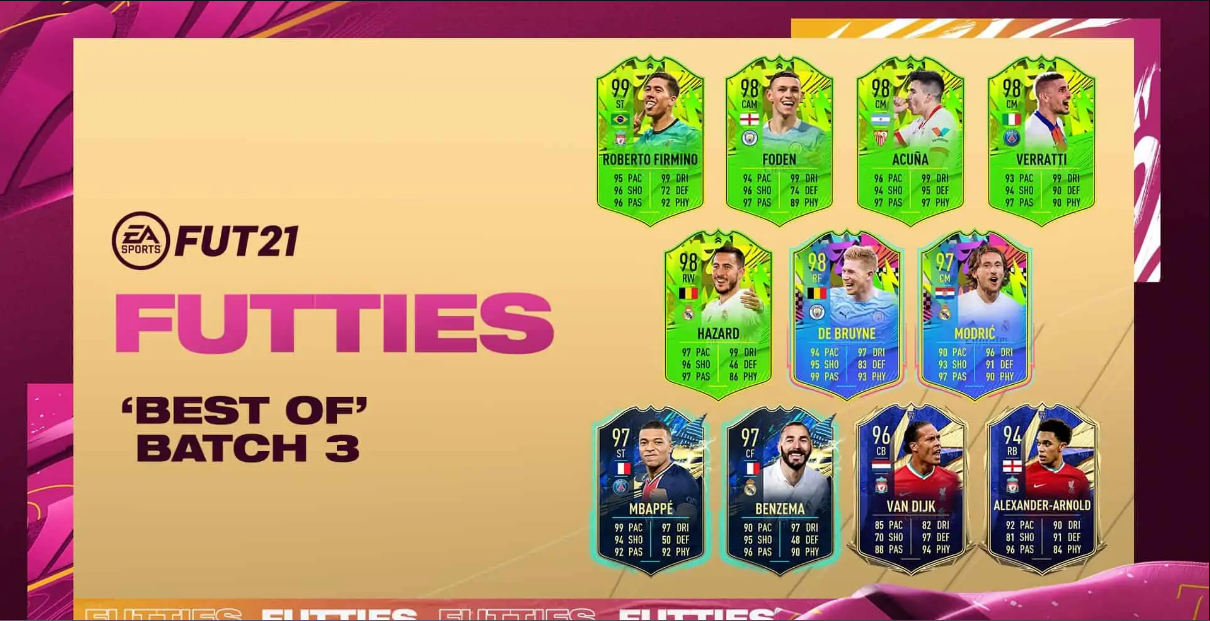 The third and last Best of FUTTIES batch is live in FIFA 22 Ultimate Team starting today, bringing back previously released player items in FUT packs. This one has some of the highest-rated players in the game, like Lionel Messi and Cristiano Ronaldo.

Players know that the current FIFA cycle is ending when the FUTTIES promotion arrives. It has brought back cards each year from favorite promos such as Team of the Year (TOTY), Team of the Week (TOTW), Numbers Up, Fantasy, Headliners, and Future Stars.

This “Best of” Batch features 200 special cards, the largest batch of the promotion, from more than 10 previously released promos from this season. This promo also includes other features such as the FUTTIES weekly voting that already offered several Premium FUTTIES player items, FUTTIES Favorites, and Weekly Cups.

There are also FUTTIES-themed squad-building challenges (SBCs) and objectives. An upgraded FUTTIES version and two FUTTIES Winner sets of objectives, and a FUTTIES Winner SBC went live today, for example.

Here’s the full list of the best 11 players added with today’s batch: