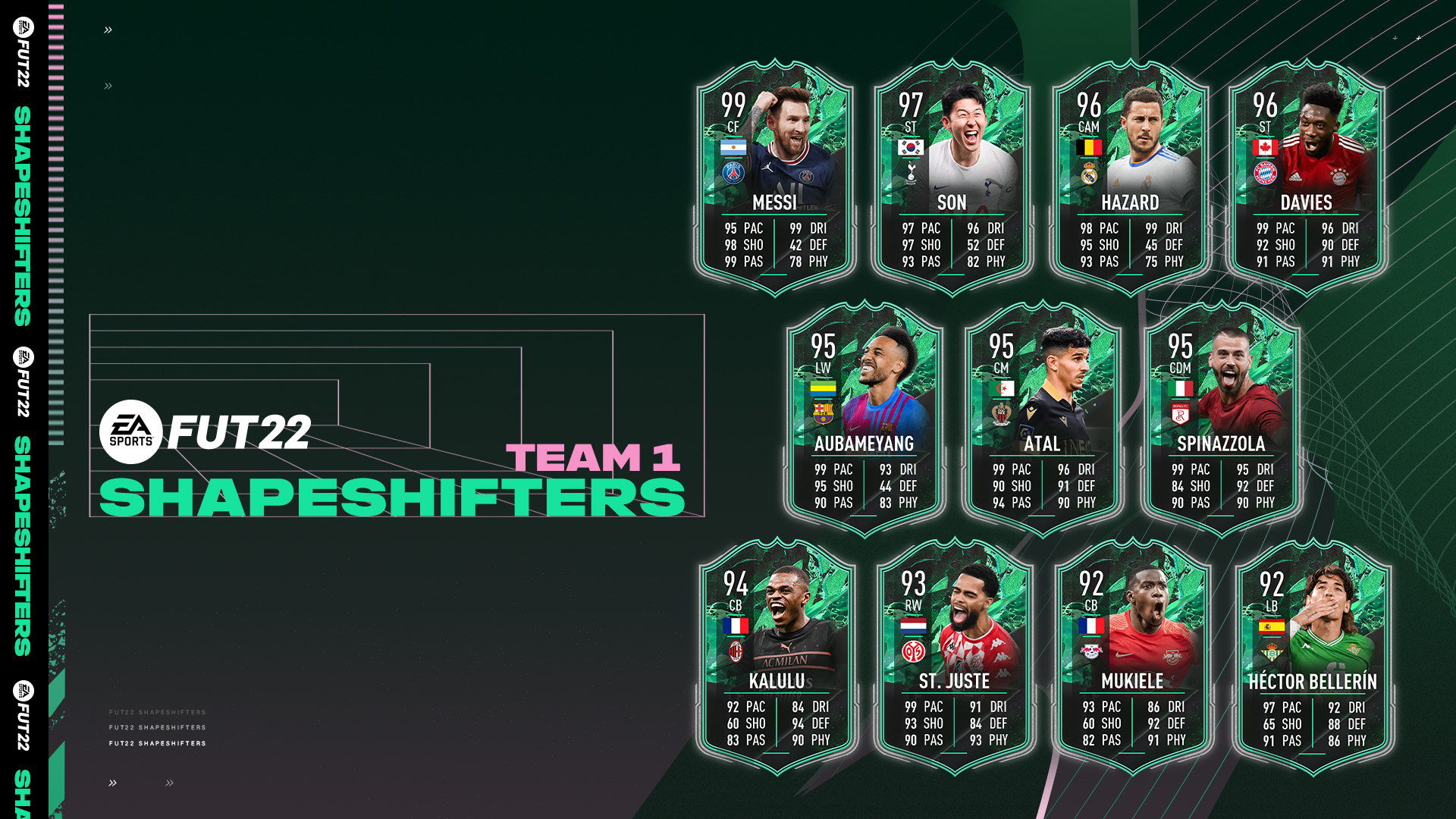 EA Sports launched a new promotion in FIFA 22 Ultimate Team today called Shapeshifters. The first team has extremely high-rated cards and is available for players to get through FUT packs or by buying them on the FUT market.

The Shapeshifter promotion gives a new perspective to how players can perform in FIFA 22 Ultimate Team by offering cards with new positions and upgraded stats. This new card can give your team a fresh and different feel. 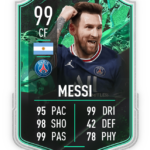 There are a total of 11 new Shapeshifter cards in the first released team. In the pool of players you can get, you’ll find names like Lionel Messi, Heung min Son, Eden Hazard, and Pierre-Emerick Aubameyang.

The prices for such high-rated cards will vary for each player, but the most expensive one will definitely be the 99-rated Shapeshifters Messi―currently priced at around 7.5 million FUT coins. There is always a chance you can get these cards on FUT packs depending on your luck.

Other Shapeshifters cards will be released through squad-building challenges (SBCs) and themed objectives. Players can expect more Shapeshifters SBCs and Objectives to be released daily across the weeks that this promotion is live in FIFA 22 Ultimate Team.

Yannick Gerhardt from VfL Wolfsburg and Nicolas Pépé from Arsenal both received a Shapeshifters version today that players can get by completing a set of objectives, while Felipe Anderson from Lazio is available via an SBC.

EA hasn’t stated how long this promotion will last, but it’s likely there will be at least one more team with new Shapeshifters cards next Friday, June 24. That’s probably when the cards from the first team will leave FUT packs.

Here is the list of all the Shapeshifters cards released today in FIFA 22 Ultimate Team: