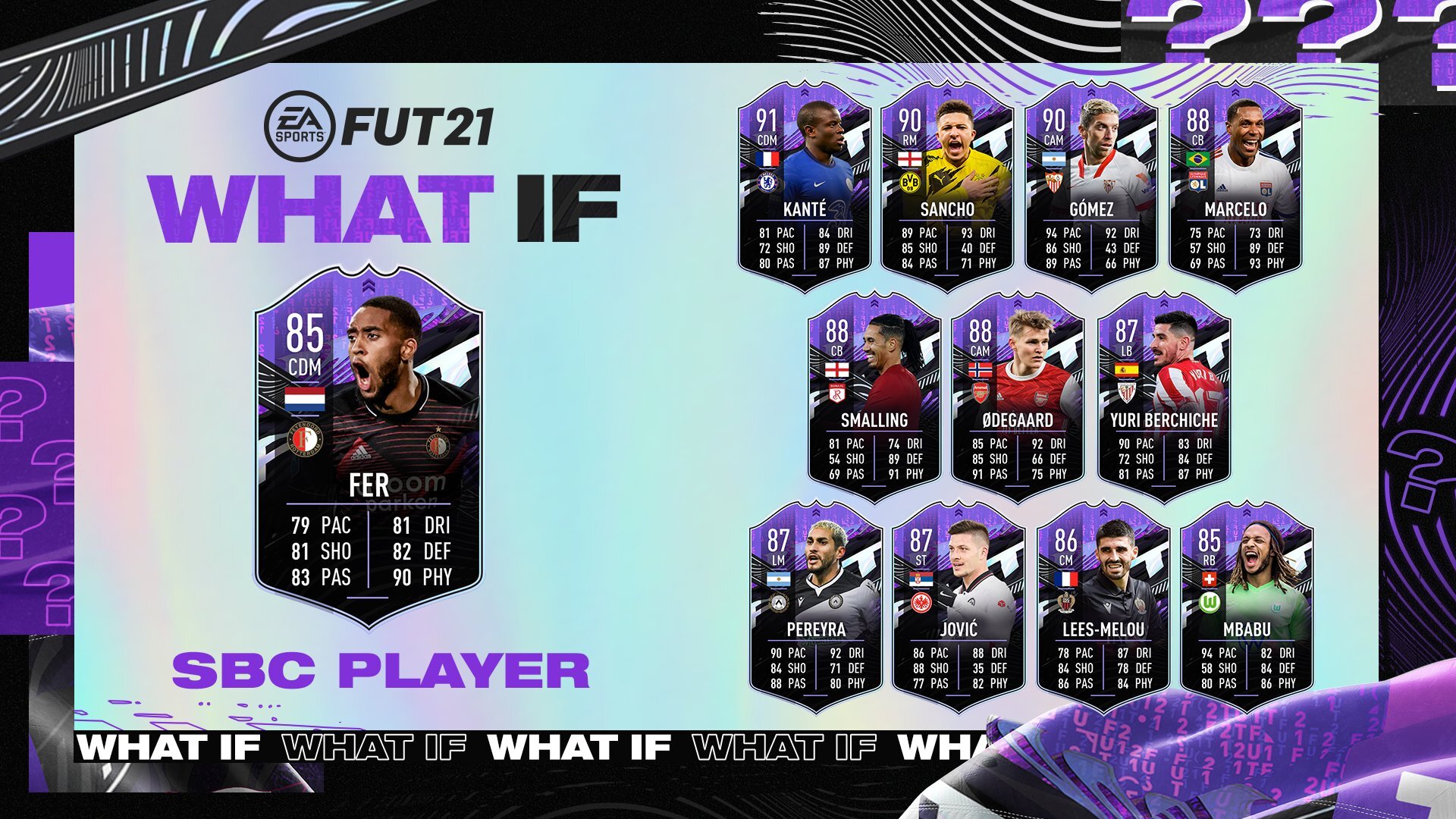 EA Sports has added an 86-rated What If version of Leroy Fer from Feyenoord to FIFA 21. This item is obtainable through the squad-building challenge (SBC) menu in FIFA 21 Ultimate Team.

This is Fer’s first special item during the FIFA 21 Ultimate Team cycle. This card is a part of the What If promo and was released today. Depending on his performance in real life, he might get a +2 upgrade.

EA greatly boosted Wendell’s stats, including Pace (+12), Passing (+12), Defending (+10), Shooting (+9), Dribbling (+9), and Physical (+7) when compared to his original 76-rated gold card. It’s generally a good card when looking at his four-star weak foot, but his stats aren’t anything special except for his 96-rated Shot Power.

If you want to complete the What If Leroy Fer SBC, you’ll have to turn in one 84-rated squad with 70 chemistry minimum and at least one player from the Netherlands.

This SBC is available until March 10. Here’s the cheapest solution to complete What If Leroy Fer SBC right now according to FUTBIN, a website that specializes in FIFA content.