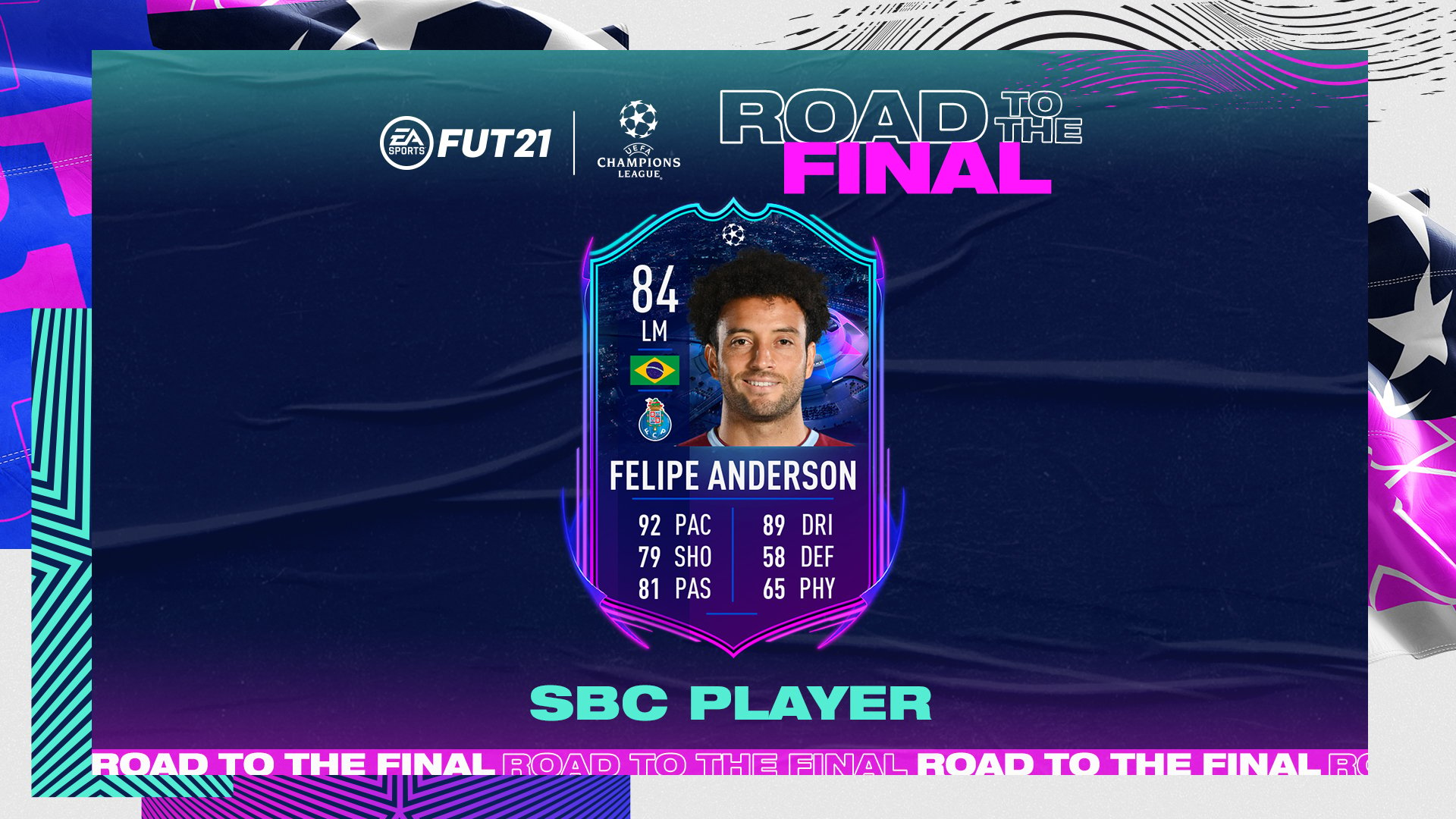 This is the first special card that Felipe Anderson has earned in FIFA 21 Ultimate Team. All of the UCL RTTF cards will gain an overall upgrade every time their team advances to the next stage of the UCL. The same mechanic applies if Felipe Anderson and Porto descend to the UEFA Europa League (UEL).

EA has boosted all of Felipe Anderson’s stats to launch his UCL RTTF card, including Physical (+4), Shooting (+4), Pace (+3), Dribbling (+3), and Passing (+3), when you compare this new version to Felipe Anderson’s 81-rated gold version. You’ll have until Nov. 22 to complete this SBC.

UEL RTTF Felipe Anderson SBC costs around 45,000 FUT coins on any platform right now, which is a bit expensive considering that Porto won’t likely make a deep run in the UCL. This live item can become a good card if Porto come in third place in Group C, which would relegate them to the UEL, a competition where they’d have a better chance to qualify at least for the quarterfinals.

If you want to complete this SBC, you’ll need to turn in one 84-rated squad with 80 chemistry minimum, at least one Inform, and one Brazilian player.

Here’s the cheapest solution to complete UCL RTTF Felipe Anderson SBC right now, according to FUTBIN, a website that specializes in FIFA content.