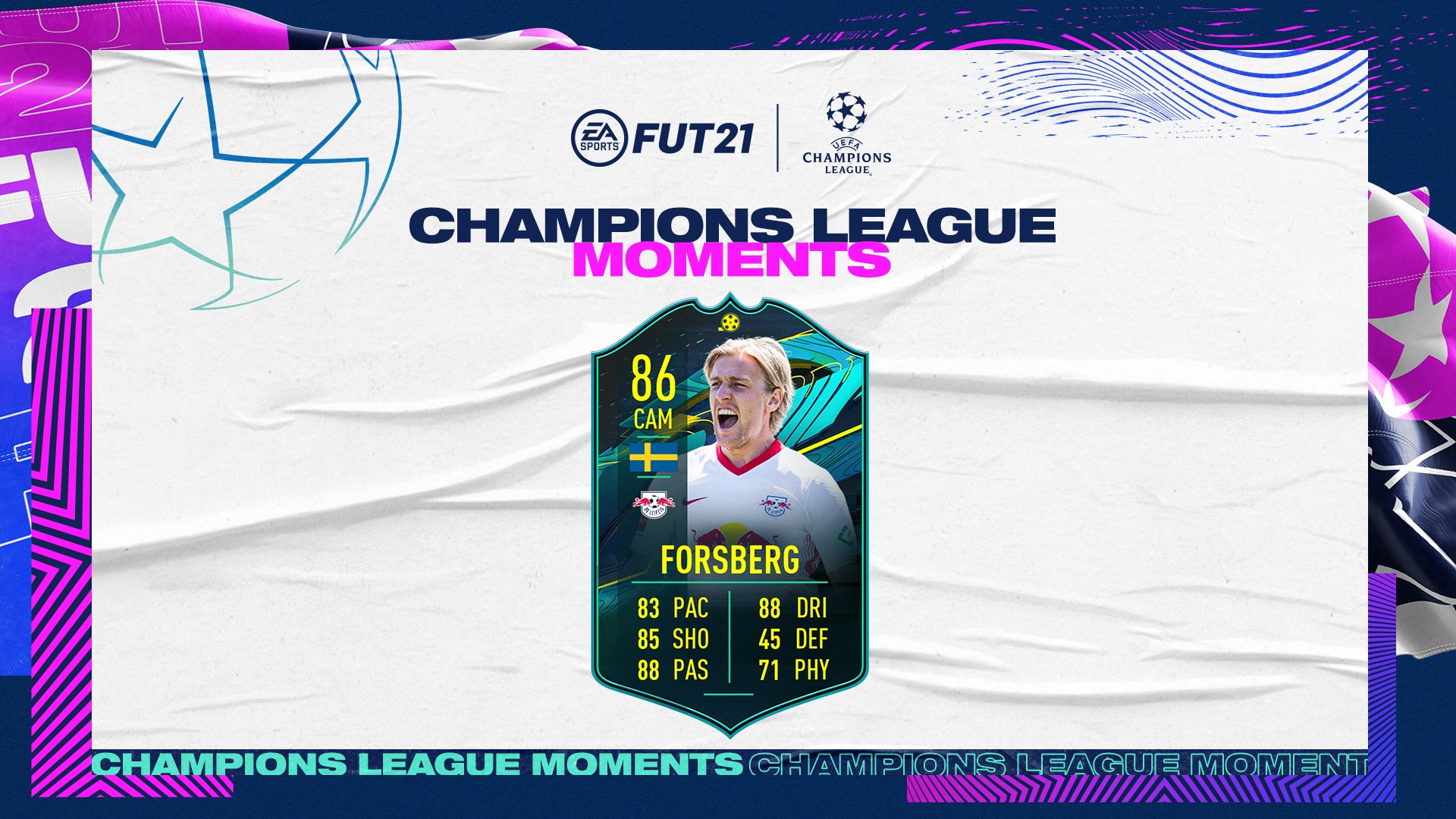 This is the first UCL Moments card that EA has added to FIFA 21 Ultimate Team and is also Forsberg’s first special card in this edition. Moments cards are given to celebrate a special match or season that a specific player had in the past. EA created this UCL Moments card to celebrate the two goals Forsberg scored against Benfica in the UCL 2019-20 group stage.

This SBC costs around 120,000 FUT coins on Xbox One and PC, but it’s a bit cheaper on PlayStation 4 (105,000 FUT coins). EA did a great job of adding a new version of a player that almost nobody was using in FIFA 21 Ultimate Team. You can link UCL Moments Forsberg with other special cards, such as the Bundesliga Player of the Month Andrej Kramarić from Hoffenheim, Rulebreakers Marco Reus from Borussia Dortmund, or the Storyline version of Marcel Sabitzer from RB Leipzig.

Here’s the cheapest solution to complete UCL Moments Forsberg SBC right now, according to FUTBIN, a website that specializes in FIFA content.