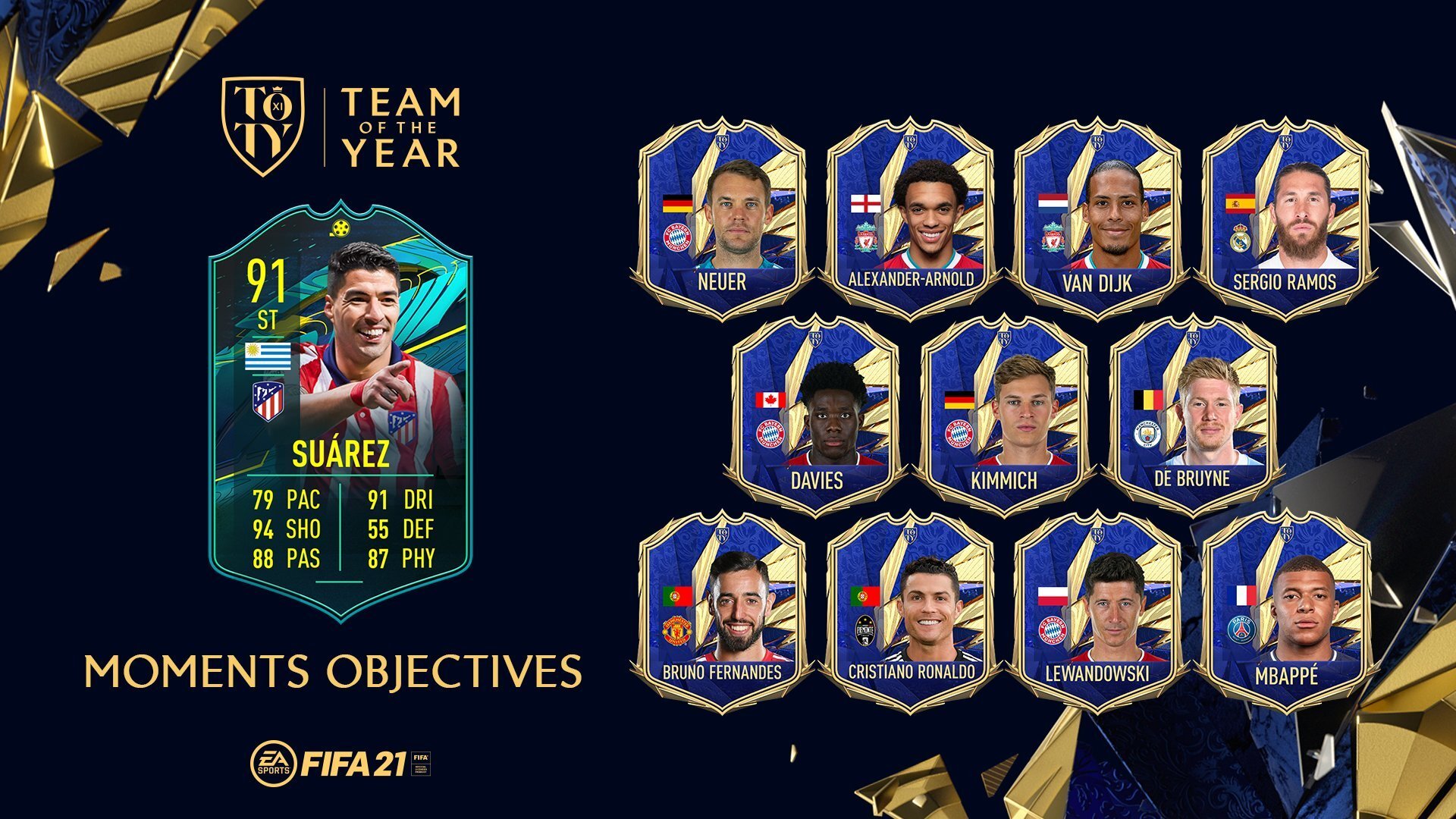 Suárez already has three other special cards in FIFA 21 Ultimate Team. Moments cards usually celebrate a special match or season that a specific player had in the past, but this version is unique because it celebrates the 2020 “Goal of the Year” that Suárez scored against Mallorca.

This TOTY Player Moments version is Suárez’s highest rated card. EA has boosted all of his stats, including Pace (+9), Dribbling (+8), Passing (+6), and Shooting (+4), when compared to his 87-rated gold version.

Player Moments Suárez’s objectives will expire on Feb. 2. That’s plenty of time to complete his five objectives and only one of them requires you to win the matches. Every task has to be completed in the FUT Friendly: World Beaters mode.

Here are all objectives you have to complete to earn TOTY Player Moments Luis Suárez.