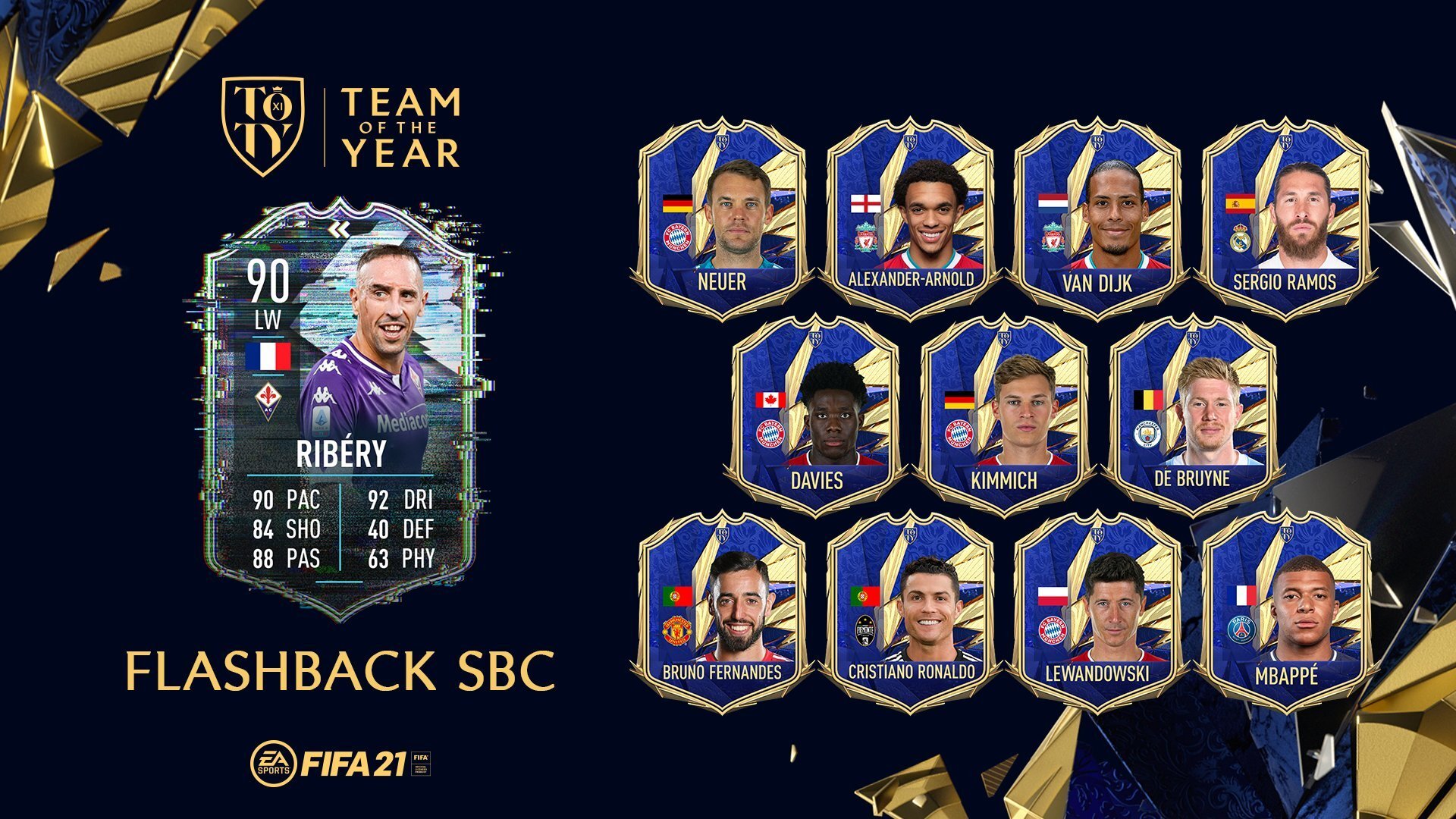 EA Sports added a 90-rated Team of the Year (TOTY) Flashback version of Franck Ribéry from Fiorentina to FIFA 21 today. This item is available through the squad-building challenge (SBC) menu in FIFA 21 Ultimate Team.

This is Higuaín’s first special card in FIFA 21 Ultimate Team. EA added this Flashback version to celebrate his inclusion in FIFA 14 TOTY. The SBC will expire on March 5.

EA has massively increased all of Ribéry’s skills, including his Pace (+16), Shooting (+10), Defending (+10), Physical (+10), Passing (+6), and Dribbling (+6) when you compare this new card to his 81-rated gold version. This is a considerably good card because of its high meta-gaming skill rates such as 91 Acceleration, 93 Balance, 89 Agility, five-star skill moves, and five-star weak foot.

Flashback Ribéry costs around 836,150 FUT coins on Xbox One, 886,750 on PlayStation 4, and 997,150 on PC. This is an extremely overpriced card considering it’s untradable and you can find other players with similar stats and still sell them later. You could buy Neymar, for example, who’s arguably on the same level as Flashback Ribéry and he’d be a tradeable item that’d cost even less.

Flashback Ribéry’s price would be easily justified if EA boosted his Shooting stats. Even if you apply the hunter chemistry style, it won’t maximize his capability of scoring goals. Stats and price aside, though, this would be a great addition for your club if you’re simply a fan of Ribéry who wants that nostalgic feeling or if you need a great link for your Cristiano Ronaldo.

If you want to complete the Flashback Ribéry SBC, you’ll need to turn in five different squads: Past and Present, Top Form, Bayern’s Idol, Les Blues, and 88-rated Squad.

Here’s the cheapest solution to complete the TOTY Flashback Franck Ribéry SBC right now, according to FUTBIN, a website that specializes in FIFA content.