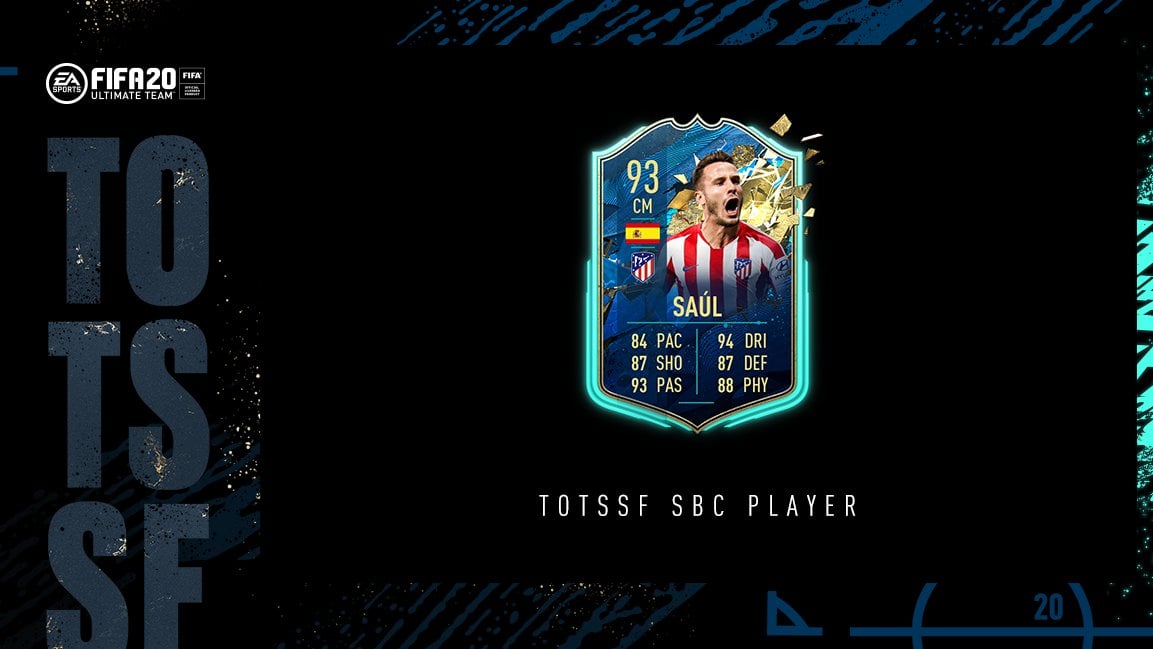 The SBC is a Team of the Season So Far (TOTSSF) 93-rated version of Saúl Ñíguez from Atlético Madrid. He’ll be available for the next five days in the Ultimate Team’s SBC menu.

The TOTSSF Saúl is a top-tier midfielder for FIFA 20 Ultimate Team. EA has boosted all of the stats that matter for a center midfielder—Pace (+14), Passing (+14), and Dribbling (+13)—when compared to Saúl’s base gold 85-rated card.

If you complete TOTSSF Saúl, you might want to use an engine chemistry style on him so he can have even more Pace and Dribbling. But you can also try a shadow or an anchor. Either one of these chemistry styles will transform TOTSSF Saúl into a 95+ rated midfielder, according to FUTBIN, a website that specializes in FIFA content.

If you’re using a LaLiga squad in Ultimate Team, this is an SBC you’ll want to complete. He obviously links with anyone from the LaLiga and comes at a cheap price for a TOTSSF card.

You’ll need to turn in two squads to complete the SBC. One is an 85-rated team with 75 chemistry minimum, at least one Inform, and one player from Atlético Madrid. The second solution requires an 86-rated squad with 70 chemistry minimum and one LaLiga player.

Here’s the cheapest solution to complete TOTSSF Saúl right now, according to FUTBIN.