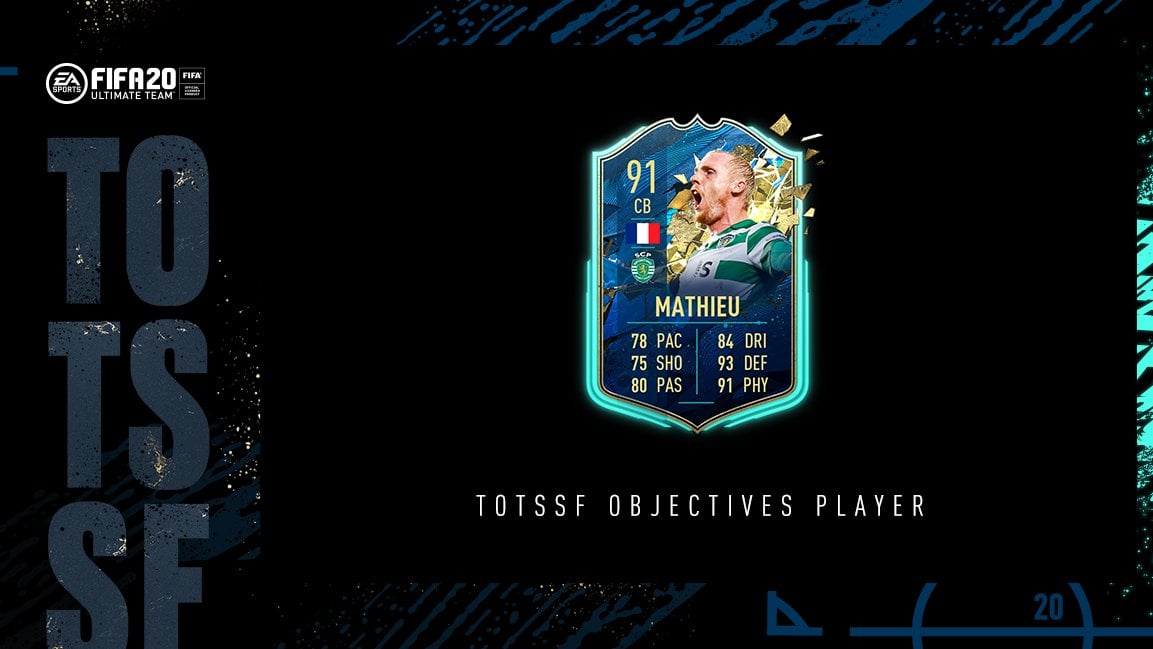 It’s a Team of the Season So Far (TOTSSF) 91-rated version of Jérémy Mathieu from Sporting, one of the clubs from the Liga NOS, the Portuguese soccer league. He was added alongside the official Liga NOS TOTSSF squad. His objectives will be available for the next seven days.

Although the card itself is a bit below the current FUT power curve, TOTSSF Mathieu can link to several quality players since he’s from France. You can link him with TOTSSF Raphaël Varane 97-rated from Real Madrid, FUT Birthday Moussa Sissoko 88-rated from Tottenham, and any version of Hugo Lloris from Tottenham.

To earn TOTSSF Mathieu, you’ll have to complete a set of four in-game objectives that require you to play Division Rivals matches. But the easiest ones can also be done in Squad Battles matches. Only one of the four objectives requires you to win the match, though, which makes TOTSSF Mathieu easier to complete.

Here are all four objectives that you have to complete to earn TOTSSF Mathieu.