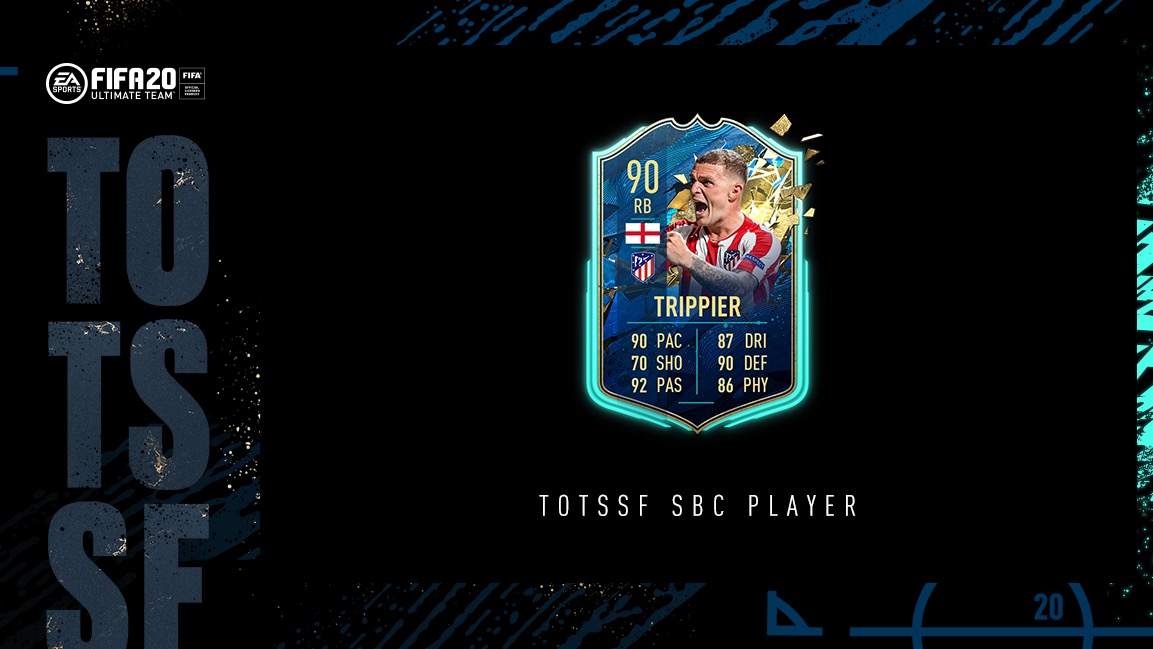 EA Sports introduced a new Team of the Season So Far (TOTSSF) squad-building challenge (SBC) today that the FIFA 20 community voted on.

The player is the Kieran Trippier, an English right-back from Atlético Madrid. Trippier’s TOTSSF 90-rated card has received a massive upgrade when compared to his base gold 80-rated version. EA boosted his Pace (+16), Physical (+14), Defending (+12), and a bunch of other stats.

The anchor chemistry style may be the one to go as it almost maximises his pace and makes him a superb defender. TOTSSF Trippier becomes a 95-rated full-back with the shadow chemistry style applied, according to FUTBIN, a website that specializes in FIFA content.

If you want to complete TOTSSF Trippier, there are plenty of quality links to go for since he plays in LaLiga, one of the most famous soccer leagues, and he’s English. You can link him to great defenders, like Prime Moments Sol Campbell 91-rated (Icon) and the 93-rated Moments Sergio Ramos from Real Madrid, or you can link him to great attacking options, like any version of Lionel Messi from Barcelona.

Here’s the cheapest solution to complete TOTSSF Trippier right now, according to FUTBIN.