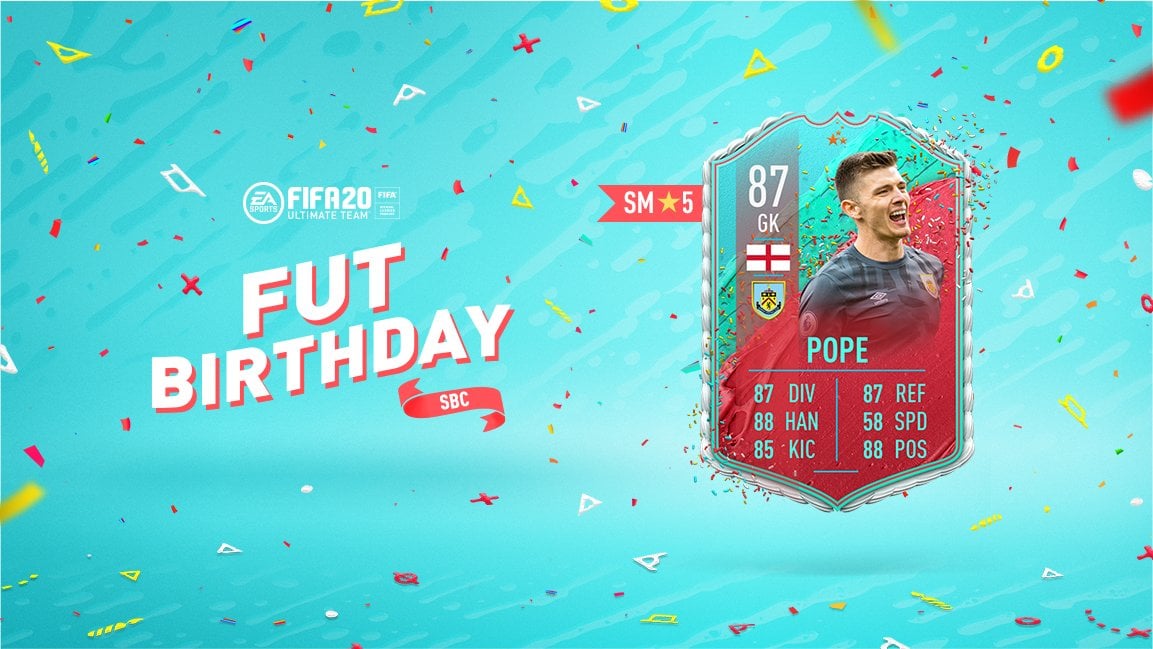 EA Sports has added a unique squad-building challenge for an 87-rated Nick Pope from Burnley to FIFA 20 Ultimate Team.

Pope’s new card is part of FUT’s birthday, which boosts the player’s skill moves or weak foot. FUT birthday Pope is unique because he’s the first goalkeeper with five-star skill moves, which means he can perform any skill move available in FIFA 20.

His stats were also massively upgraded—Pope’s base gold card is only 79-rated. This is a good option for anybody who uses a Premier League backline with Flashback Angelo Ogbonna from West Ham, Flashback David Luiz from Arsenal, and Flashback Azpillicueta from Chelsea, among other solid options.

The best thing on Pope’s SBC is that it’s cheap. You only need an 84-rated squad with at least one English player and a minimum of 80 team chemistry. The SBC is available until Saturday, April 11.