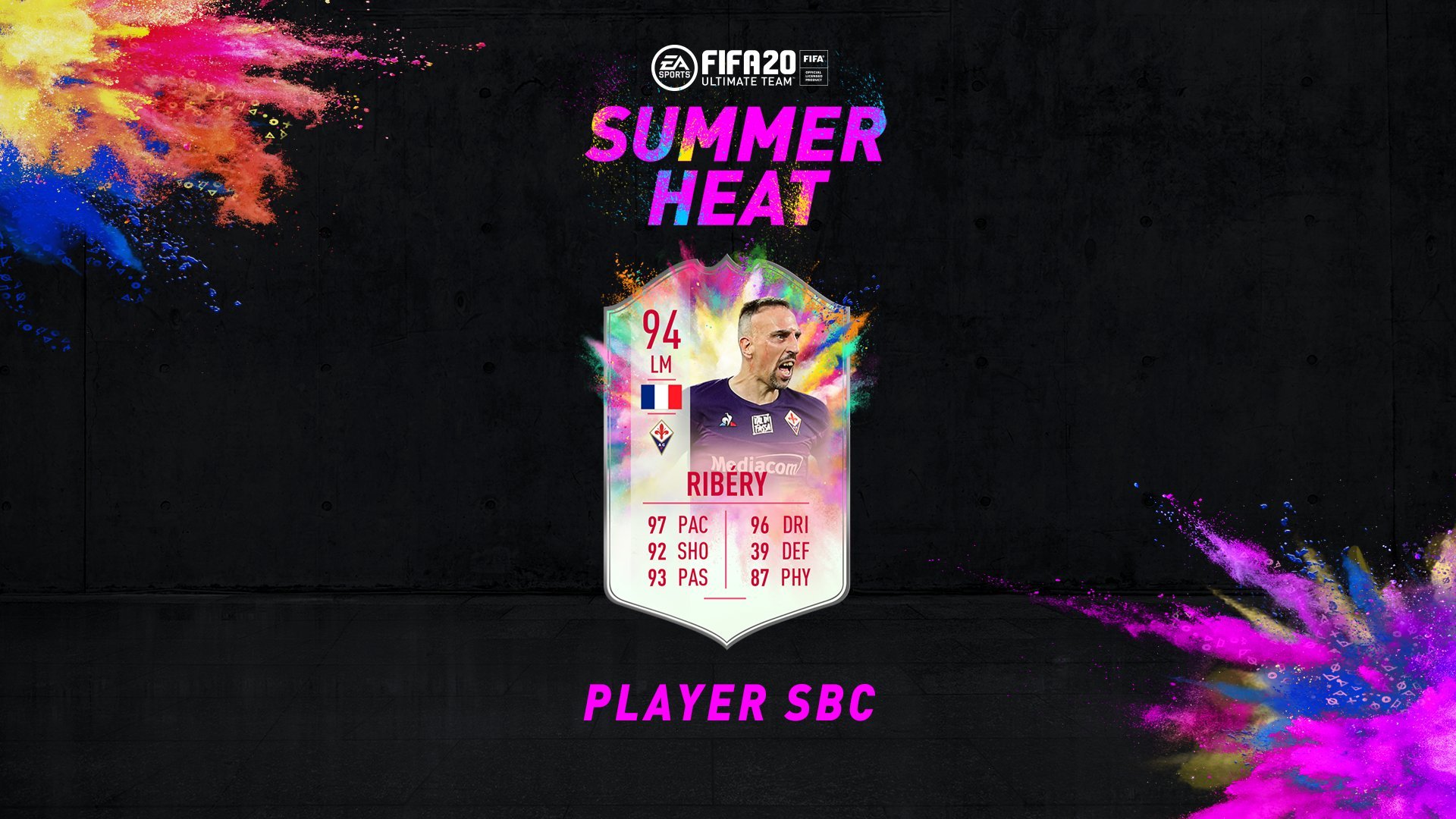 The Summer Heat Ribéry SBC has no expiration date, which means you can craft cards toward it at your own pace. This is his highest-rated version in FIFA 20 Ultimate Team and the second special card he’s received following his ShapeShifters 91-rated card in February.

Summer Heat Ribéry is definitely one of the best cards released this year in Ultimate Team. The French attacker has five-star skills moves and weak foot, which can definitely help create and score goals. He also has everything you need in an attacker: Pace, Shooting, and Dribbling. If you complete this SBC, you should apply the marksman chemistry style since it’ll maximize Ribéry’s Shooting and Dribbling and give him a great Physical boost.

This SBC will cost you around 630,000 FUT coins on any platform if you build it from scratch. Here’s the cheapest solution to complete Summer Heat Ribéry right now, according to FUTBIN, a website that specializes in FIFA content.