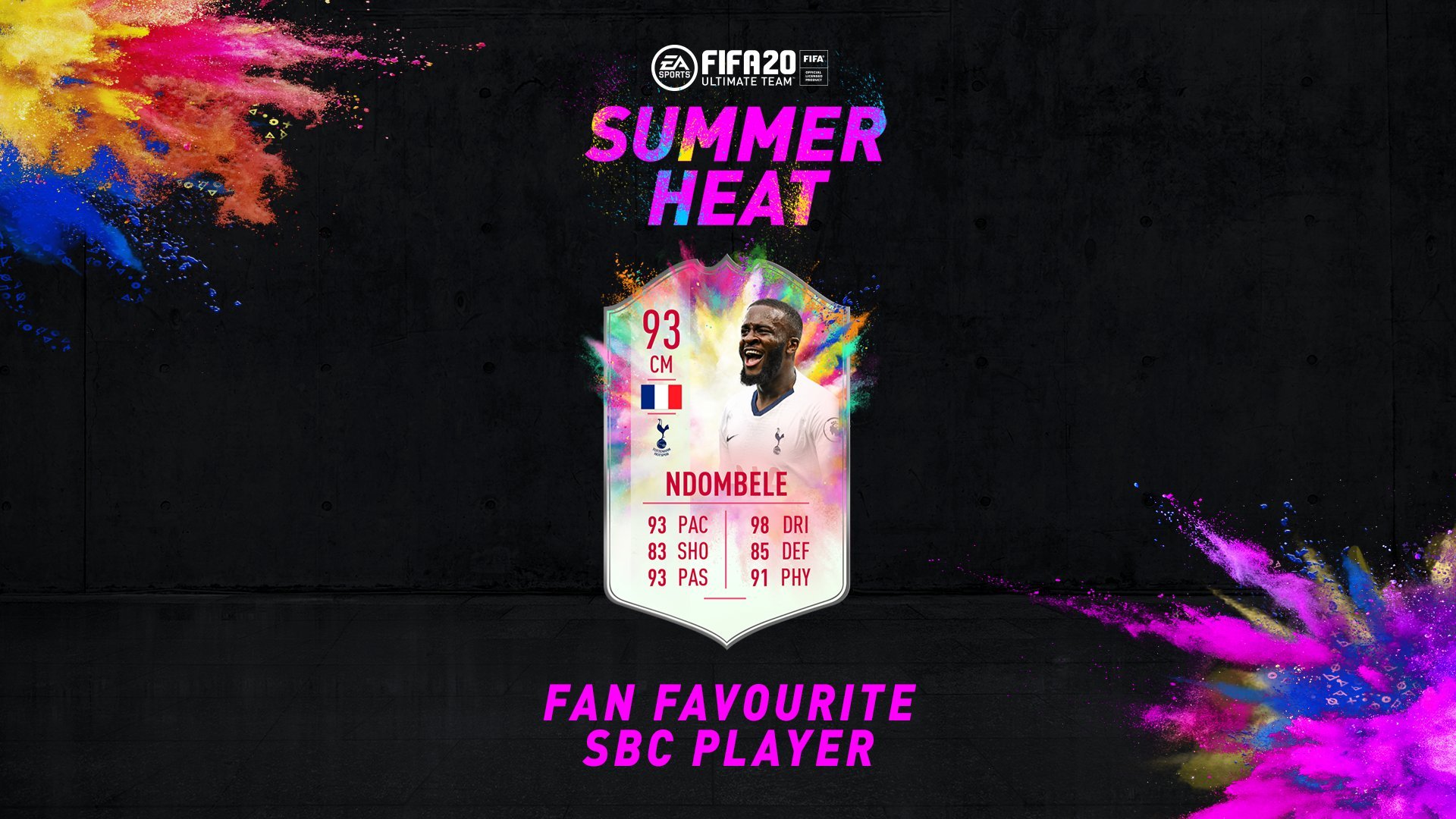 FIFA fans will get to vote on which popular FUT cards will receive a special boosted Summer Heat edition, achievable through squad-building challenges (SBC) or the objectives menu. Each vote will include three different FUT cards. The winner will get an SBC or objectives version, while the two runners-up will earn a Summer Heat card available only in FUT Draft.

Tanguy Ndombele from Tottenham was chosen to kick off the Summer Heat promo and has received a 93-rated version achievable through the SBC menu. You can complete the SBC until June 24.

This is the first special card Ndombele has received apart from his One to Watch (OTW) at the beginning of FIFA 20. Since Ndombele wasn’t rewarded with a Team of the Week (TOTW) card during the whole FIFA 20 cycle, his cards are all 81-rated.

EA has boosted all of his stats, including Pace (+13), Defending (+15), Passing (+15). Summer Heat Ndombele is a great card if you use a Premier League or French squad in Ultimate Team and need to upgrade one of your center midfielders. His stats are better suited for a box-to-box center midfielder.

This SBC costs around 150,000 FUT coins on any platform at the moment, if you build it from scratch. Here’s the cheapest solution to complete the Summer Heat Ndombele SBC right now, according to FUTBIN, a website that specializes in FIFA content.