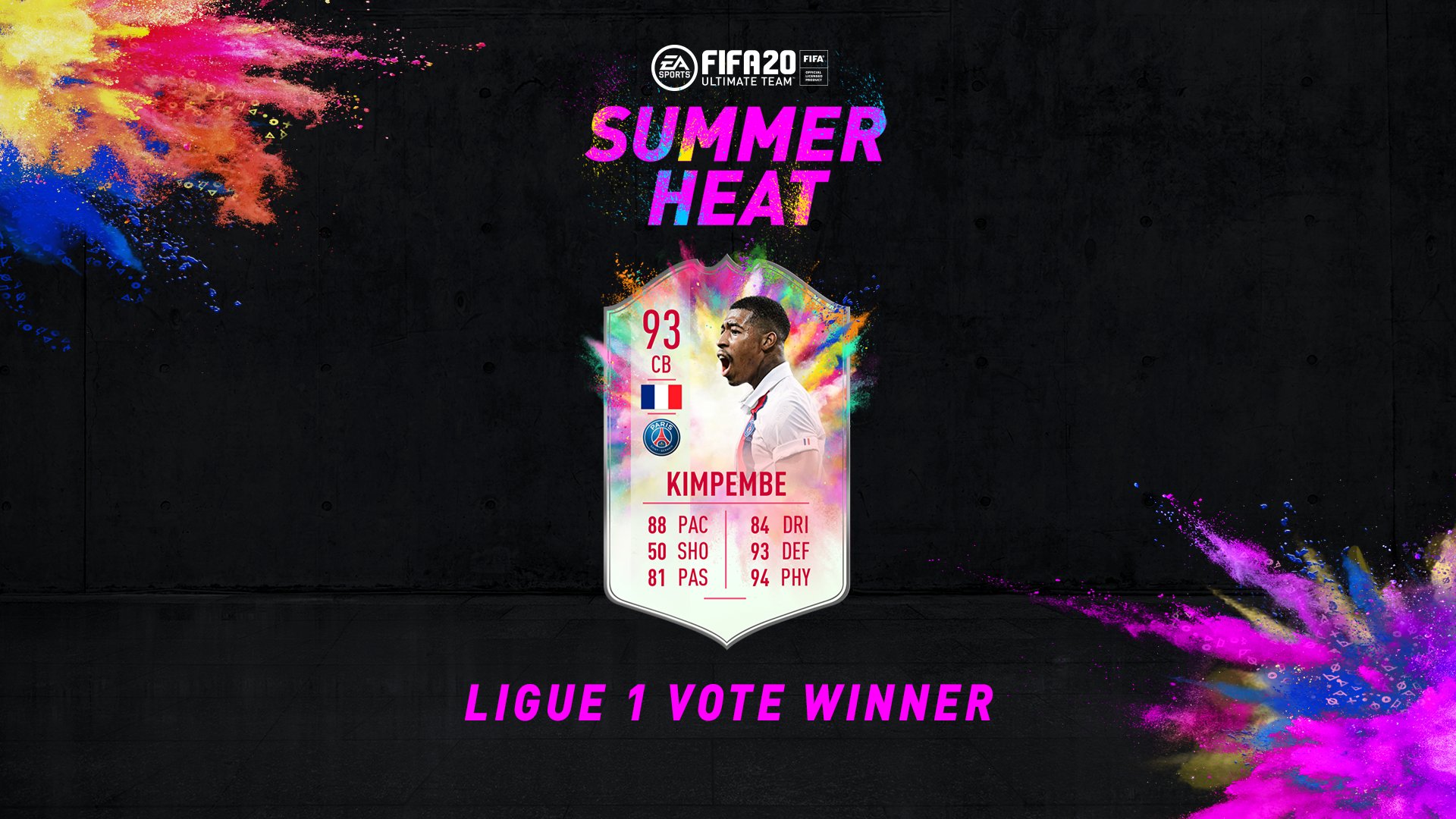 This special card can be completed until July 9. It’s the highest-rated version of Kimpembe, who hasn’t received a Team of the Season So Far (TOTSSF) card. EA has boosted all of Kimpembe’s stats, including Pace (+13), Defending (+12), Passing (+14), Physical (+11), and Dribbling (+16), when compared to Kimpembe’s 82-rated base gold version.

If you decide to play with Summer Heat Kimpembe, you may want to apply the shadow chemistry style to maximize his Pace or the anchor style if you want a small Defending boost. This card has everything necessary to be one of the top defenders in the FIFA 20 Ultimate Team cycle.

To complete the Summer Heat Kimpembe SBC, you’ll have to turn in two different squads. One is an 83-rated with 75 chemistry minimum and at least one player from Paris Saint-Germain. The second solution requires an 85-rated squad with 70 chemistry minimum and at least one Ligue 1 player. This SBC costs around 150,000 FUT coins on any platform if you build it from scratch at the moment.

Here’s the cheapest solution to complete Summer Heat Kimpembe SBC, according to FUTBIN, a website that specializes in FIFA 20.