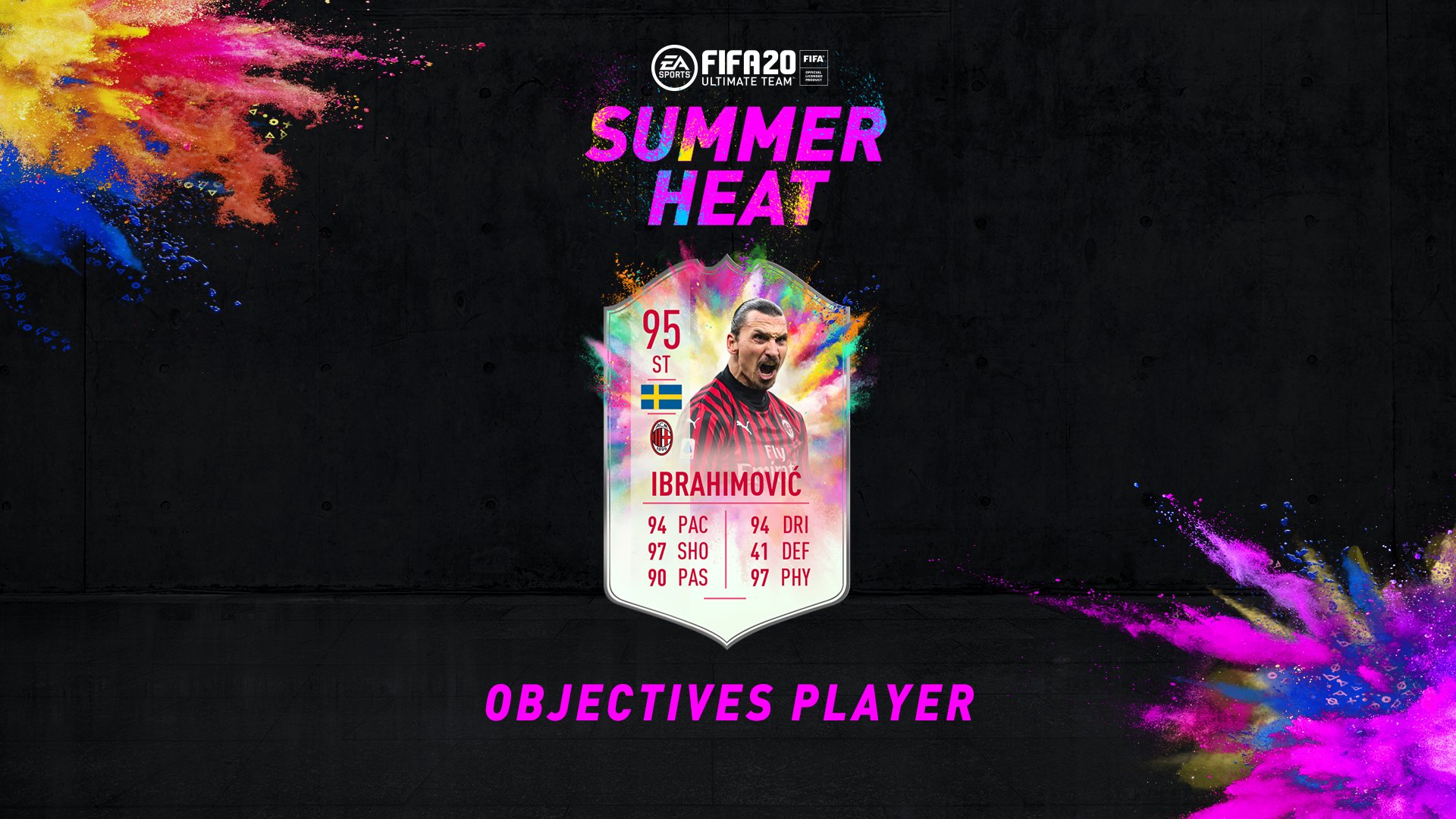 This is the best card the legendary Swedish player has received during the FIFA 20 Ultimate Team cycle. It has everything you want in a striker, apart from low Balance (47) and Stamina (73), which you can slightly improve with the engine chemistry style.

Here are all four objectives that you have to complete to earn Summer Heat Ibrahimović.