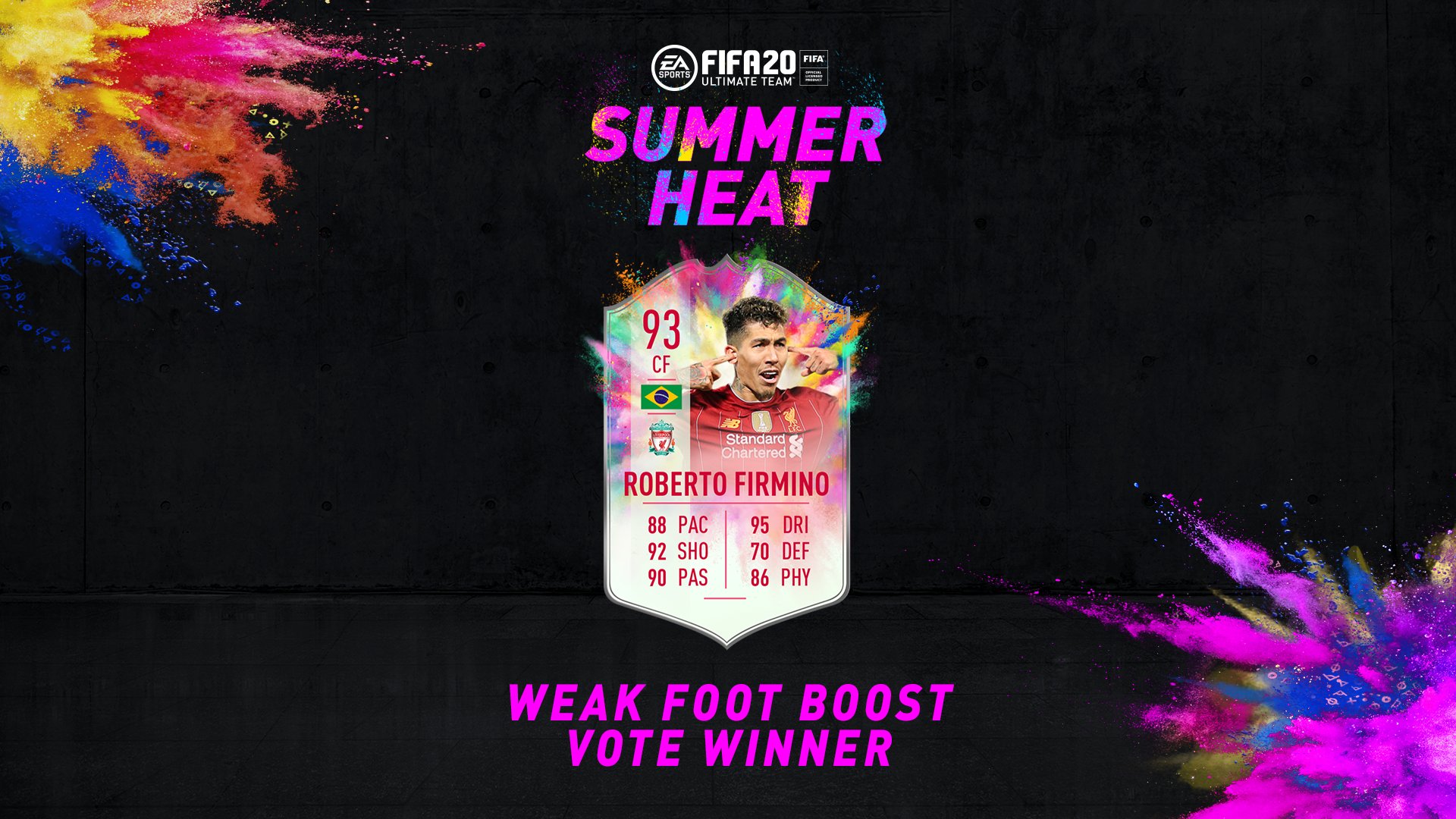 The Brazilian striker received the most votes from the fans out of the options EA provided, which also included Jamez Rodríguez from Real Madrid, and Florian Thauvin from Lyon. Summer Heat Firmino SBC has no expiration date, which means you can craft cards toward it at your own pace.

This is the highest-rated version of Firmino in FIFA 20, who didn’t get a Team of the Season So Far (TOTSSF) or Team of the Year (TOTY) card despite Liverpool’s great campaign in 2019 and 2020. Although Summer Heat Firmino isn’t as high-rated as some other Ultimate Team cards, EA has upgraded his weak foot from four to five stars, which will definitely help his attacking capability.

This SBC will cost you around 400,000 FUT coins on any platform if you build it from scratch. Here’s the cheapest solution to complete Summer Heat Firmino right now, according to FUTBIN, a website that specializes in FIFA content.