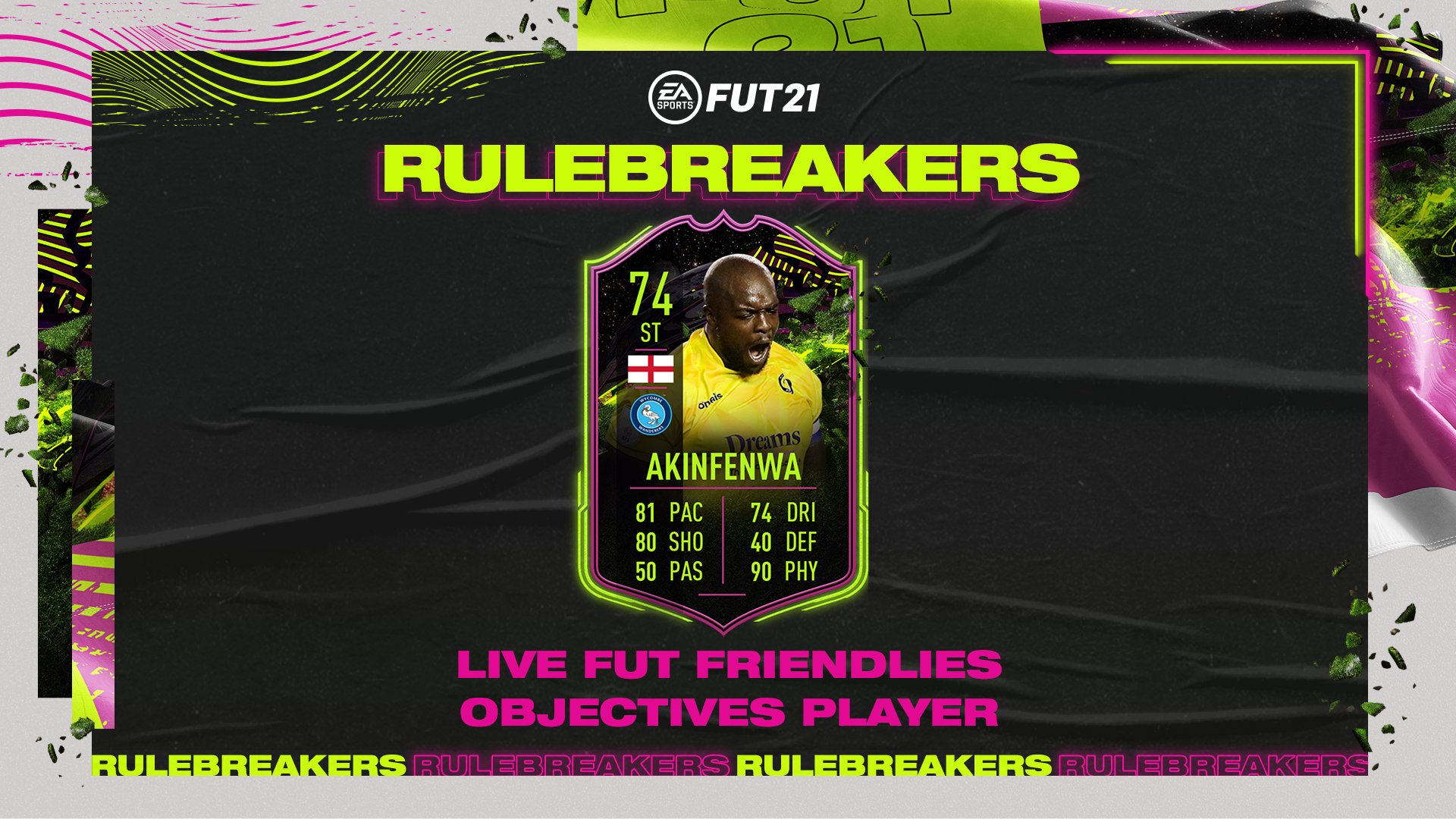 It’s a special 74-rated version of Adebayo Akinfenwa from Wycombe Wanderers. This is Akinfenwa’s first special card in FIFA 21 Ultimate Team and it’s special because the card will play like an 85-rated striker with the hunter chemistry style, according to FUTBIN, a website that specializes in FIFA content.

EA has boosted almost all of Rulebreakers Akinfenwa’s stats, including Pace (+39), Dribbling (+18), Shooting (+16), and Physical (+9), when you compare this version of Akinfenwa to his 65-rated silver one. Although EA boosted his Pace, you’ll want to upgrade it even more. That’s why the hunter chemistry style is so important.

All of Rulebreakers Akinfenwa’s objectives have to be completed in the Live FUT Friendly: No Boundaries mode. You’ll have until Nov. 3 to finish them and earn the card.

Here are all four objectives that you have to complete to earn Rulebreakers Akinfenwa.