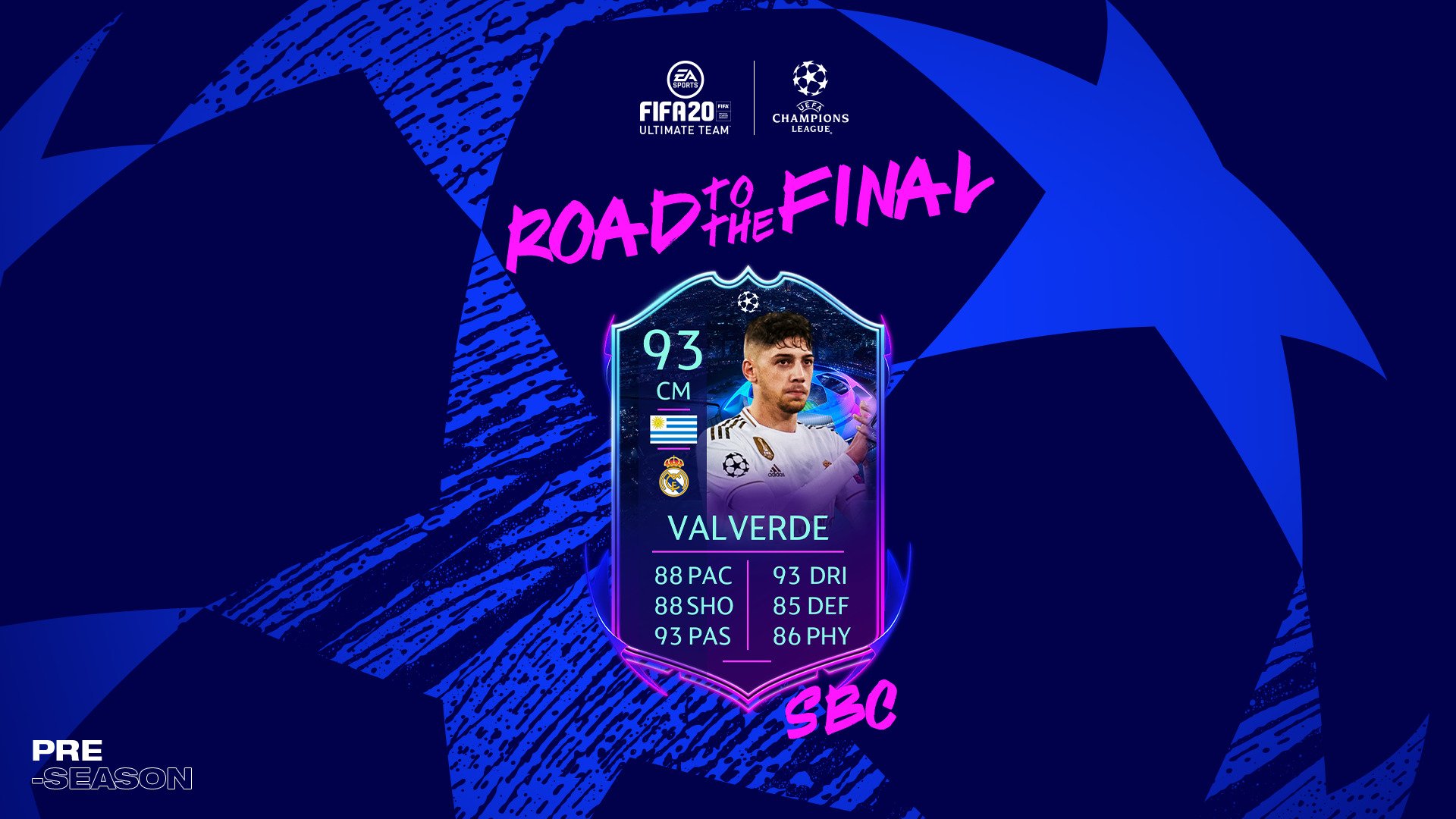 This is the second special card that Valverde has earned in FIFA 20 Ultimate Team. He was also one of the players in the Future Stars promo during February. EA has boosted all of Valverde’s stats, including Shooting (+4), Passing (+4), Pace (+3), and Dribbling (+2), when compared to his Future Stars 91-rated edition.

RTTF Valverde, however, will be upgraded if Real Madrid advances in the UEFA Champions League. Real Madrid will play the second leg of the UCL’s round of 16 against Manchester City on Aug. 7. They lost the first game 2-1 at home. RTTF Valverde SBC will be available until Aug. 7.

If you want to complete RTTF Valverde SBC, you’ll have to turn in one 83-rated squad with 60 chemistry minimum and at least one player from Real Madrid. This SBC costs around 55,000 FUT coins at the moment if you build it from scratch.

Here’s the cheapest solution to complete RTTF Valverde SBC right now, according to FUTBIN, a website that specializes in FIFA content.