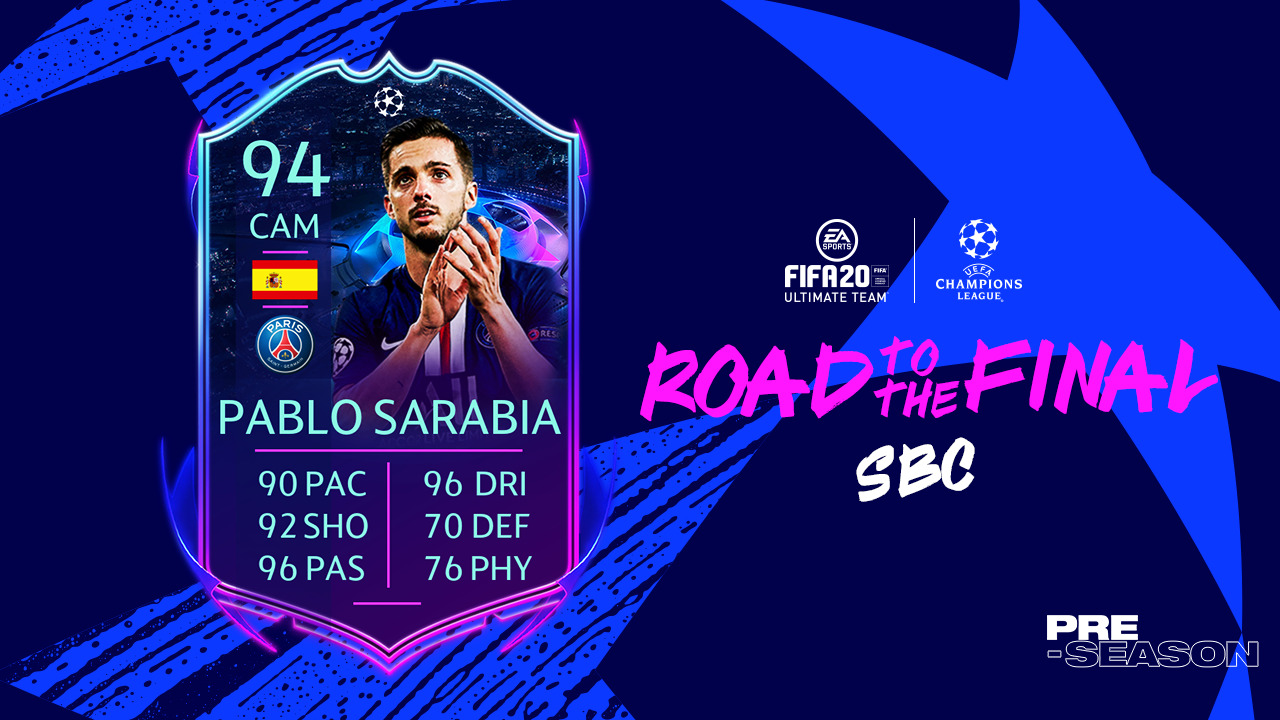 Although Sarabia received a few special cards in FIFA 20 Ultimate Team, this RTTF version is the best one yet. EA massively boosted all of his stats, including Physical (+15), Pace (+11), Shooting (+11), Passing (+10), and Defending (+10), when compared to Sarabia’s Team of the Week Moments (TOTW) 86-rated version that was added in April.

RTTF Sarabia will also be upgraded if Paris Saint-Germain defeats Atalanta in the UEFA Champions League’s quarterfinals on Aug. 12. RTTF Sarabia SBC will be available until the game starts. This card is already incredible but you can boost it even more with the engine chemistry style, which will give him more Pace, Dribbling, and Passing stats.

If you complete RTTF Sarabia SBC, you’ll unlock the Icon home kit on the same platform in FIFA 21 Ultimate Team, which will be launched on Oct. 9.

This SBC comes at a great price, around 100,000 FUT coins on any platform, for a high-end card. You’ll also have no trouble linking RTTF Sarabia since he plays in the Ligue 1 and is from Spain, a league and nation that have some of the best cards in FIFA 20 Ultimate Team.

Here’s the cheapest solution to complete RTTF Sarabia SBC right now, according to FUTBIN, a website that specializes in FIFA content.