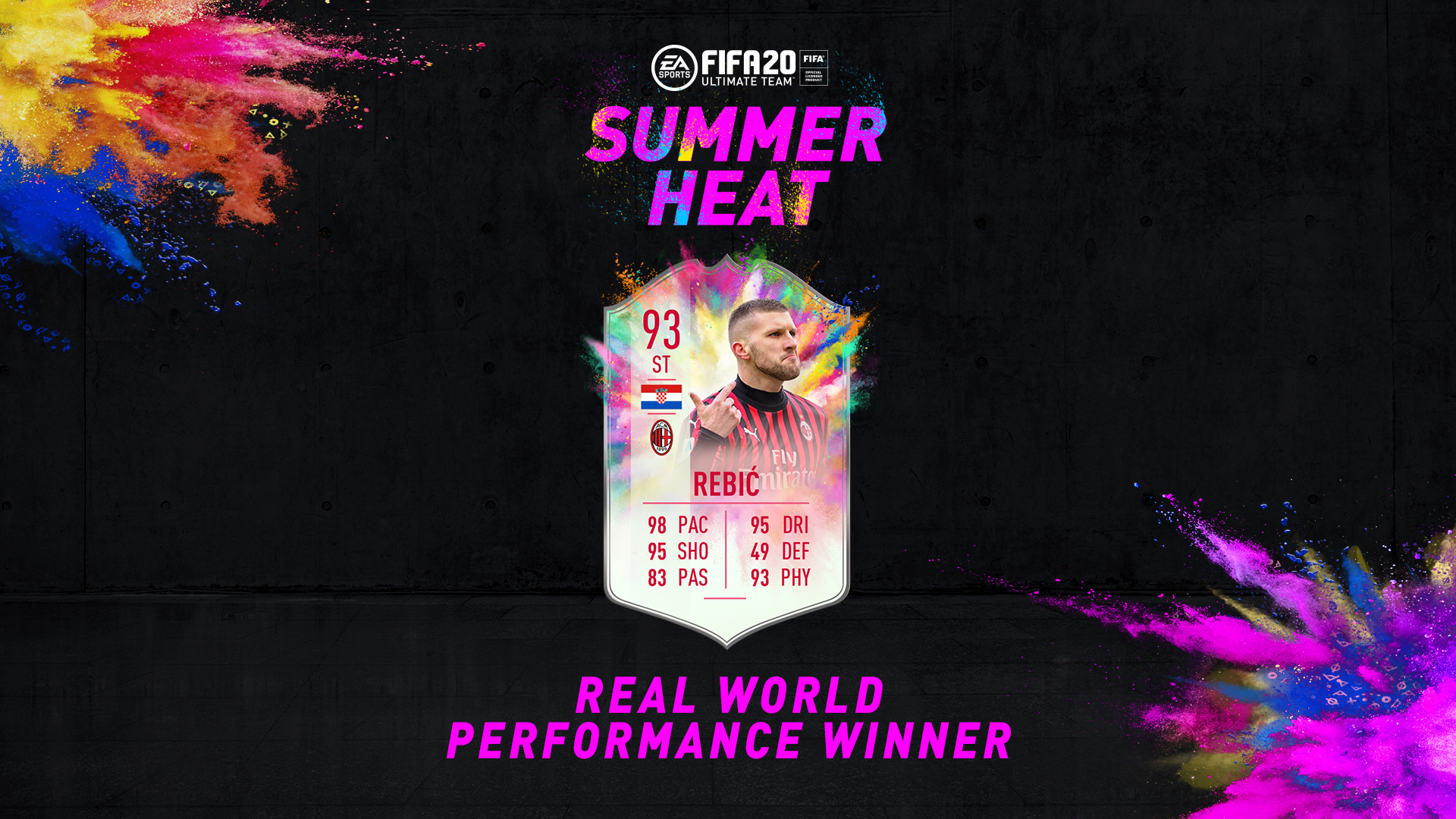 This special card can be completed until July 23. It’s the highest-rated version of Rebić, who hasn’t received a Team of the Season So Far (TOTSSF) card. EA has boosted all of Rebić’s stats, including Pace (+10), Shooting (+15), Dribbling (+17), Physical (+12), and Passing (+13) when compared to Rebić’s 80-rated base gold version. EA hasn’t boosted his skill moves and weak foot, but Rebić had already four stars in both, which is good but not great compared to high-end cards.

If you decide to play with Summer Heat Rebić, you may want to apply the engine chemistry style to boost his Pace, Agility and Balance or the sniper chemistry style if you want a Shooting boost instead of Pace. Although this is one of the best Serie A cards in the game, it can be a bit difficult to link if you don’t use a bunch of Serie A cards on your Ultimate Team squad.

There isn’t a lot of Croatian options to link with Summer Heat Rebić apart from Flashback Luka Modrić 96-rated from Real Madrid and Summer Heat Ivan Perišić 94-rated from Bayern Munich, which you might not have completed.

But there are some interesting options in the Serie A. Summer Heat Zlatan Ibrahimović 95-rated and Summer Heat Franck Kessié 94-rated from Milan are a couple of objectives players that were added in June. There are also cards that you can buy from the FUT market, such as any version of Cristiano Ronaldo from Piemonte Calcio and TOTSSF Luis Alberto 97-rated from Lazio.

To complete the Summer Heat Rebić SBC, you’ll have to turn in two different squads. One is an 83-rated with 80 chemistry minimum and at least one player from Milan. The second solution requires an 84-rated squad with 75 chemistry minimum and at least one Serie A player. This SBC costs around 150,000 FUT coins on any platform if you build it from scratch at the moment.

Here’s the cheapest solution to complete Summer Heat Rebić SBC, according to FUTBIN, a website that specializes in FIFA 20.