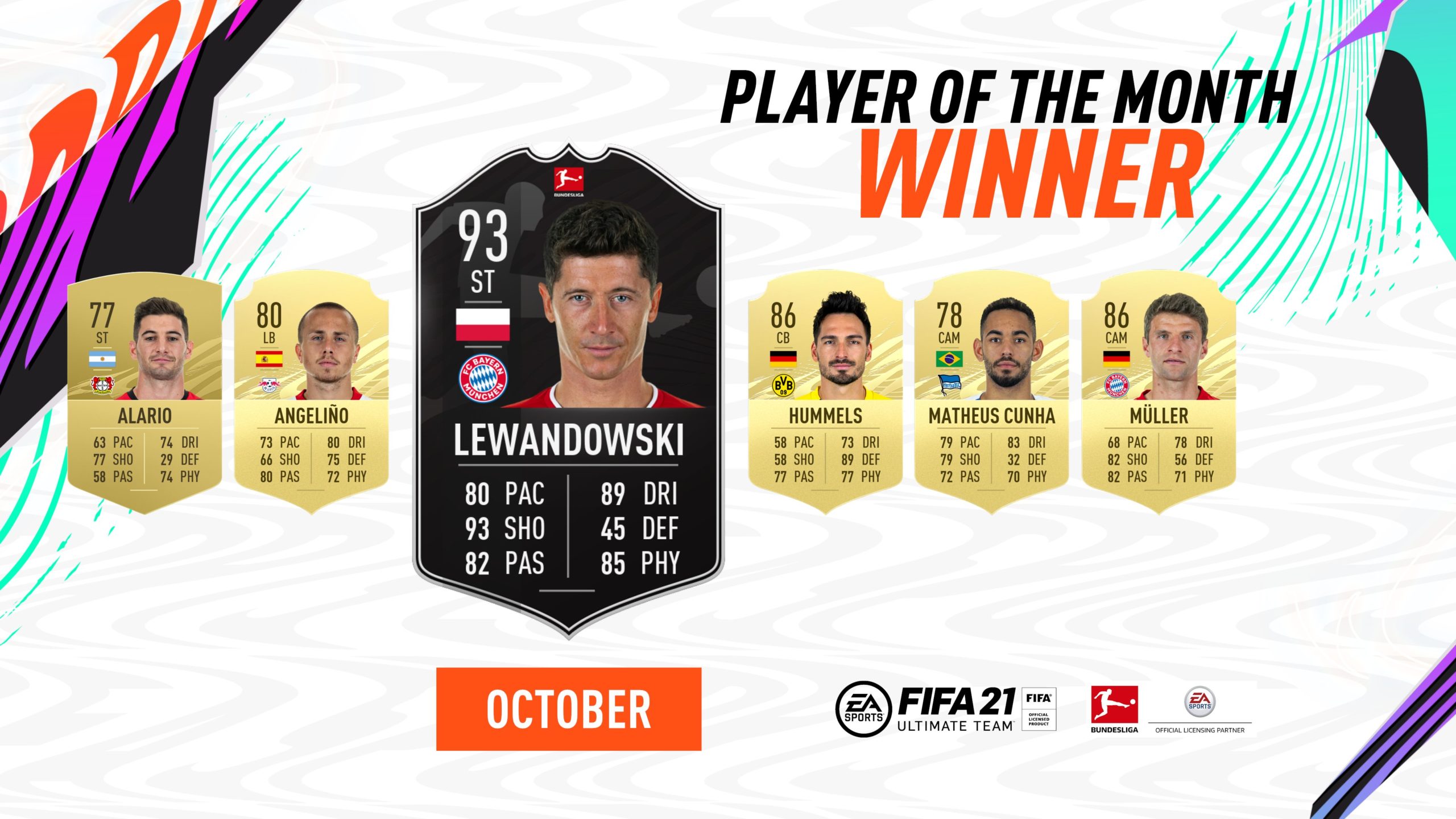 EA Sports added a 93-rated Player of the Month (POTM) version of Robert Lewandowski from Bayern Munich to FIFA 21 today. This item is available through the squad-building challenge (SBC) menu in FIFA 21 Ultimate Team.

This is Lewandowski’s second special card in FIFA 21 Ultimate Team. The Polish star earned the POTM trophy of October because he scored nine goals in Bundesliga matches that month: four against Hertha Berlin, three against Eintracht Frankfurt, and two against Arminia. This SBC will expire on Dec. 20.

EA has boosted all of Lewandowski’s stats, including Dribbling (+2), Passing (+2), Shooting (+1), Pace (+1), and Physical (+1), when you compare this new card to Lewandowski’s 92-rated Inform version. POTM Lewandowski isn’t particularly a meta card, but you can make the most out of it if you apply the engine chemistry style, which will boost his Pace, Dribbling, and Passing stats even more.

Here are the cheapest solutions to complete POTM Lewandowski SBC right now, according to FUTBIN, a website that specializes in FIFA content.