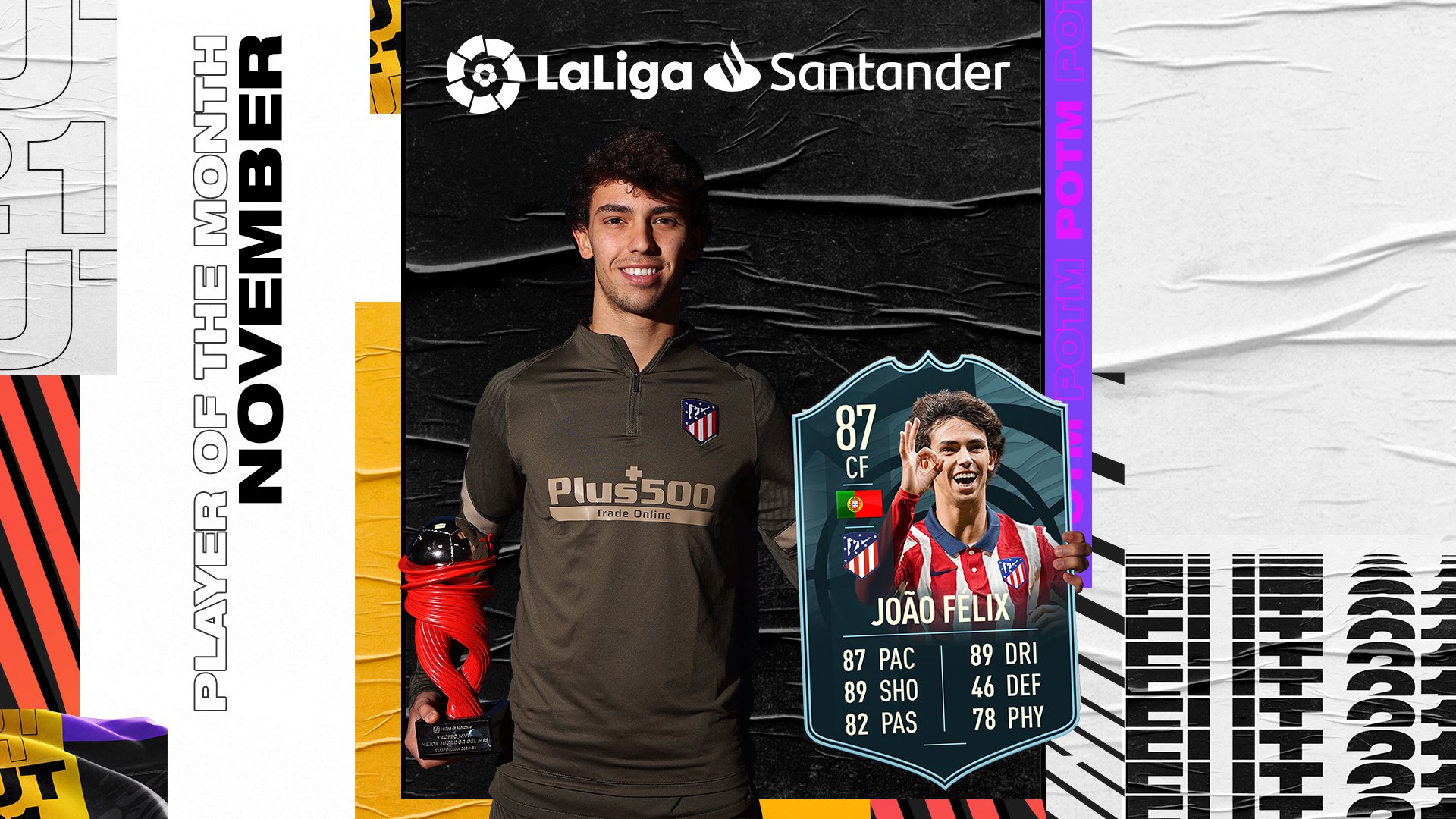 EA Sports added an 87-rated Player of the Month (POTM) version of João Félix from Atlético Madrid to FIFA 21 today. This item is available through the squad-building challenge (SBC) menu in FIFA 21 Ultimate Team.

This is João Félix’s second special card in FIFA 21 Ultimate Team. The 21-year-old Portuguese center forward won the La Liga POTM trophy for scoring two goals for Atlético Madrid during the month of November. This SBC will expire on Jan. 2.

EA has boosted all of João Félix’s stats, including Physical (+9), Shooting (+8), Passing (+8), Pace (+6), and Dribbling (+6), when you compare this new card to João Félix’s 81-rated gold version. This POTM version of João Félix becomes a powerful striker or center forward once you apply the hunter chemistry style. He already has five-star skill moves and a four-star weak foot, which is a great combination for attackers.

This SBC costs around 455,000 FUT coins on PlayStation 4 and is more expensive on Xbox One and PC (around 485,000 FUT coins). The price is fair, though, for a card that perfectly fits the meta in FIFA 21 Ultimate Team.

Here’s the cheapest solution to complete the POTM João Félix SBC right now, according to FUTBIN, a website that specializes in FIFA content.